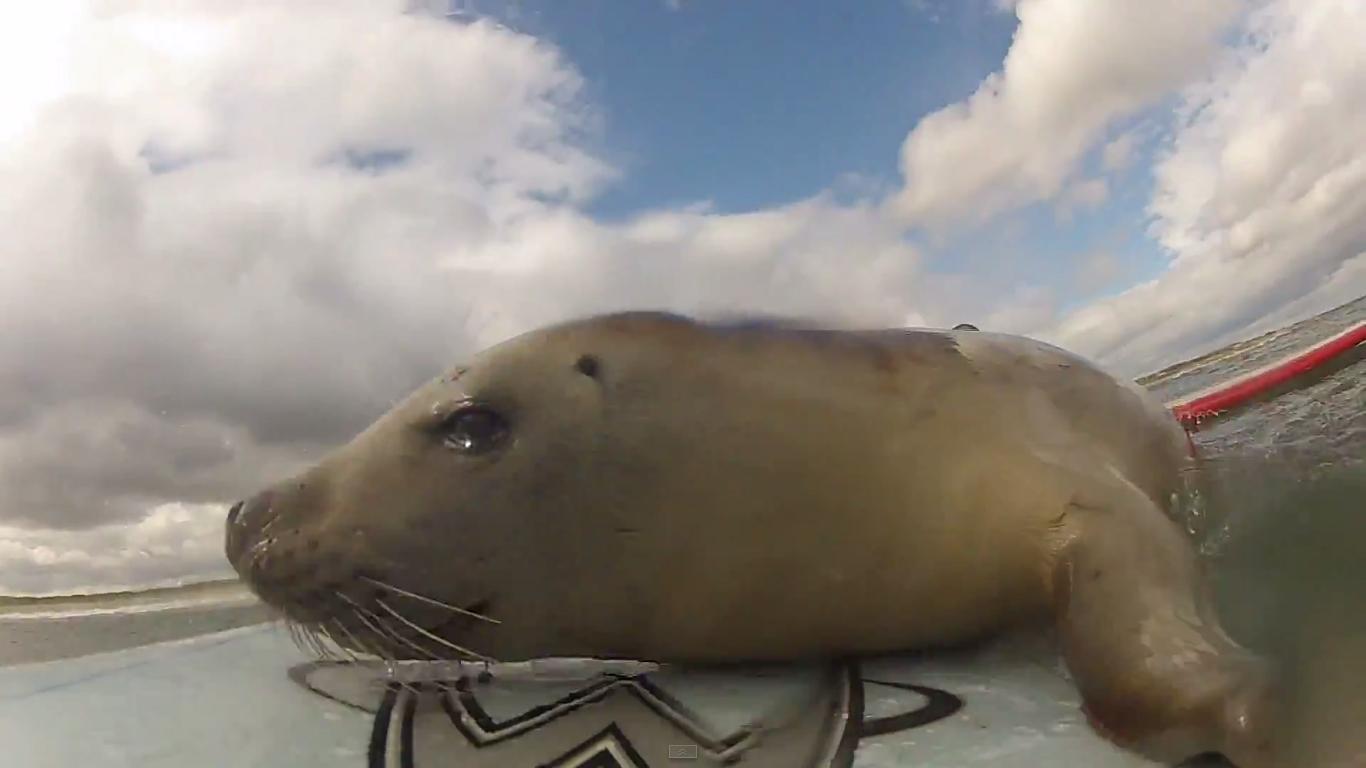 The surfing seal saying cheese(!!!) to the GoPro.

Like a lot surfers, Matthew Stanley uses a GoPro to capture his surf sessions so he can relive the memory on dry land. The sessions aren’t all remarkable, but every once in a while the surfer has an exceptionally notable day. Take, for example, this past Sunday when Matthew Stanley and Andrew Flounders had a surprise visit in the UK from a seal who clearly wanted to show off for the GoPro.

The surfers say the seal kept trying to climb on the surfboards, but struggled with balance and kept toppling off. Not deterred, the seal excitedly rode the waves in on the whitewash with the his new surfer friends for over an hour. Stanley says the audio from the video was lost during post production, but with footage this adorable, who needs it? Take a look at the full video clip below, courtesy of Matthew Stanley:

When I hear the words photobomb and surfer in the same sentence, my mind automatically thinks it’s going to be a shark cameo which makes for a pretty exciting photo but, I have to admit, this could be the most delightful GoPro photobomb footage I’ve seen yet. The small action cameras really make being in the right place at the right time seem a lot less difficult.

[ Matthew Stanley via  The Mirror ]

« Pentax’s New Announcements: A Camera With Looks to Kill And A Wide-Angle Lens
Can I Use That Picture? This Flowchart Helps You Demystify Copyright Law »