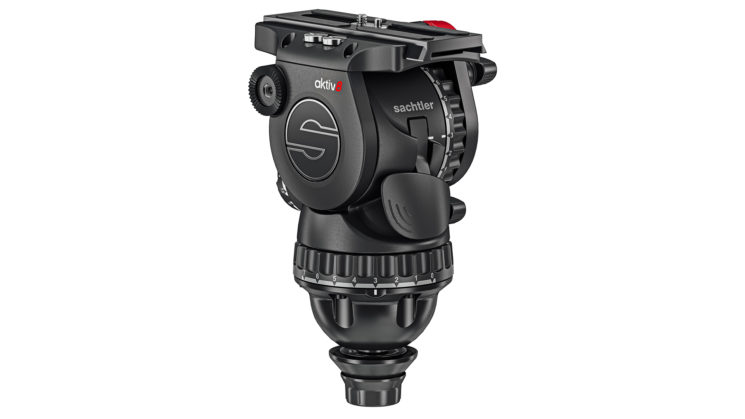 Sachtler has announced its new “aktiv” series of fluid video heads. Designed to replace their popular FSB model heads, the aktiv line is focused on speed and easy operation. There are four models in the new lineup, which are the aktiv6, aktiv8, aktiv8T and the aktiv10. They all share the same design principles but vary in load capacity, weight and size.

The differences between the models are basically down to size and load capacity and in the case of the aktiv8T the type of camera fitting used. Which to go for will largely depend on what type of camera you’re using and what legs you might already have (or be considering purchasing) to sit it all on top of.

These are fluid video heads, designed to sit in a bowl for us on video tripod legs. But they offer some unique new features over existing fluid video heads. For a start, there’s new “SpeedLock” technology which allows you to easily level the bead with just the flick of a lever instead of messing around with a knob in between the legs.

The lever also lets you quickly and easily completely detach the tripod head, with the camera still on top, in order to shift it over from one tripod to another, or to a slider, or any other type of camera support you wish. And the lack of a centre column means you can get this head extremely low to the ground while still having all the benefits of a bowl head to be able to easily level it.

It’s a very neat design idea and takes some pointers from Sachtler’s own Flowtech series of tripods, which we’ve reviewed here. These heads aren’t inexpensive, by any stretch of the imagination, but when you consider they’re built to hold camera rigs on that can potentially value in the tens of thousands, it’s a relatively small financial sacrifice.