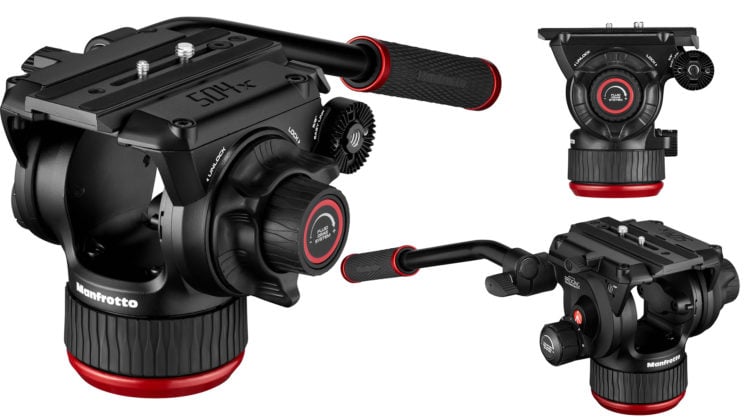 Manfrotto’s 504HD fluid video head has been extremely popular since it was released about a decade ago. It’s a solid but smooth head that supports an impressive 16.5lb load. Now it’s seen an update as Manfrotto launches the new 504X fluid video head with a very Nitrotech-inspired design with some significant improvements.

The load capacity has been increased to 26.5lbs, and as well as an overall change in aesthetic design, it’s changed a little in function, too. Instead of having a built-in 75mm ball base like the 504HD, it now features a flat base with a 3/8-16″ threaded socket offering a much wider range of compatibility with different tripods. but it keeps some of the things users loved about the 504HD, too.

While the 504X retains similar (yet a little beefed up) functionality to the 504HD, the design cues from the Nitrotech series are very apparent.

As with just about all of Manfrotto’s video tripod heads, the 504X takes the standard Manfrotto 500 series video plates and comes supplied with the 504PLONG plate offering both 1/4-20″ and 3/8-16″ threaded screws. Underneath the head, there’s a 3/8-16″ threaded socket for mounting it to a bowl of your choice to be able to use it with any tripod you wish. You’re no longer limited to just 75mm bowl head tripods. 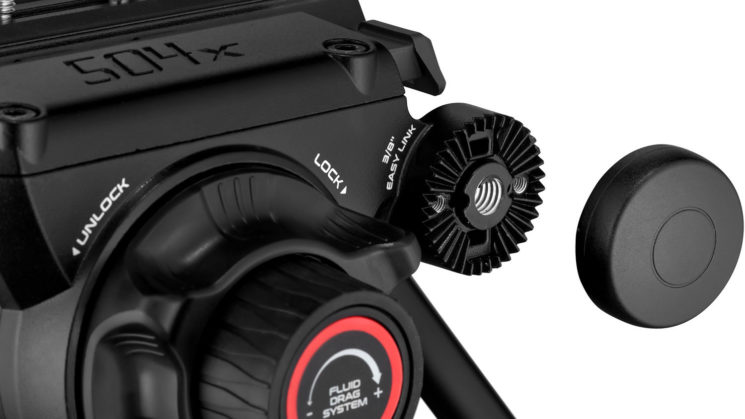 On either side of the head, there are further 3/8-16″ mounting sockets allowing you to mount your handle on whichever side you prefer. There’s a cover for the one you’re not using, but there’s no reason why you couldn’t use it to mount a monitor or another device on an arm, too. And you get your usual adjustments for the fluid drag system for both panning and tilting, as well as four preset counterbalances for cameras weighing up to 6.5kg (14.3lb).

The 504X has retained the illuminated bubble level of the 504HD, but like the Nitrotech heads, it’s shifted position, moving from a difficult to read position underneath the head to slightly offset just outside of the head to make it easier for viewing from above. I use the Nitrotech 608 head and the illuminated bubble level has been invaluable when shooting in darker conditions. 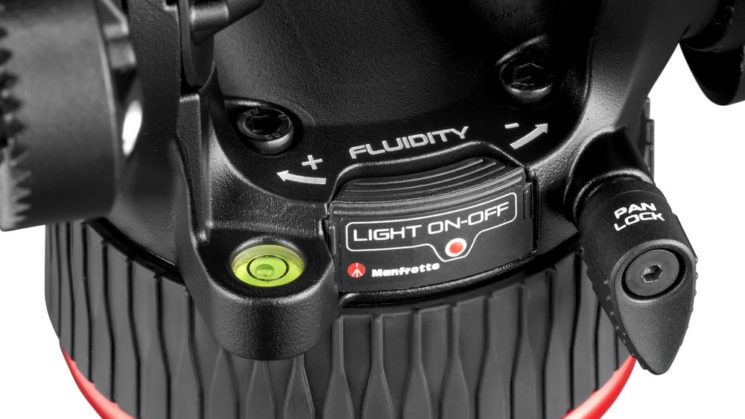 Outside of the design changes and the increased load capacity, the 504X is very similar in many ways to its 504HD predecessor. But one big change that’s come is the weight.There isn’t much difference in physical size, although Manfrotto has managed to shave almost a third off the weight, bringing it down from 2.9kg (6.4lb) to a mere 2kg (4.41lb). For comparison, the relatively lightweight Nitrotech 608 weighs 2.22kg (4.9lb).

I expect 504HD prices will drop in the coming weeks as the 504X starts to hit more retailers, but right now the expected price difference between the two is very little. Currently, the 504HD stands at $382.80 on the B&H website while the 504X is available to pre-order for $399. But then, for an extra $15 you can go for the Nitrotech 608 – arguably a more versatile head, with continuously adjustable counterbalance, even if the 17.6lb max payload is a little lower than the new 504X.

If you’re in the market for a video tripod head at this price point, you’re going to have a tough decision on your hands. Which would you go for? Would you save a little money and go with the trusty 504HD? Go straight down the middle with the 504X? Or step it up a little with the Nitrotech 608?

The Manfrotto 504X fluid video tripod head is available to pre-order now for $399. No word yet on exactly when it will ship.