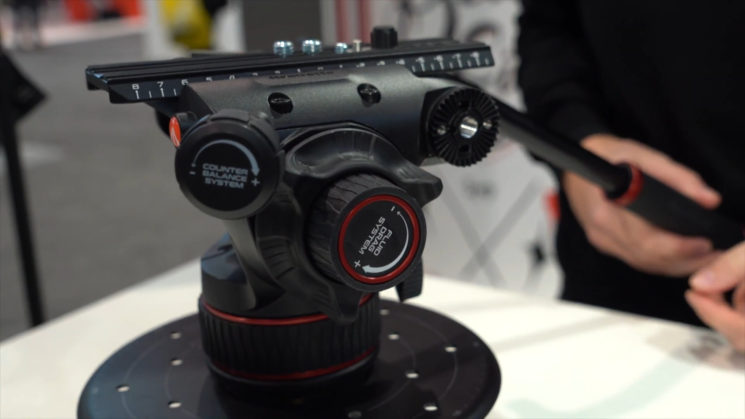 Manfrotto’s new Nitrotech 608 and Nitrotech 612 fluid video tripod heads represent the latest in Manfrotto’s fluid head technology. Designed to offer the smoothest level of control and movement possible, the two new heads immediately drew our attention at NAB 2019. So, we stopped by the stand to have a chat and find out more.

Both heads use a newly developed fluid system from Manfrotto to provide the maximum level of control and smooth motion when shooting video. There are separate controls for both the pan and tilt movements, and the counterbalance system is now more stable. Both heads also offer a quick release system that is compatible with many of Manfrotto’s existing video tripod plates.

Manfrotto was also showing off a new mode of Lykos LED light at NAB 2019. 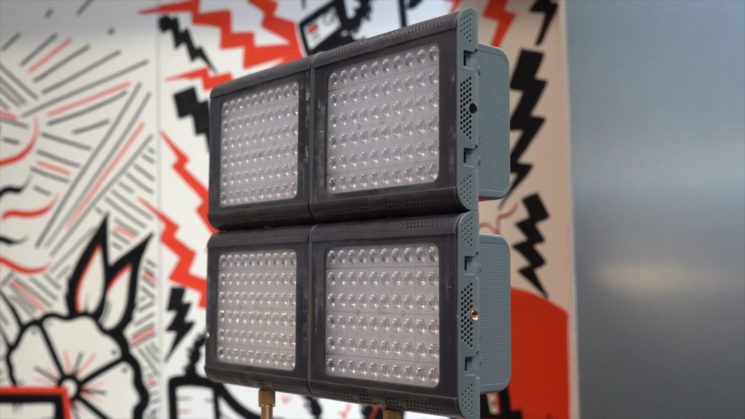 It’s coming in two versions, one being daylight and the other a bicolor. The new lights feature built-in Bluetooth for remote smartphone control for up to 13 lights and can be powered by either Canon LP or Sony NPF batteries. It’s also water resistant with a battery cover to slip over the monitor. We wouldn’t recommend taking it swimming, but it should stand up to a little rain.