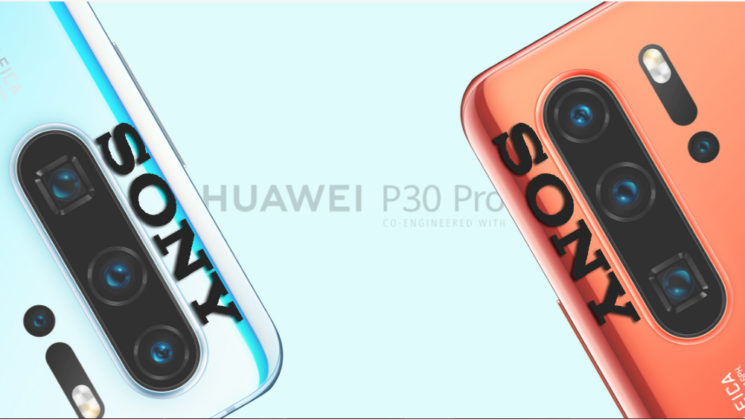 Huawei has recently announced its P30 and P30 Pro phones, aimed to “rewrite the rules of photography.” The four-camera setup of the Pro version offers some impressive features, such as 5x optical zoom, optical image stabilization and excellent low-light capabilities. And while the lenses are co-designed with Leica, a recent teardown has shown that the sensors were made by Sony.

In a recent report by EE Times, the teardown has shown that all four modules use Sony CMOS sensors. Stéphane Elisabeth of System Plus Consulting spoke to EE Times about the teardown, sharing some of the interesting details. He notes that the dual-camera module uses a filter consisting of RYYB (Red, Yellow, Yellow, Blue) instead of usual RBG. “While the main camera’s image sensor supplies RGB signals, the RYYB filter helps to bring in more light,” he adds.

The Time-of-Flight (ToF) camera also uses a Sony sensor. Elisabeth notes that Huawei isn’t the first to use Sony’s ToF camera, but it is the first manufacturer to use it for autofocus.

As Elisabeth told EE Times, this is “a full design win for Sony.” Sony has recently revealed that the company has been struggling when it comes to the smartphone photography market. This was happening due to some internal conflicts between the smartphone and the camera departments. So, although Sony has been making high-quality sensors for other manufacturers, its Xperia line has had some trouble keeping up with the competition.

However, Sony has recently announced that its mobile and camera departments are going to be merged. This could mean that we will see more of Sony’s Alpha tech in Xperia phones. Paired with high-quality sensors, Sony smartphone cameras could start competing again against other leading manufacturers.

« This DIY camera draws every photo you take on an Etch A Sketch
Should we forget about these most popular photography tips? »