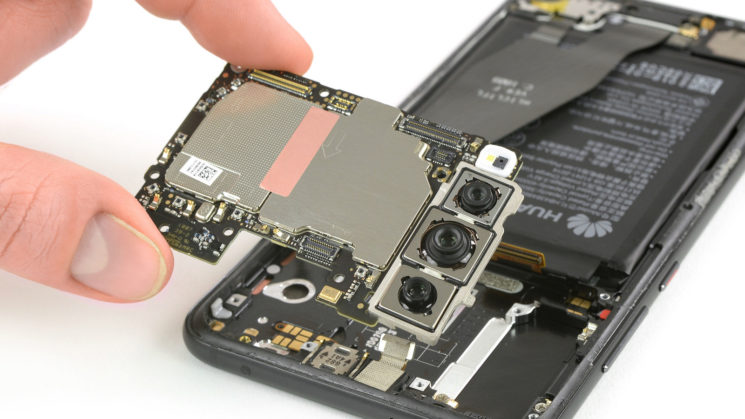 The Huawei P20 Pro, the world’s first smartphone with three rear cameras, has been torn apart by the folks at iFixit to reveal a nice surprise. Above and beyond the published specs, it seems that all three of the phone’s rear cameras feature optical image stabilisation. According to iFixit’s report, only the 8MP telephoto camera in the P20 Pro is supposed to have hardware optical image stabilisation. But they’re not quite convinced.

Officially, only the little 8 MP telephoto cam gets hardware OIS—the others, saith Huawei, rely on Kirin’s Neural Processing Unit for things like predictive focus, settings for over 19 different scenes, and filter effects like bokeh.

That said, this sure looks like OIS hardware to us—three OIS hardwares, to be exact. Are you holding out on us, Huawei?

It does look an awful lot like all three do, indeed, have hardware optical image stabilisation. It could be that right now it’s simply not active in the other two lenses and this is something that Huawei may enable in a future firmware update.

But, it’s interesting to see a camera showing higher specs than advertised. For me, I think if my company were releasing a phone with three rear optically stabilised cameras built into it, I’d be shouting it from the rooftops.

The other stuff inside the phone isn’t anywhere near as interesting. But if you’re into that kind of thing, check out the full teardown on iFixit.