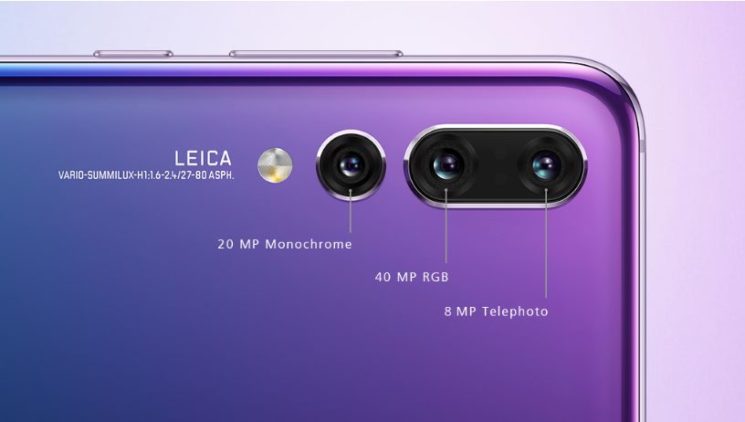 Just like they announced earlier this year, Huawei has launched P20 Pro: the world’s first smartphone with three rear cameras co-developed with Leica. The triple-cam technology brings you 40 MP images and 5x hybrid (optical and digital) zoom. It has caused quite a hype among phone photographers and it has earned whopping 109 points at DxO. So let’s dive in and see what this new phone camera technology has to offer.

The company promises “unparalleled sharpness, color accuracy, focus and contrast” of your photos. Judging from DxO’s tests, this really is the case and the camera performs fantastically in bright light conditions, but also in low light.

Huawei P20 Pro relies on AI to recognize the scene you’re framing, so it can color balance your photo automatically. AI is also used in the 24 MP front camera: there is 3D facial modeling technology and 3D Portrait Lighting. The front camera, according to the company, is all about making “perfect selfies.”

This camera uses 5x hybrid zoom, combining digital and optical zoom. Judging from the tests, it delivers splendid results for a smartphone camera, preserving a great number of details.

As for the video, the Huawei P20 Pro shows good results here as well. As a matter of fact, it got 98 points at DxO, which makes it the number one camera in their video rankings. The electronic video stabilization does a pretty good job, judging by the tests. As for slo-mo, Huawei P20 Pro offers 960 fps video at 720p.

Huawei P20 Pro was announced as a “game changer” and it justifies the announcements, at least according to DxO’s tests. If nothing else, it certainly is unusual and it brings something new to the phone camera market.