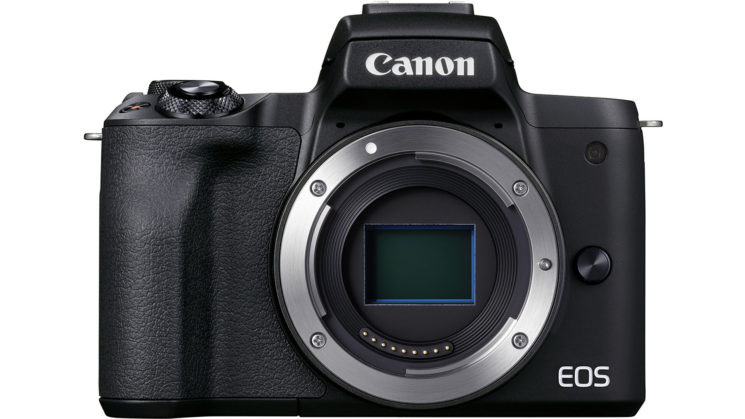 Canon has today announced the new EOS M50 Mark II mirrorless camera. Not much appears to have changed on the outside between the original Canon EOS M50 although it’s had a few significant enhancements on the inside, including improved Dual Pixel CMOS AF (but not for 4K) and Eye Detection AF.

For vloggers, there’s a new vertical shooting mode, and it now has a clean HDMI output signal for when you want to feed into a capture device on your computer for live streaming – although it’s also compatible with Canon’s webcam software. But it still has no IBIS and, it still has that crop when shooting 4K video.

Like its predecessor, the EOS M50 Mark II features a 24-megapixel CMOS sensor, but with an upgraded Dual Pixel CMOS autofocus system.  It also sees a new electronic shutter option, vertical video capture that you can stream to YouTube live via your smartphone, and vloggers can now tap an on-screen button to start and stop recording rather than having to hunt for a button.

I was so looking forward to this release. I really wanted to (finally) give Canon some money. I wouldn’t have even minded that it didn’t come with IBIS, but the fact that it still has that 1.5x 4K crop video is pretty annoying and delays my purchase for at least one more generation. And that’s 1.5x on top of the 1.6x crop built into all APS-C cameras, by the way, giving you a grand total of a 2.4x crop. Yes, folks, even tighter than the Micro Four Thirds 2x crop.

What isn’t available when shooting 4K, though, is Dual Pixel autofocus. That’s only for 1080p – where you do get to see the full width of the sensor. 1080p also allows you to shoot up to 120 frames per second (although there’s no mention of bitrate).

Overall, though, despite a couple of nice improvements to the autofocus, it’s a tiny incremental update from its EOS M50 predecessor. It’s certainly not the ideal vlogging camera that many had hoped for.

The Canon EOS M50 Mark II is available to pre-order now for $599 and ships in November.