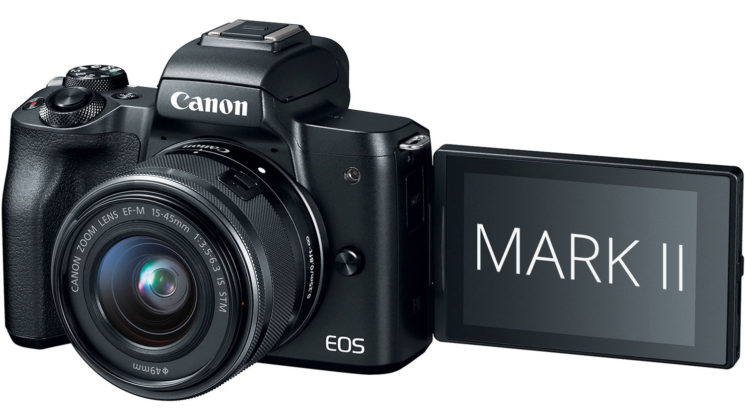 Canon’s popular EOS M50 was released only a couple of years ago, and we spoke with Canon about it when we were at The Photography Show back in 2018. But now it looks like we might see an EOS M50 Mark II coming at some point this year. Or, at least an announcement.

Canon Rumors reports that there’s a higher-end APS-C camera coming to Canon’s mirrorless lineup and they’ve been told that it will be an EOS M50 successor. But while the announcement may come this year, it may only be for Japan right now. The rest of the world might not see it until 2021.

The EOS M50 has proven to be extremely popular in Canon’s APS-C mirrorless lineup over the last couple of years, and on release, I felt it was almost perfect. The thing that killed it for me was that 2.5x crop when shooting 4K video. Otherwise, I’d have bought one there and then.

This isn’t the first time we’ve heard a whisper about an upcoming EOS M50 Mark II. Way back in November last year, the idea was floated, although it seemed very much like wishful thinking at the time. The specs mentioned were a 32.5-megapixel APS-C CMOS sensor, 4K UHD, FullUHD 1080p @ 120fps (which I’m more inclined to believe now than I was then), a 3″ 1.04m-dot flippy out LCD and an announcement date around September 2020.

Although Canon Rumors says (and we agree) that the EOS M50 Mark II won’t be a replacement for their now-defunct EOS 7D DSLR line, it should be a big upgrade over its EOS M50 predecessor. Given Canon’s recent releases with the EOS R5 and EOS R6 and the reception they’ve had (despite potential overheating issues), I would hope it is, too.

Firstly, let’s get rid of that 4K crop, yeah? I wouldn’t go expecting RAW video, though.