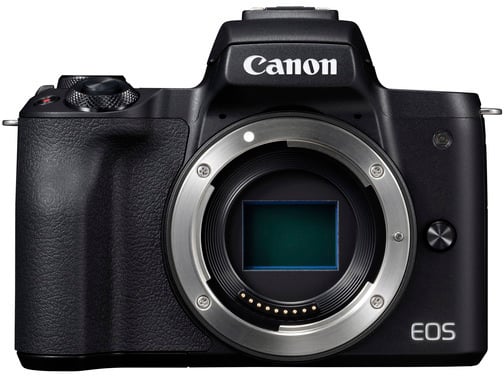 When the Canon EOS M50 was first announced in February it looked quite intriguing. So we went over to the Canon stand during The Photography Show to check it out and have a bit of a chat. The EOS M50 is primarily aimed at beginners looking for a simple camera with powerful features. But it’s also ideal as a second, smaller camera for those shooting Canon DSLRs.

The specs of the camera are very impressive, and despite not being the top mirrorless model in Canon’s lineup, it contains some features and tech that the higher models do not. But this is essentially the first of the next generation of Canon mirrorless. We can likely expect 4K, dual pixel autofocus and all the rest of it coming to the other products in the lineup as each is due for replacement.

Even though I’m not a Canon shooter, this camera was particularly interesting to me as I’ve been looking at something new for vlogging. I thought that this might be the camera that could finally make me invest in modern Canon systems. The EOS M50 almost ticks every single box for my own needs. Almost. 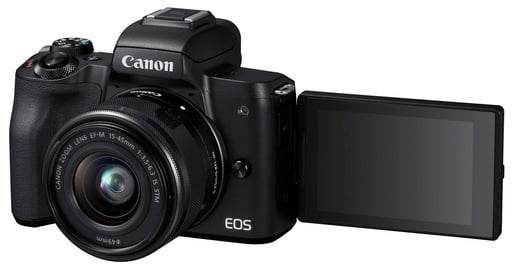 That 2.5x crop when shooting 4K video is the deal breaker for me. APS-C sensors already crop a little too much as it is. When you’re vlogging, with a 1.5x or 1.6x crop, you need a focal length of around 15mm to be able to get a decent view when handholding your camera while talking to it. With a 2.5x crop, you’d need closer to an 8mm lens to get the same field of view. If they can fix that in a future mirrorless release, and still give us the microphone socket, flippy out LCD and 4K video, that camera would almost certainly end up on my shopping list if nothing else comes out in the meantime.

Aside from that, though, it’s a great little camera to hold and use. It feels good and solid while still small and light. The controls are all easy to access and intuitive, and the image & video quality I saw coming out of it in my brief time with it looked pretty amazing.