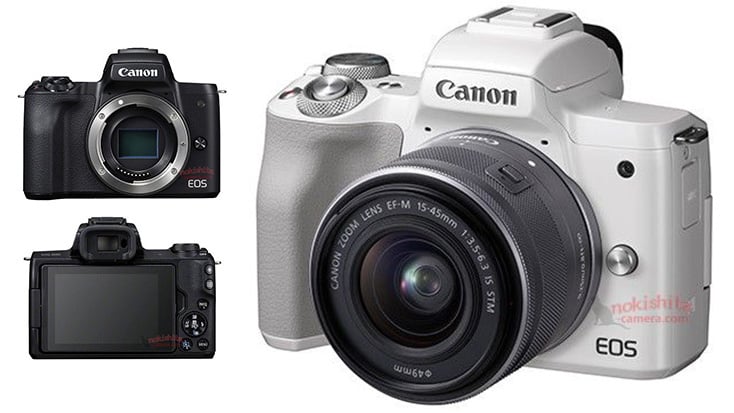 After releasing a few images of what is reported to be Canon’s next mirrorless offering, Nokishita have released a few more images of the EOS M50, along with a pretty extensive set of specs, too. Overall, it doesn’t look too bad. 10fps shooting, ISO 100-25600, 4K video, CC-Raw, and “Pupil detection AF” which sounds an awful lot like eye-tracking.

The Canon EOS M50, of course, hasn’t even been acknowledged publicly yet. We’re still waiting to find out about that secret meeting. So, remember that these are still at the rumour stage, but if true it looks like a very interesting little camera.

So, we’ve got the dual pixel autofocus that we expected, but that “Pupil detection AF” is very interesting. As I mentioned above, it sounds a whole lot like the eye-tracking AF that Sony users have come to know and love.

On the video side of things, it only lists 4K 25p and 24p. Presumably, the camera from which these specs come was set to PAL. So I would imagine it also offers 30p for customers in the US. HDMI HDR output sounds very nice, too, especially if that’s a clean uncompressed HDMI output.

While it will no doubt be very strong in the area of shooting stills, with 4K video, “Pupil detection” autofocus, and combination IS, it could become an instant hit with vloggers. And, as we can see in the photo showing the rear of the camera, the LCD flips out sideways. Not up (being blocked by a microphone) or down (being blocked by a tripod) as so many other manufacturers seem to screw up.

Even as a Nikon shooter, this little mirrorless is looking very attractive indeed.

« Attention, Photoshop might delete your files…
How much should photographers charge in 2018 »