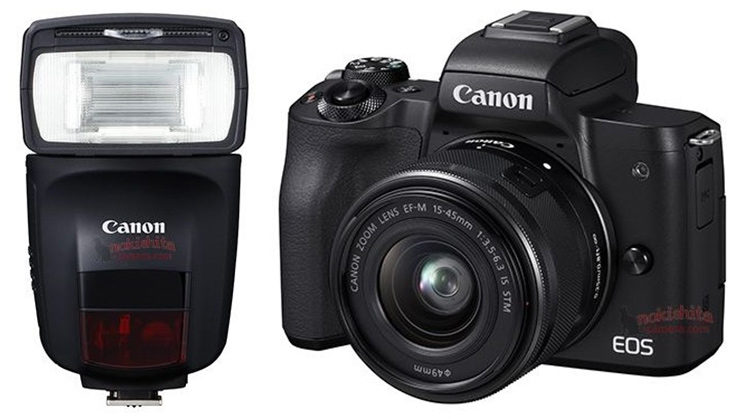 Last month there was the invitation to the secret dealer meeting about some new Canon mirrorless camera. Then we discovered that this might be the EOS M50, capable of shooting 4K UHD video. Now, thanks to Nokishita we’re seeing what are reported to be leaked images of the new camera, and 470 EX AI flash unit, along with some specs. 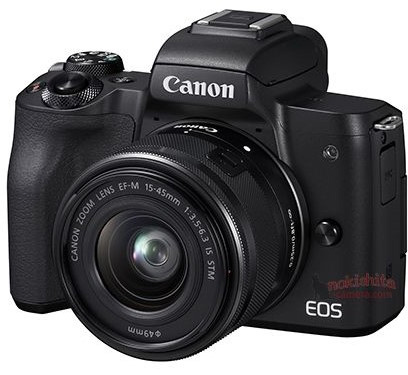 According to Nokishita, the specs look pretty respectable for a small APS-C mirrorless camera, along with some cool new space-saving features for your memory cards.

10fps at 24.1MP with dual pixel autofocus? Sounds like a fantastic lightweight system for sports, wildlife, or just chasing your kids around the local park. Shooting at those kinds of frame rates, though, is going to fill up a memory card quickly. Thanks to the new C-RAW format, though, you can expect to fit nearly twice as many images on that card.

Beyond being able to shoot 4K, there’s not really any word on video capabilities yet. We don’t know if it’ll shoot Log or Raw video, but with that dual pixel autofocus, it should be able to keep up quite well with moving subjects. At least, it will if shooting video with autofocus is your thing.

Obviously, there’s no word on price. We won’t know anything for sure until after this secret meeting. That being said, Nokishita believes that it will be available for pre-order starting February 27th.

Along with the EOS M50, Nokishita posted a photo of a new on-camera flash unit, the 470 EX AI. Presumably, this will launch alongside the EOS M50 but, again, no idea on price. 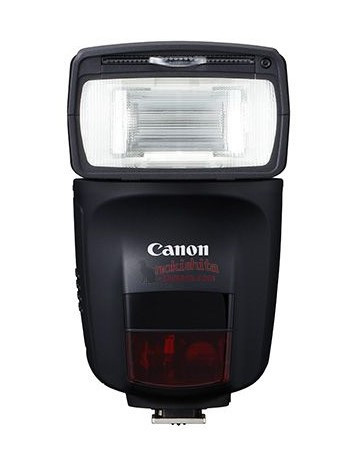 It looks like it’s shaping up to be a pretty impressive little camera if these specs are true. It will be interesting to see how this compares to their existing mirrorless models, and eventually, Nikon’s supposed full frame mirrorless offering. I’d also be curious to see how well it stacks up in person against other recent announcements, like the Fujifilm X-H1.