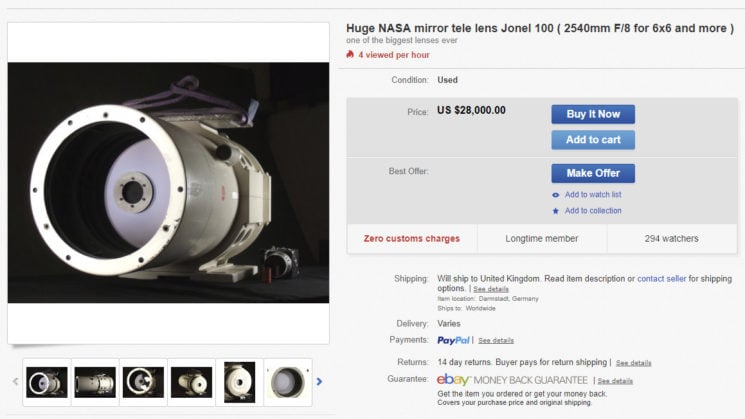 Way back in 2015, just a couple months shy of three years ago, we told you about a pretty insane lens that went up for sale on eBay. That lens is a massive 2540mm lens used by the likes of NASA to track the Saturn V rocket launch during Apollo and other programs. Back then, it was listed for an eye-watering $33,500 and the listing has remained, unsold. Now it appears to have received a little bit of a price drop.

With a little over 15% knocked off the former price, this beauty can currently be had for a mere $28,000. According to the new listing, a buyer was found at one point, but it’s been relisted after the buyer realised he’d actually have to pay for it.

This monster of a lens works with a 6×6 medium format film camera. The owner of the lens, “aerozeiss2” says that he spoke to John H. Ransom, the grandson of the person who produced these lenses. He says that they were used with high speed 70mm movie cameras, shooting up to 125fps. It’s a Schmidt-Cassegrain design mirror lens, with mint optics, so it says.

The original cost to NASA, he says was around that of your average family home. It weighs about 180lbs (~81. 6kg), and the tripod shown in the photographs is not included in the listing. 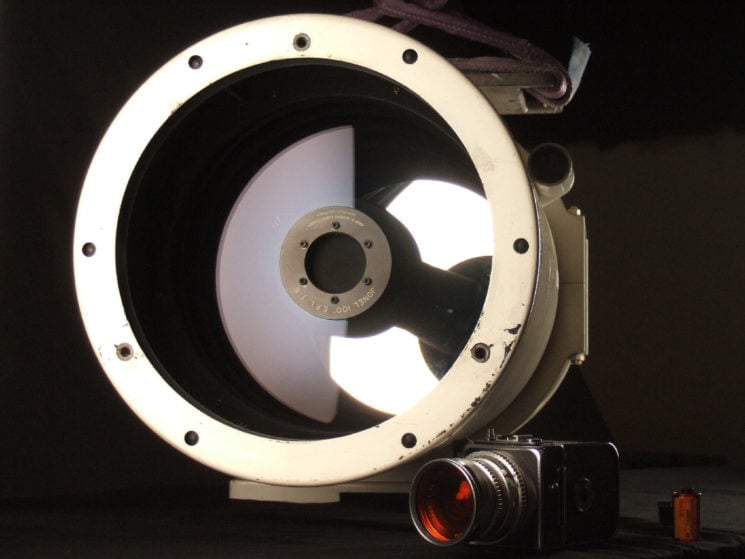 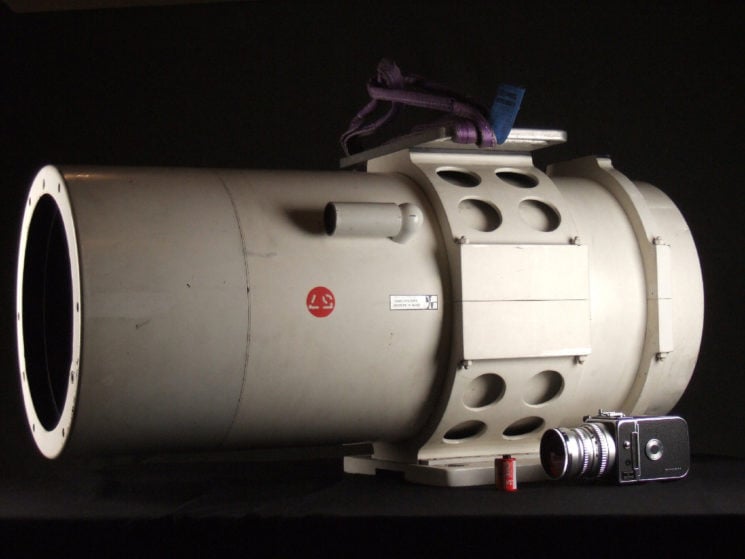 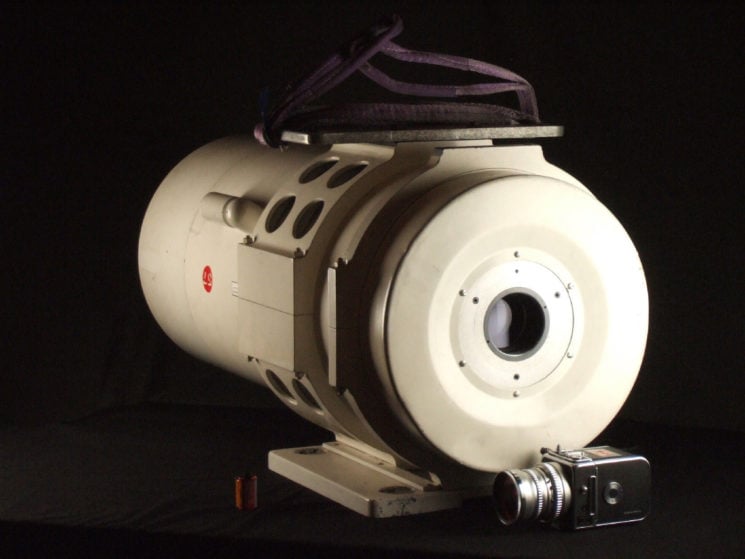 It seems to me that this could be an ideal candidate for Mathieu Stern’s weird lens challenge series. He may need a sponsor or two to cover the price tag, though.

If you want to snag this for yourself, head on over to the eBay listing. And if $28,000 is a little too rich for you, the listing does say that he’s open to offers for this one of a kind beauty.

« Images of the new Canon EOS M50 mirrorless camera and 470EX flash unit have been leaked
Wedding photographer takes photos of bridesmaids’ cleavage and bums, gets sued by the couple »