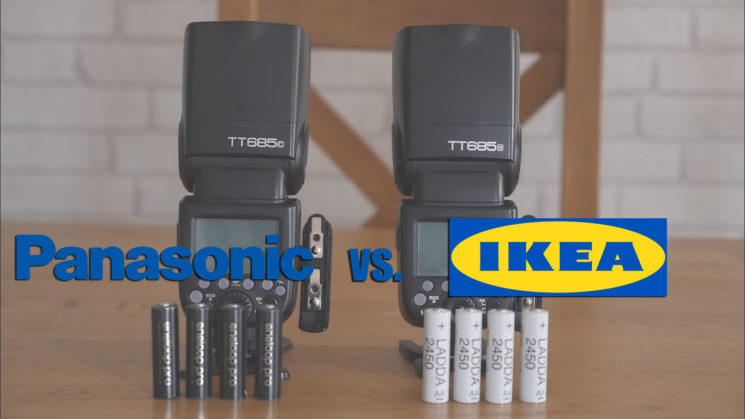 Many items from IKEA can be useful for photography. But what about their batteries? Martin Cheung has decided to perform a test and check which batteries recycle faster: Panasonic Eneloop Pro or two times cheaper Ikea LADDA. The result is a really pleasant surprise.

Martin uses two Godox TT685C speedlights for the test. One uses Eneloop Pro batteries, and the other is powered by Ikea LADDA. He triggers both flashes at the same time to test how long does it take for each to recycle. Note that he doesn’t compare how many times each flash goes off because it would take too long. Also, he points out that it’s more important that the batteries recycle fast so you don’t miss the moments. When they get worn out, you can always replace them with a fresh set.

In the test, the left flash uses Eneloop Pro, and the right one uses Ikea LADDA batteries. They both use the identical settings. At one point, Martin switches the batteries between flashes, and the result is the same. In the video above, you can see what happens when both flashes fire, and you can conclude that the one containing Ikea batteries recycles faster.

For me, the time has come to buy a new batch of batteries, and I’ve been delaying it because I don’t feel like spending $20 on a 4-pack. So, I think I’m gonna try with IKEA this time. Have you used their batteries? What are your impressions?