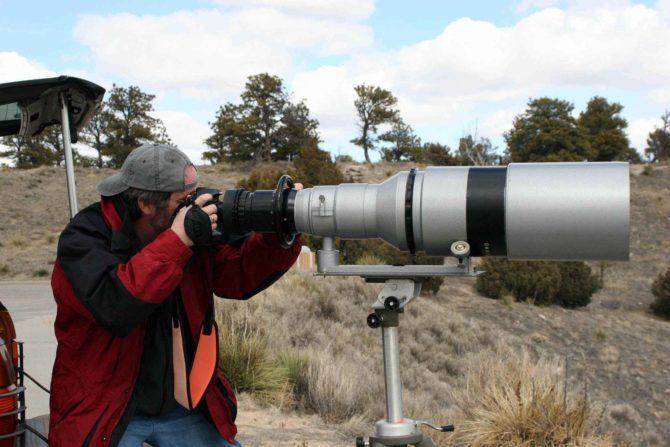 When it comes to photography, there are many out there who believe that size matters. For photography collector Jim Headley, it definitely seems true. 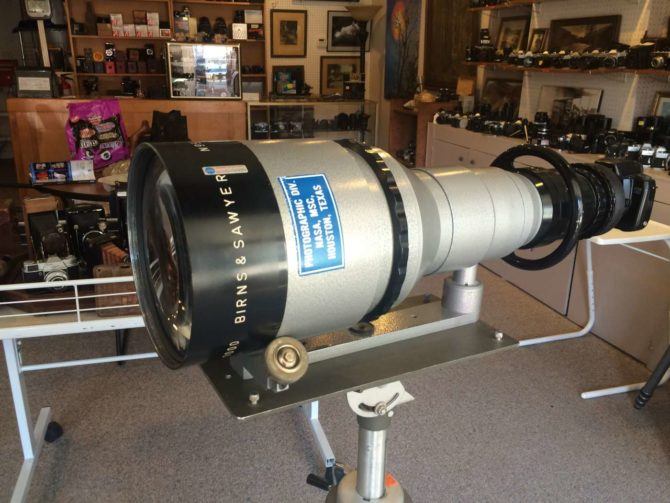 Headley has been collecting cameras for 34 years, and works for The Hastings Tribune in Nebraska, as well as operating his own Old School Art and Camera store.

After having been made in Germany by Astra in 1964, it eventually found its way to being sold in a US Government surplus auction in June 1986. It was purchased by a professional government auction buyer from Laramie, Wyoming, who then then sold to Mike Stoesz, owner of Rainbow Photo in Laramie.

After Stoesz decided to close the store in 1998, Headley jumped in with an offer, trading several cameras for the lens. Headly then built a custom mount to hook it up to his Canon EOS cameras. Specifically, a Canon EOS 40D, giving it the equivalent field of view of a 1600mm lens on a full frame body. 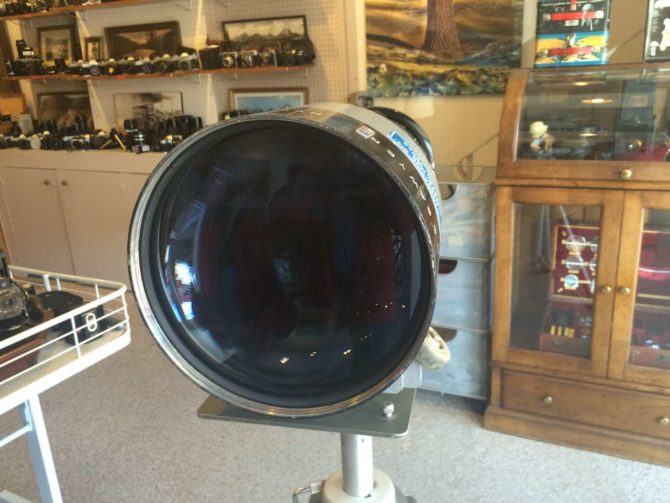 With a lens hood about as big as your average trash can and weighing around 32kg, the lens is ridiculously unwieldy, reportedly taking two or three people to actually use it in the field.

While long lenses are often great for portraits, you’d have to shout real loud if you wanted your subject to hear you. Headley has found that the lens works excellent at a distance of around 7 miles, but that it does start to suffer from a lot of distortion and thermals at such range. 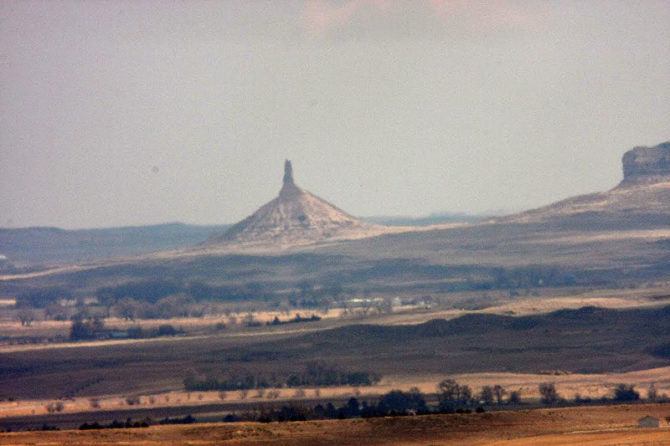 Chimney Rock from 20 miles away.

Chimney Rock from 7 miles away.

So, why’s he getting rid of it now?  Well, Headley writes that it’s so big, he can’t take it out very much now without suffering from back pain. He also feels it’s time another collector got to enjoy this lens for a while and wants to use the funds to expand his small shop from being a part time hobby into something far more grand.

A price on this lens has not yet been set, but for reference, the Zeiss 1600mm f/4 lens introduced in 2006 for Hasselblad sold for more than $70,000. While this lens is slightly slower, its rarity and compatibility with Canon could mean this lens commands a much higher price. A Leica 1600mm f/5.6 lens was commissioned in 2012 for just a hair over $2mil.

The lens will be listed later this year through R&R Auctions in Amherst, New Hampshire. Contact them for more information, ro speak with Headley directly through his web page for this lens.

If this lens seems a little rich for your wallet, but you still want that 1000mm, then wait a little while. Canon may have something for you very soon.

I can’t ever see myself needing a lens anywhere close to this big for anything I’d ever want to shoot, but how about you?  Could you find 1000mm coming in handy?  Let us know in the comments.

Goldstein Turns Down “Enormous Amount Of Money” For 17,500 Vivian Maier Negatives; Sells To Toronto Gallery Instead