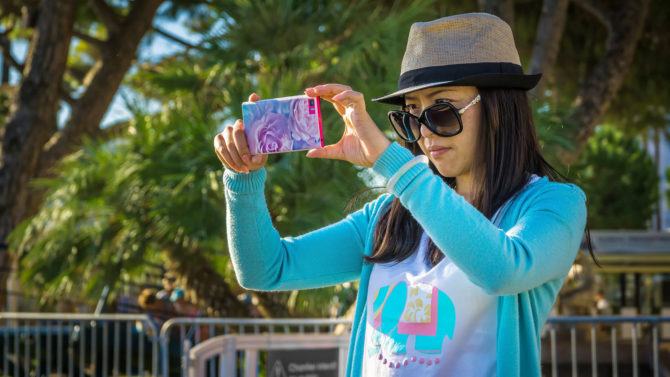 Adele might disagree with this one, but a team of researchers at the American Psychological Association have published a study reporting that taking photographs of an experience can actually increase the enjoyment of that experience.

With several lab and field studies conducted, each of the over 2,000 participants were either banned from using or allowed to use a camera while on safari, at a concert, museum or restaurant.

Experiences are vital to the lives and well-being of people; hence, understanding the factors that amplify or dampen enjoyment of experiences is important. One such factor is photo-taking, which has gone unexamined by prior research even as it has become ubiquitous.

The researchers put forward that technological innovation has made photography a daily activity for millions of people, simply becoming another part of our lives, much as writing in a diary or making a phone call might’ve been in the past to record or relate our experiences.

The study noted a few interesting observations.  Of the participants that visited the museum, those that were allowed to photograph actually spent more time examining artefacts and exhibits.

This observation makes a lot of sense.  If I’m walking around a museum and not concentrating on an LCD screen or viewfinder, I’m scanning the exhibits as soon as I walk into the room, already making decisions about what I do or don’t want to look at more closely.

In museums where photography has been allowed, and I’ve wanted to photograph someething, even if just on my iPhone, I’ve often spent more time looking around each of the exhibits in the room, to determine what might make a good photograph.

Lab experiments also found some disparity between how participants would create the photographs.  Designed to mimic shooting with different types of cameras, and different user interfaces, minimalism and allowing the user to easily see what they’re photographing were key. 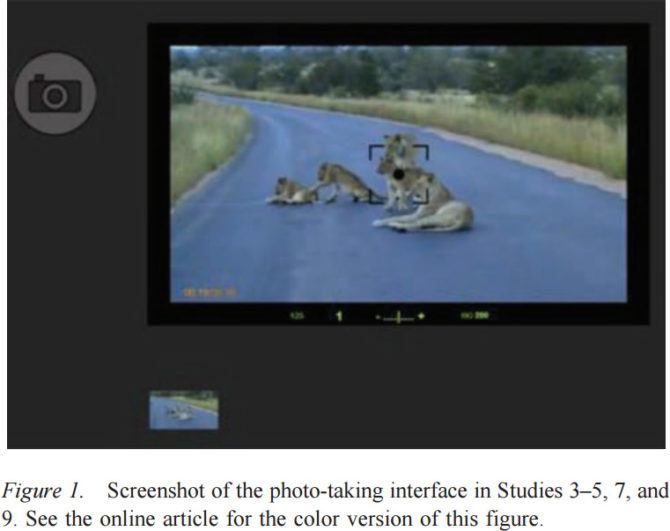 Using an unwieldy DSLR that hindered your view of the world while looking through the viewfinder heightened enjoyment less than shooting with something like a cellphone or other camera with a large LCD display that would allow you to easily see what you were shooting.

The enjoyment experience enhancement was also let down a little by user interface design with distractions such as image reviews, thumbnail previews, and delete options, although, overall, having a camera did increase their enjoyment level. 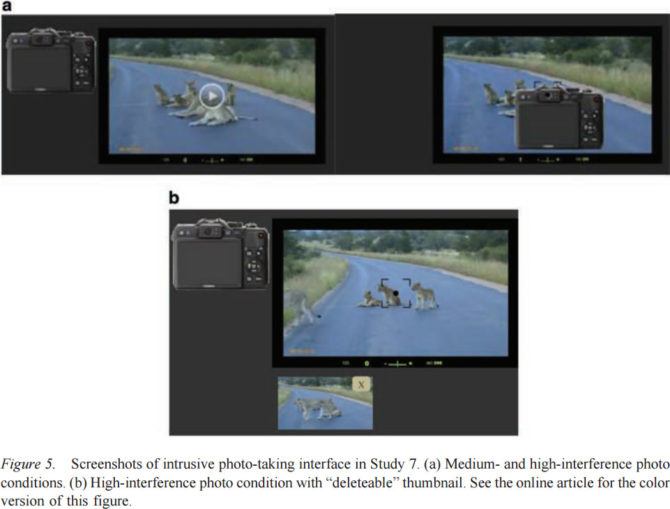 Lower levels of enjoyment were reported only during uncomfortable experiences, such as the pride of lions attacking the water buffalo.  But one could argue that such an event might lower enjoyment levels with or without a camera in your hands.

The study is interesting, and appears to be very very well documented, if a bit long winded in parts (I didn’t manage to make it through all of it yet), and leaves a few unanswered questions.

You can read the full report of the study on the APA website, but you’ll probably want to either print it out, or relax on the couch with your tablet and a very large drink to get through it all comfortably.

What do you think?  Does the act of taking photographs make you enjoy an event more or less?  Having read the report, do you think they could’ve improved their method?  Let us know in the comments.

Adobe Creative Cloud increases prices in the UK and Sweden

This Research Shows The Top 100 Photographers On The Web. US Humans Of NY Wins Big Time