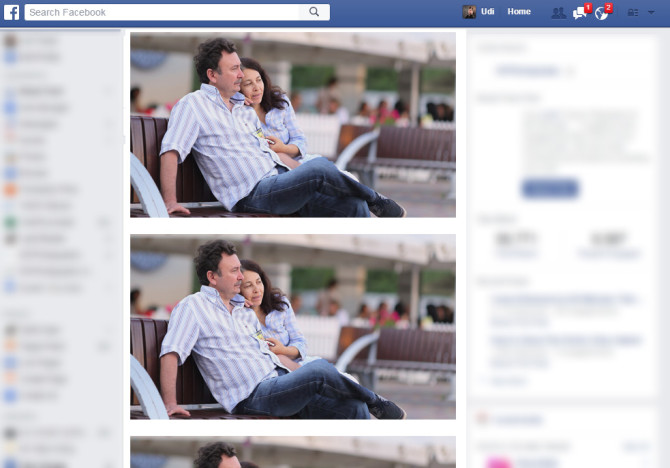 But a study from Cyberpsychology, Behavior, and Social Networking magazin, shows that posting those cheesy photos to Facebook actually increases the odds for a couple to stay together. The study checked how couples interaction on Facebook impacted the time they stayed in the “in a relationship” on Facebook. (Actually, the more accurate description was if posting more joint photos, statuses and writing on each other’s walls increases the likelihood of staying together after 6 months).

it’s the idea that the claims people make about themselves in public are likely to become internalized about what they think about themselves. People bridge that gap, and we become who we claim to be. The same holds true for relationships, Having an online audience encourages you to see your love life from the imagined perspective of your Facebook friends. And when the information you present to your friends is “Facebook perfect,” your relationship may seem a little glossier as a result.

Approval from friends is also a factor, Toma says: Research suggests that the extent to which people tell others about their relationships and gain their approval is correlated with the relationship lasting longer.

So there you have it: the more coupled photos you post to Facebook, the more likely you are to stay together.

[Cyberpsychology, Behavior, and Social Networking via Yahoo Health | lead image based on photo by Vladimir Pustovit]

« Canon Released an ISO Monster That Goes Up To 4,000,000 ISO
Getting Hired: 10 Tips from National Geographic, The Cut, Sports Illustrated & More »