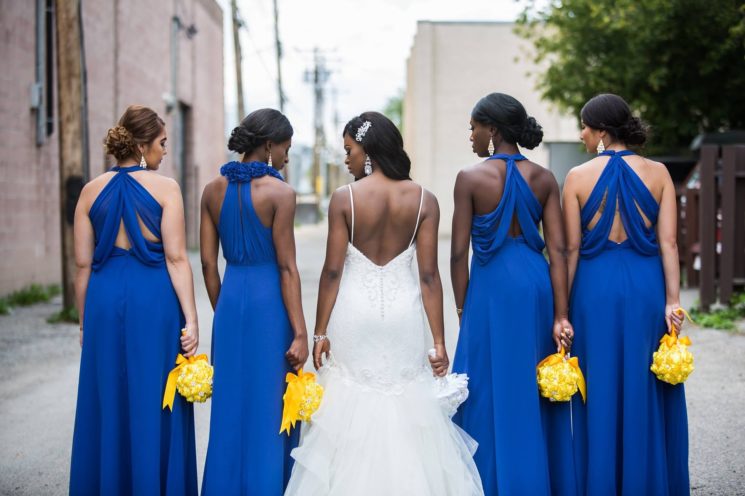 Steph and Paul Unwin hired photographer David Kilcourse for their big day in June 2015. As Metro writes, they bought a package which included the full day: from the bride getting ready, through the ceremony, meal, all the way to night time. The package was also supposed to include a photo book, two prints, edited images and a CD. However, the photographer reportedly didn’t fulfill the deal.

The first thing that made the couple unsatisfied was that the photographer didn’t appear on time. Steph says that he only arrived when everyone was ready, and he didn’t deliver the promised photo albums. According to Steph, the photos were also unedited, angled and blurry. However, the content of the photos was what made the couple shocked. Instead of them, their parents, family, and friends, there were reportedly more bums and cleavage shots than anything else.

As VT writes, Kilcourse took 96 photos of the two bridesmaids, and many of them were focused on their legs, cleavage or bums. There were 70 photos of the bride and only 11 of the groom. Steph adds that there was only one photo of her parents and none of her in-laws. The bride says that the photographer “caused so much heartache” and that there are so many moments missing from her and Paul’s big day.

Because he failed to deliver what the couple paid for, they took Kilcourse to court in 2016. As Metro writes, they won £601 ($840) after he failed to appear in court.

The photographer has his side of the story, too. He claims that the lack of photos was due to bad weather: “Steph said that we didn’t take any outside shots of the wedding, when it was pouring it down all day.” He adds that his company did over 1,000 weddings, and there were ten complaints of that severity over the time. The photographer also explains why he couldn’t appear in court: “It was in Nottingham, it would have cost me a fortune.” His company has folded since then and Kilcourse claims “it’s all done and dusted.” As for the numerous photos of cleavage and bums, the photographer didn’t comment on that.