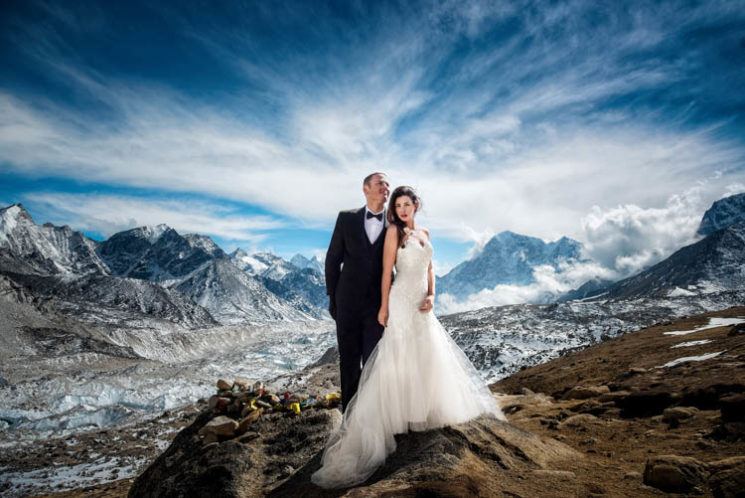 Some couples dream of having a classic white wedding and the others want something out of the ordinary. But James and Ashley took unordinary to a new level by exchanging vows at Mt. Everest Base camp, at 17,600 ft. The obligatory tux and a dress were there even at temperatures well below zero. And they were fortunate to get a photographer who is as adventurous as them to capture it all on camera.

Charleton Churchill took the photos of this brave elopement. Considering that the ceremony was everything but ordinary, so are the photos. The magnificent view, the beautiful bride and groom in wedding attire and hiking boots, surrounded by the view so gorgeous that it makes you gasp in awe. We got in touch with Charleton and got to hear more about this adventure. Although the photos are magnificent, it took a lot of effort to get them shot and he and the couple went through a lot. But it was worth it.

It all began when Ashley contacted Charleton on Instagram, saying she wanted an adventure wedding. She hadn’t chosen a destination, and she was thinking of something tropical and enjoyable. She asked for the photographer’s opinion, and he tried suggesting something completely different. “What about Mt. Everest?” And as you can guess – she said yes.

Both the photographer and the couple are sporty and adventurous. Nevertheless, they trained for a year for this demanding climb. It was their plan to stay 2-3 weeks in the mountains and get to acclimatize their way up to the basecamp. Charleton shares that James and Ashley were fantastic trail partners. They were like family and supported each other when things would get tough. And they did get tough. 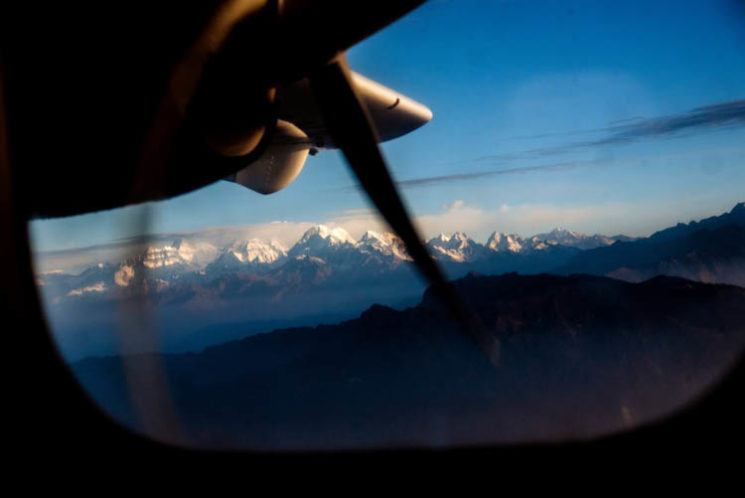 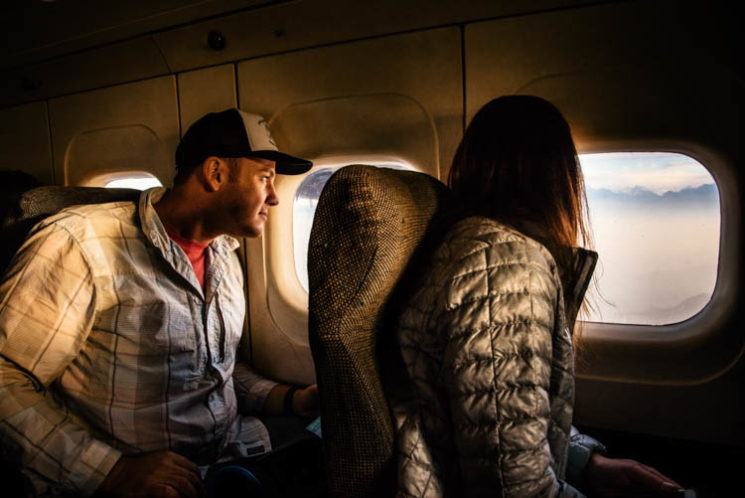 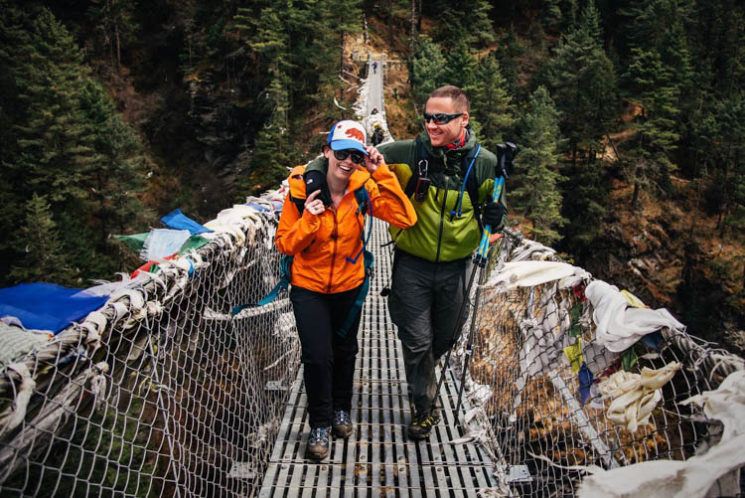 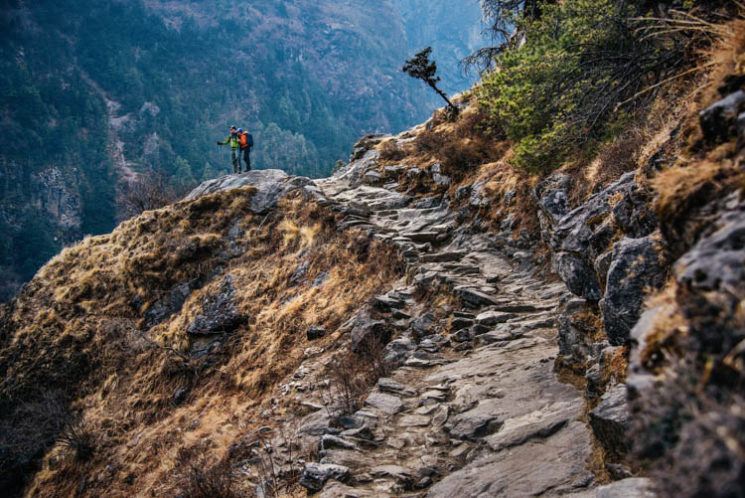 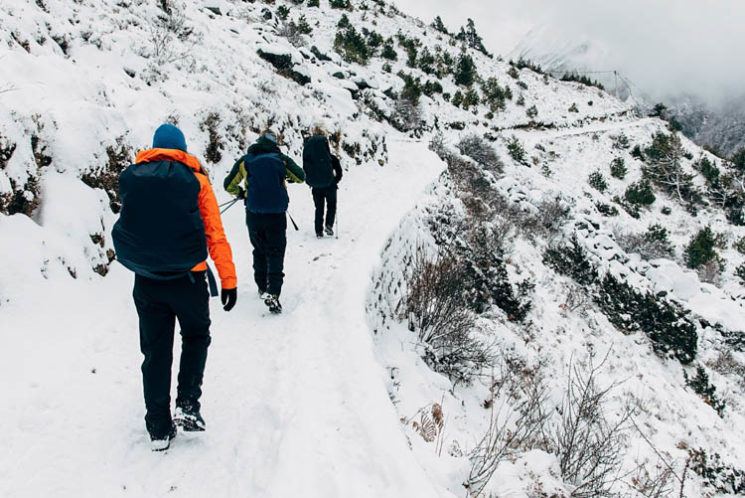 The conditions were harsh, as you can probably imagine. The temperature would get from -8 to 10 degrees F from 14,000 ft. camp and above. There was more snow during their climb than it was for the entire winter. Charleton’s hands would freeze when he wanted to take photos and videos, and he had to turn a live Facebook filming off because of it.

James had Khumbu caugh, and the night before reaching the base camp, he began to suffocate due to high altitude. They got him on oxygen all night, and in the morning reconsidered the decision of getting to the base camp. But James got better, and after the discussion with the guide, they decided to get to the base camp carrying oxygen. So, they went on, with a plan to have a quick wedding, take shots and then fly out on a helicopter. 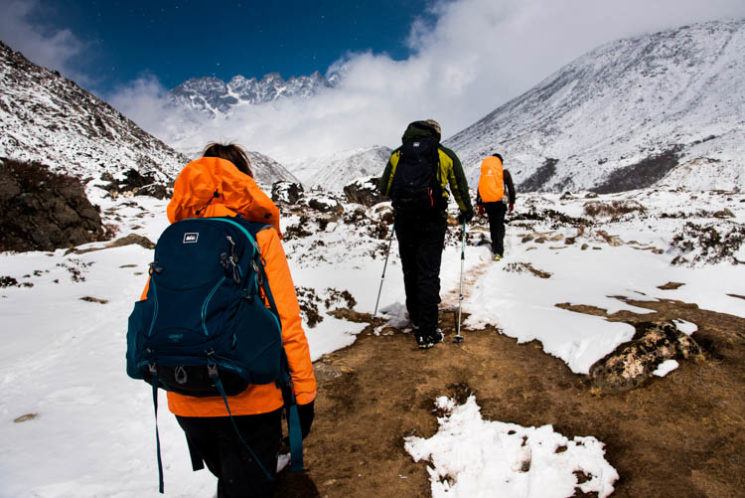 When they arrived, they had an hour and a half to eat, get married and have the photos taken, and then pack up and leave. And this is what they did. James and Ashley exchanged vows at Mt. Everest Base camp on March 16, 2017, right in front of the famous Khumbu ice-fall, and with the Nuptse Face in the backdrop. There was no minister, and I’m not sure many ministers would agree to climb 17,600 ft. But they exchanged vows and rings, and promised eternal love to each other. They married in the temperature of -5 degrees to 5 degrees Fahrenheit range, but it didn’t stop them from dressing up. And I just love the hiking shoes, they are a perfect touch: 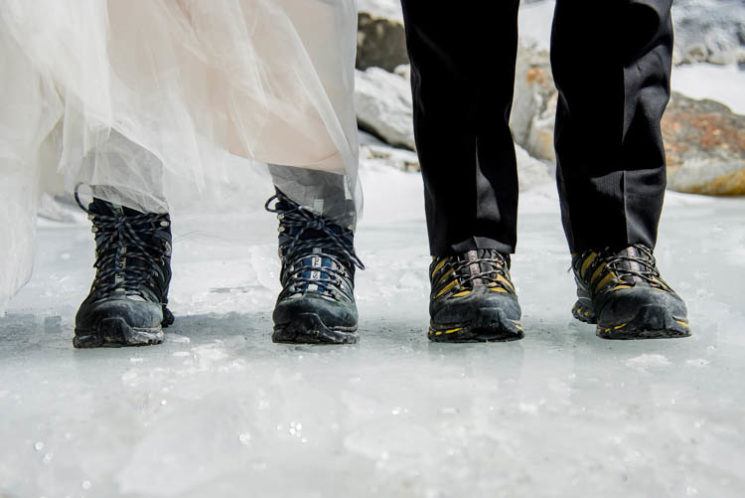 Although some of the gear didn’t even work due to the cold, Charleton managed to take plenty of magnificent shots: 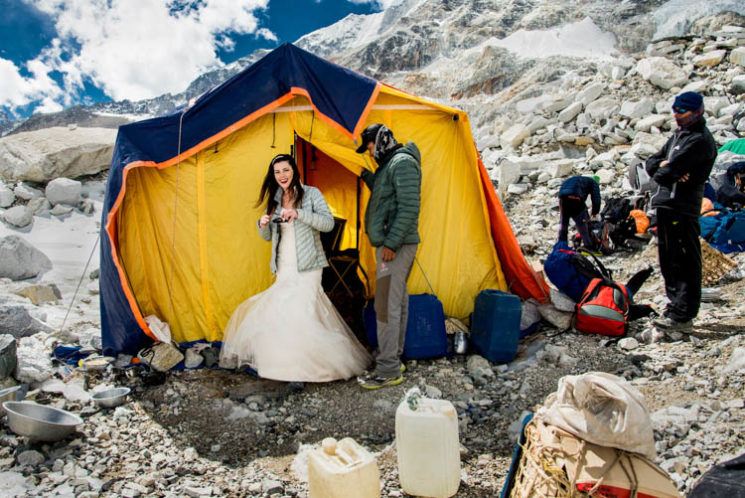 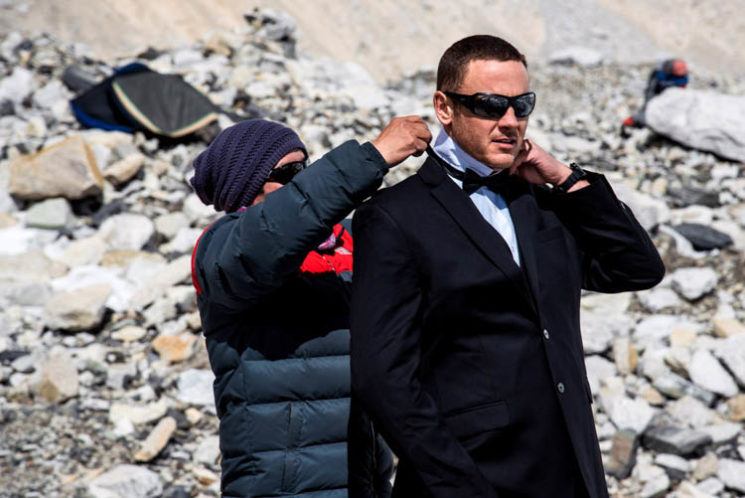 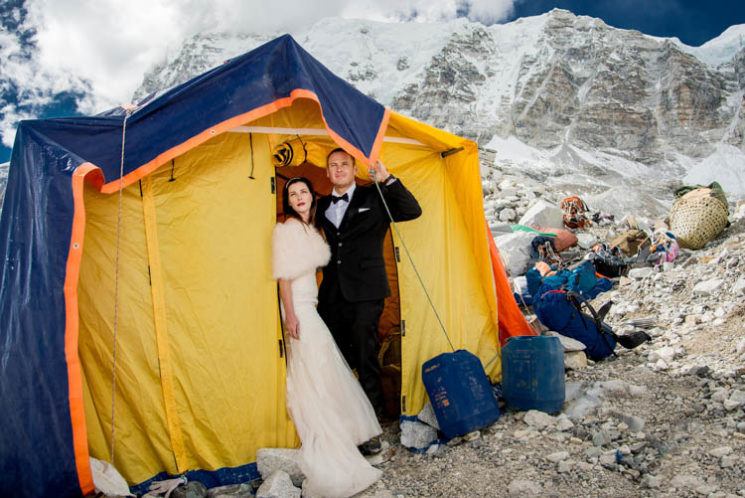 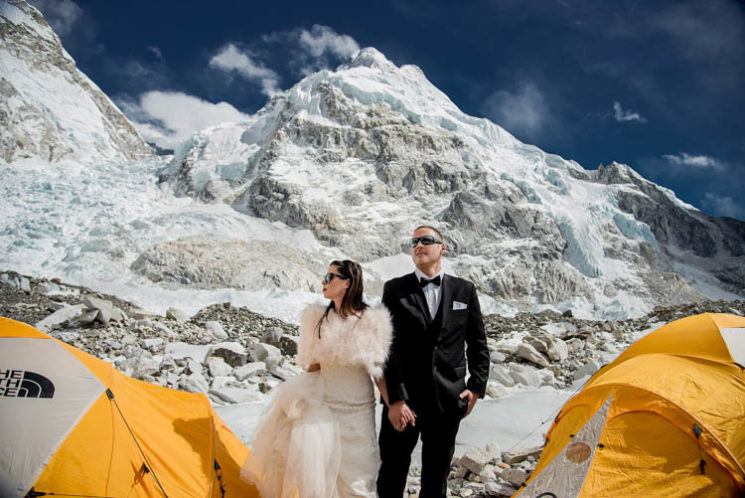 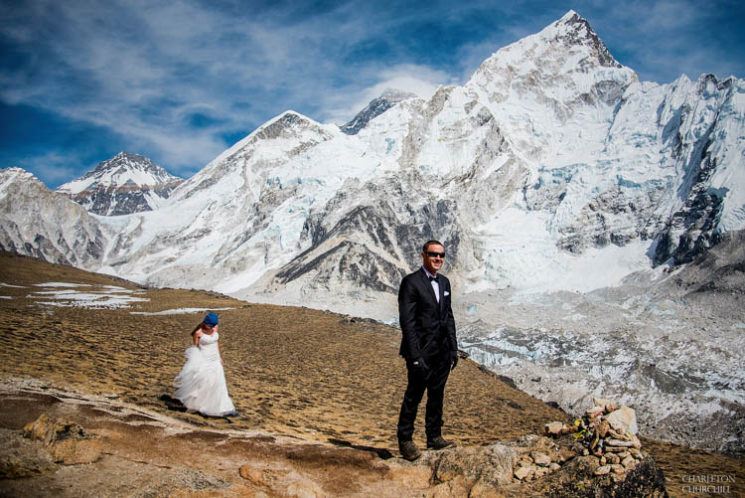 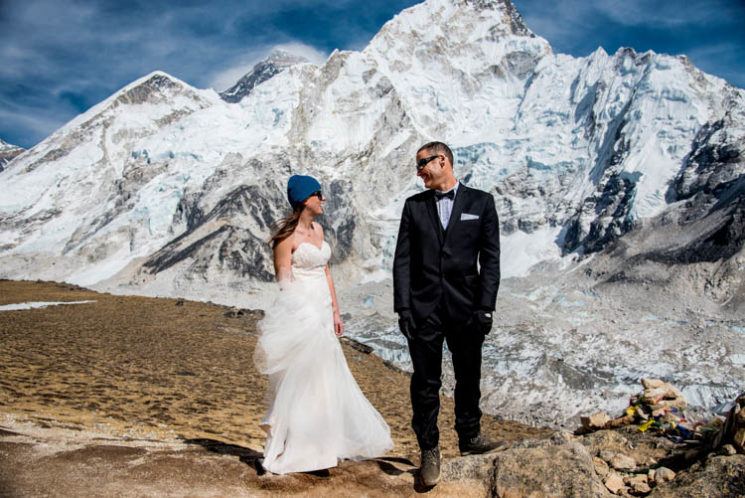 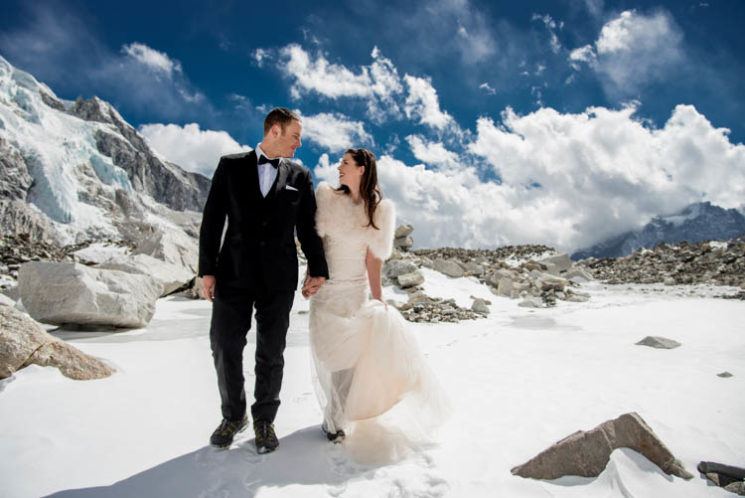 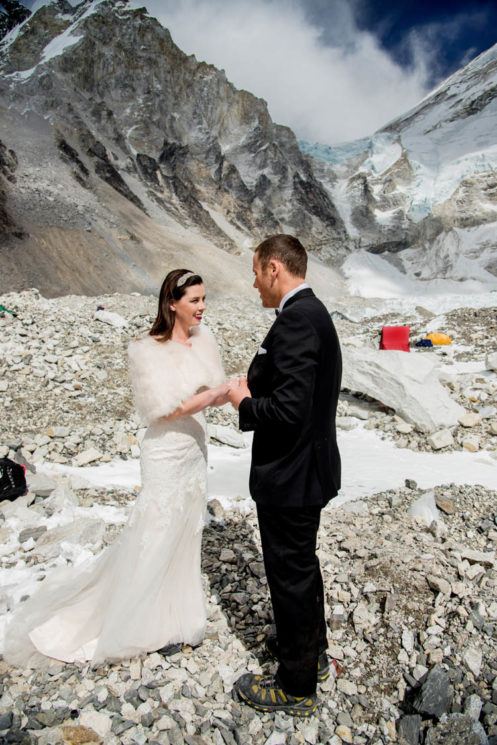 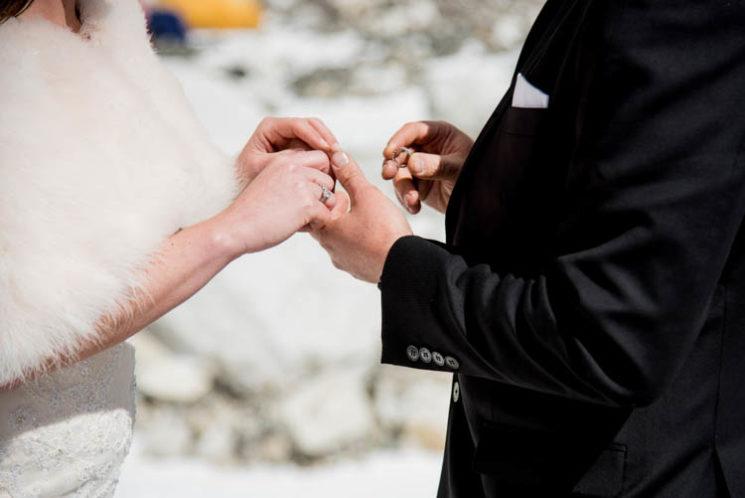 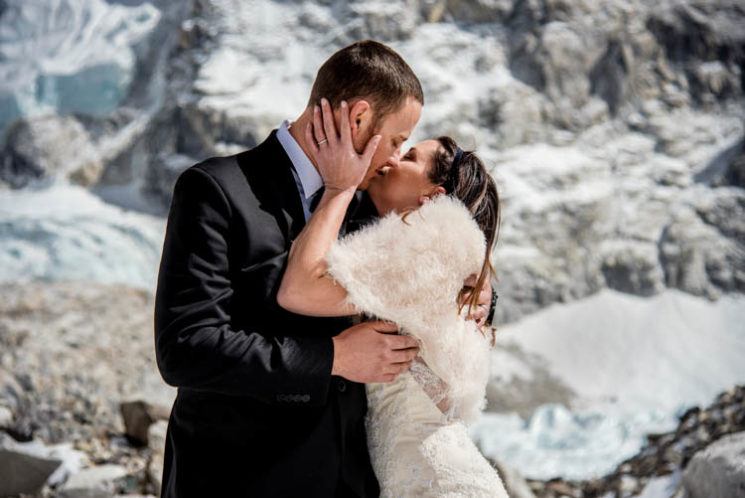 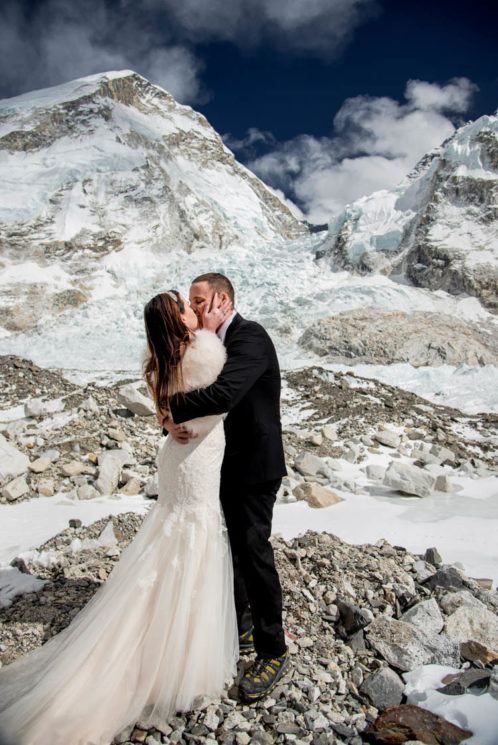 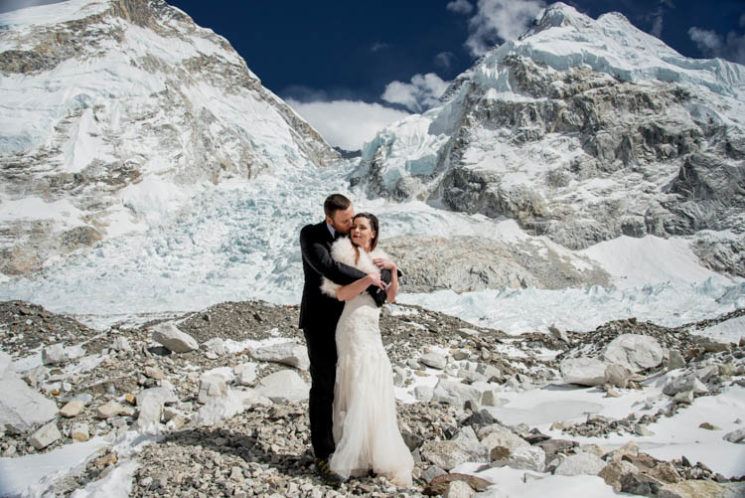 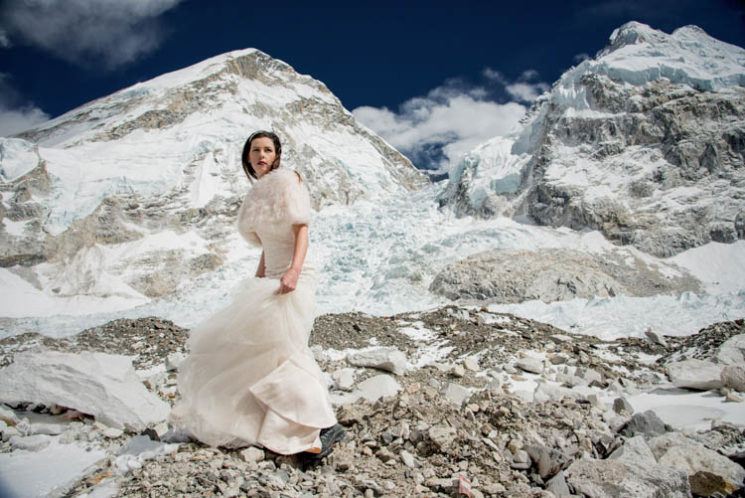 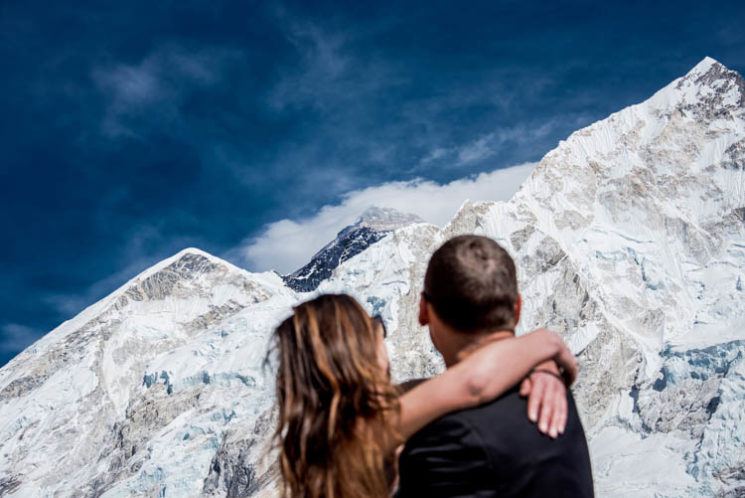 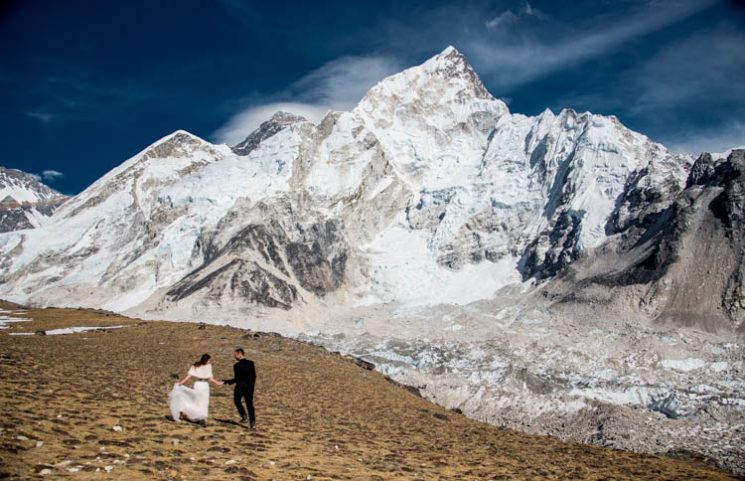 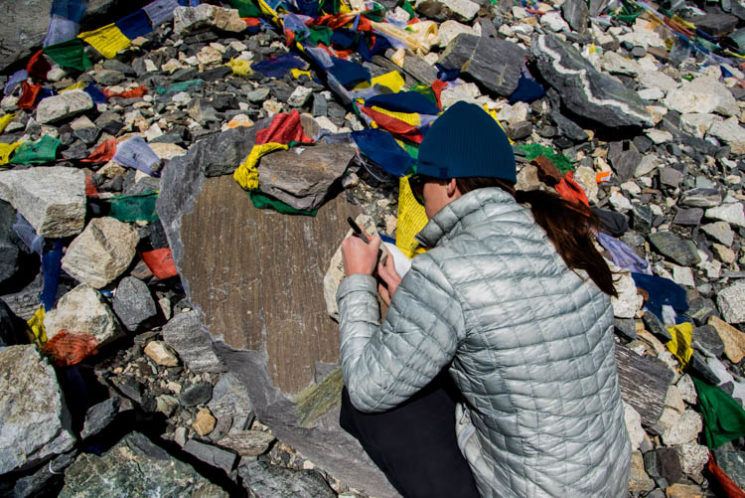 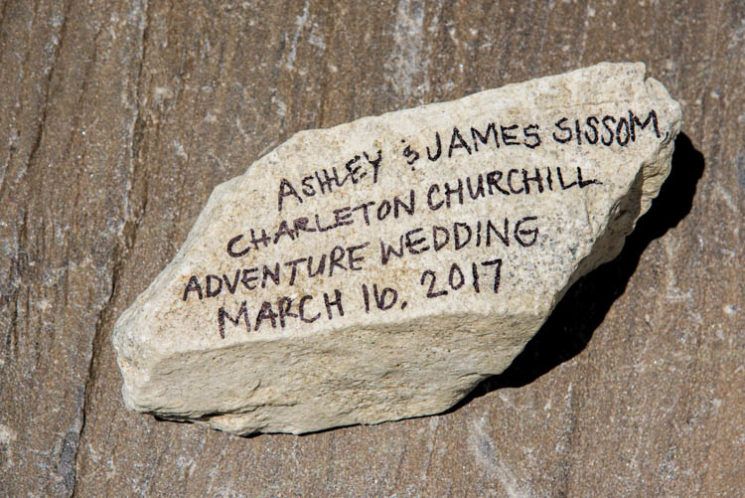 Although the plan was to leave after an hour and a half, the helicopter couldn’t make it because of the weather, so they had to spend the night at base camp. They had James on oxygen all night, and they could hear the glacier cracking beneath them and the thundering avalanches all around. After the night full of suspense, the helicopter came. It arrived early and took the couple, the photographer and the guide to the lower altitude. 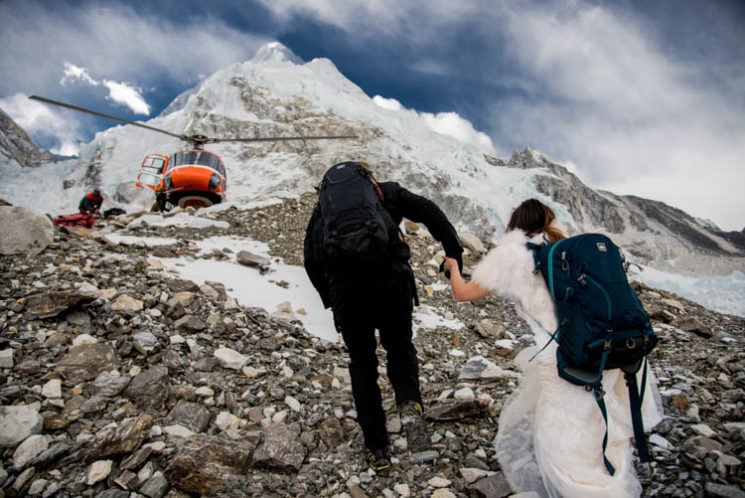 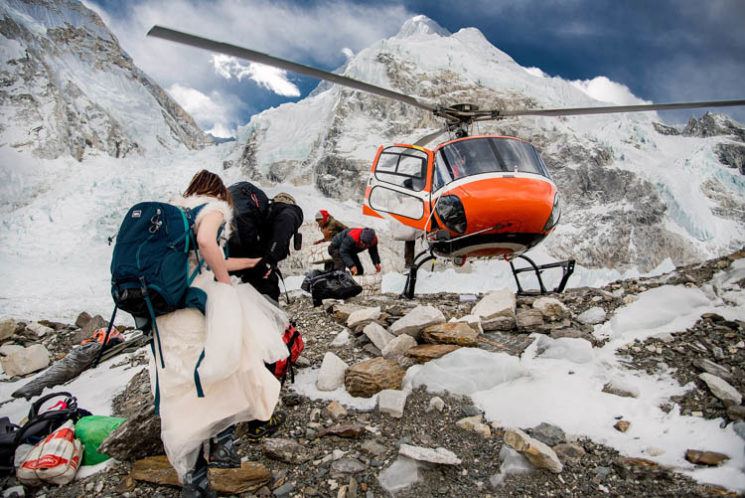 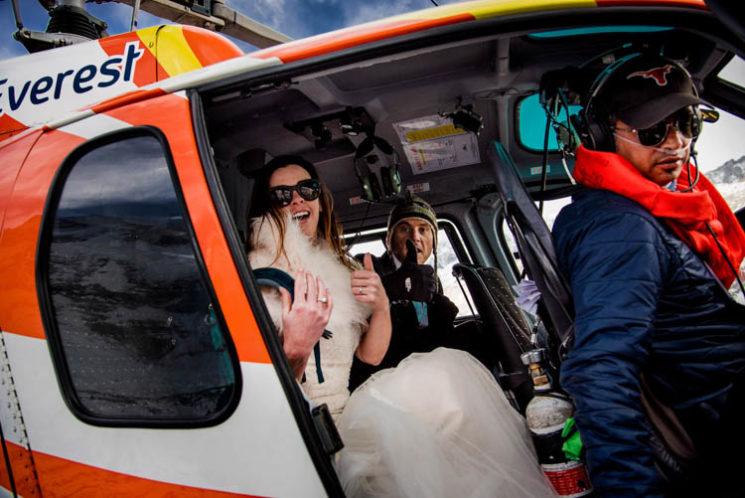 This adventure definitely seems to have involved a lot of effort and pushing the limits. But it made both the couple and the photographer fulfill their dreams. They reached the Mt. Everest base camp, James and Ashley got married in a place where I think no one got married before. They have pushed the limits and had the devoted photographer and adventurer to follow along and save the memories in a series of gorgeous images. And now, I hope they’ll devote as much energy to their marriage as they did to this adventure. Because if they do, their love surely is gonna last a lifetime.

Charleton Churchill is an adventure wedding photographer. He’s based in northern California, but his work takes him everywhere around the world, and he even got to Mt. Everest. If you’d like to see more of his work, make sure to visit his website, follow him on Instagram and subscribe to his Youtube channel.

« How photographing background plates can help you in your work
Watch: photographer sets a bride in bridal dress on fire for photo shoot »