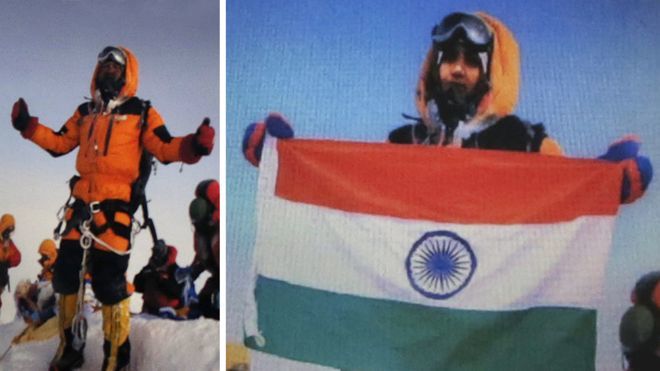 In 2016, Dinesh and Tarakeshwari Rathod, police officers from India, said that they were the country’s first couple to successfully reach the 29,035ft Everest summit.  They even had the photos to confirm the claim. But shortly after, it turned out the photos were doctored, and the couple faced a police investigation.

On Monday, the police in Maharashtra confirmed that the couple had “morphed photographs,” and as a result – they were both fired from work.

As BBC reports, additional Commissioner Sahebrao Patil told the PTI news agency that the couple “shared misleading information” and “brought disrepute to the Maharashtra Police department.” Under these claims, they both lost the jobs as police officers.

The tourism department of India certified their ascend, but when the scam was discovered, they revoked the decision. The couple also faced a 10-year mountaineering ban from Nepalese authorities. And now – they were also sacked from work. All because of a photoshopped image.

I agree that what they did was wrong and they definitely shouldn’t get any credits for the climb. If the police department where they work wanted to punish them, they could have suspended them temporarily. But to me, all these measures seem a little too harsh. What do you think?