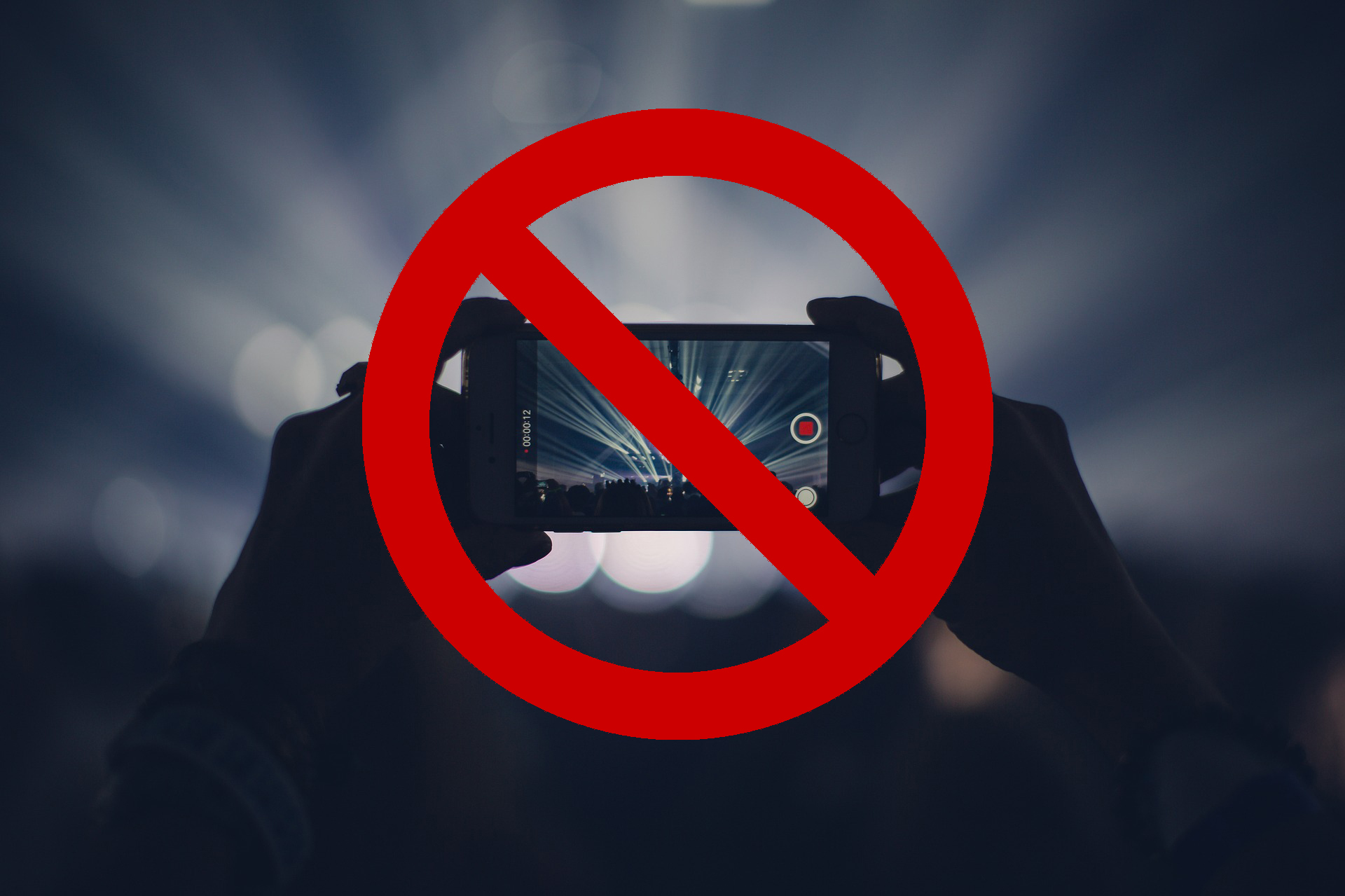 While taking photos in public places is one of your constitutionals rights, some officials seem to violate the Constitution more often than ever. The latest case happened in Los Angeles, where the city officials have issued the ban on photographing free concerts in a public park. Not only you can’t shoot the concert as a regular viewer, but it seems you can’t even get the press permit.

As SLR Lounge reports, Cliff Cheng, a photojournalist of the Los Angeles Collegian newspaper tried to get a press permit for public concerts in Pershing Square. He was denied, meaning he wasn’t allowed to photograph a free concert in a public park.

It sounds crazy, but it’s true. The official website of the LA Recreation and Parks reads the following rules:

At the request of the artist/performer, video, photo and audio devices are prohibited at Pershing Square’s Downtown Stage Saturday concerts. This includes Pro cameras, monopods, tripods, selfie sticks, iPads or professional photography/ video equipment of any type. This policy will be strictly enforced due to contractual agreement.

The ACLU wrote a letter to the city of L.A., reminding the officials of the constitutional rights. One of the lines reads:

Pershing Square is a public forum, and remains one during the Summer Concert Series. The Park does not suddenly become a non-public forum even if the City in some way yields control of the park to a concert promoter or other private party during the concerts, contrary to the City’s belief and practice.

When I think of the concerts I attended, I know it’s usually forbidden to take professional gear inside the venue, no matter if the concert is paid or free. But at least the journalists get the press permit, and I never had a problem with getting mine. As for the concerts on public squares and in parks, I couldn’t agree more with the ACLU’s letter.  No matter who the performers or the sponsors are, the public place can’t all of a sudden become treated like a non-public one. What do you think?

Update: We have received a full press release from the photojournalist Cliff Cheng, and we are publishing it in entirety:

Cliff Cheng, a photojournalist on the staff of the Los Angeles Collegian newspaper at Los Angeles City College attempted to get a press credential, and was denied, to cover free, no ticket, public concerts at Pershing Square, a public park in downtown LA.  Upon further digging, Cheng discovered posted rules on the LA Recreation and Parks (RAP) website which ban photography, audio recording and distribution of leaflets – http://www.laparks.org/pershingsquare/summer-concert-rules-policies. The reason given for the ban was that the bands contractually required this.  Cheng asked the American Civil Liberties Union – Southern Calif., if it was Constitutional for the government to give up the free speech rights of its citizens and the news media to a private corporation?  ACLU replied it was not Constitutional and wrote the enclosed letter to LA City asking it to comply with the Constitution.

Last year, Cheng was on assignment covering the memorial service for LA City Councilman Bill Rosendahl.  LA Mayor Eric Garcetti came to give a eulogy.  A RAP employee told Cheng to stop photographing the Mayor.  Cheng continued.  A week later while at the Griffith Park Observatory, a public park, Cheng was taking a picture of his friend doing yoga in the park.  An armed RAP Security Guard asked the friend what the pictures were for.  She replied Facebook.  Guard said Facebook is commercial photography and a permit is needed.  Cheng was told to stop photographing.  After months of stonewalling, RAP replied and obfuscated the issue.

The Pershing Square rules prohibit professional cameras, i.e. “pro cameras and gear.”   Rather than go after photographers who actually have shot and published commercial photographs made without a permit, RAP, as well as other agencies in many jurisdictions, falsely assume a “big camera” and commercial photography are the same thing.  Just what is a “big camera”? If one uses a small film Lecia or a mirrorless digital camera, can one shoot a commercial job in a LA City Park for free?  What is a student saves up and buy an older “big” DSLR which was a pro-camera 10 years ago, would RAP want them to buy a permit to shoot their school assignments in a public park?  Is shooting a view camera for fine art photos permissible?