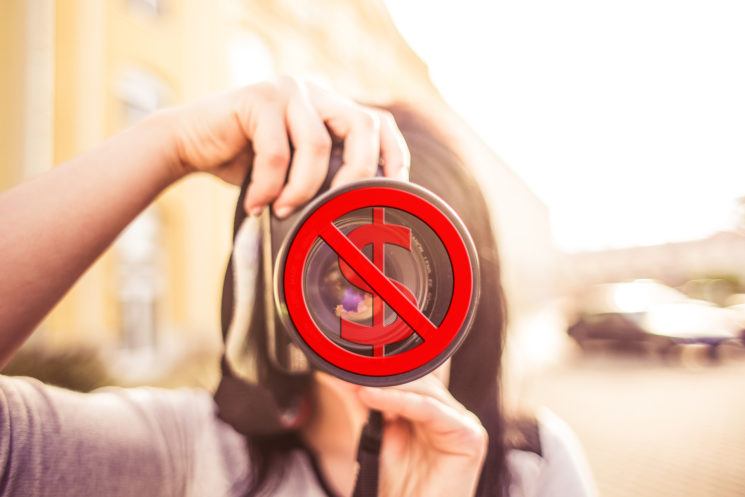 Weddings are expensive, and one of the big costs is certainly the photographer. So, why not ask a professional to cover your wedding for free? Which photographer wouldn’t be thrilled to shoot a strangers’ wedding in exchange for “eternal love and gratitude?”

It’s probably what one couple had in mind when they created this Craigslist ad, which caused plenty of reactions within the community. They look for not one, but three photographers with pro gear, experience, talent, portfolio and developed business. And in exchange – they offer love and gratitude, and a chance to say “I’ve shot a wedding before.” Wow, who would want to miss this? 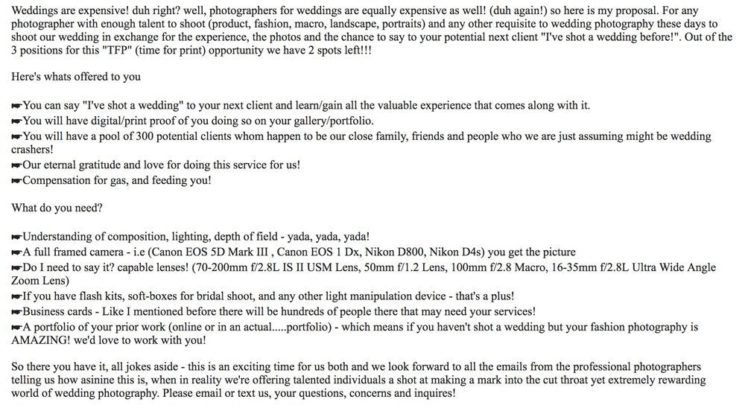 This ad was posted on Craigslist and shared on Reddit, where it caused a flood of mainly sarcastic (and pretty funny) comments. Considering the requests, these guys are asking for someone who has a developed photography business, and of course – skill, talent, and professional gear. On the other hand, they don’t offer money, which is crucial for investing in all that gear they’re requesting. And the worst thing is – one out of three spots has been filled. But okay, it could be one of their best friends or a cousin who’s doing them a favor.

At first, I found it hard to believe someone would actually request all this in return for a chance to say “I’ve shot a wedding before” (notice how that was emphasized twice). But then, I remembered some of the offers I’ve had from acquaintances who happen to know I own a camera and take semi-decent shots. I also remembered this ad, which offers another unpaid once-in-a-lifetime gig. I still want to believe this is a troll, but then again – everything’s possible.