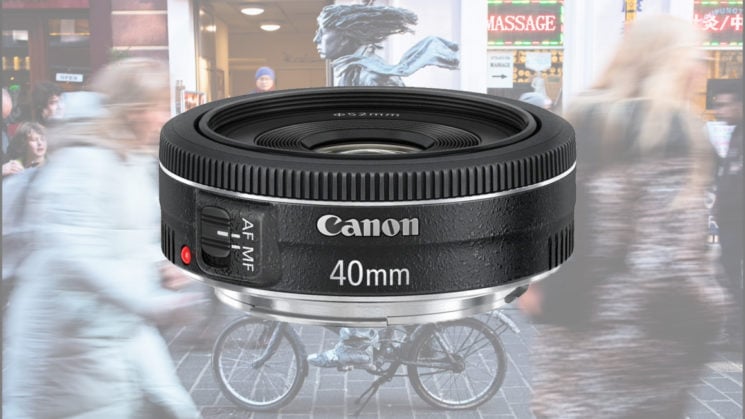 What is the best street photography lens? Is it 50mm, 35mm, or perhaps 28mm? Well, maybe it’s something in between. In this video, Kai Wong grabs a 40mm pancake lens and hits the streets on Pancake Day. He gives you a few reasons why 40mm can be the best for street photography, so let’s see if you agree.

The lens Kai tests in the video is Canon EF 40mm f/2.8 STM. It’s a cheap pancake lens, and here are Kai’s reasons why 40mm is the best focal length for street photography.

Many people consider the 50mm to be the “standard”. The proportions look right in the images, as we see them with the naked eye. But 40mm is closer to to the equivalent we see with our eyes and possibly considered more “standard.”

40mm lens is tiny and lightweight, which has plenty of advantages. It’s convenient for shooting in the street and on the move. Also, its small size makes it easier to stabilize the camera and shoot at slower shutter speeds.

Kai calls the 40mm lens “50mm for tight spaces.” It’s a standard lens, but gives you more room in the frame than the 50mm. It’s also pretty versatile and works well both for wide shots and portraits.

40mm is a kind of a compromise between 50mm and 35mm. The photos shot with 50mm don’t include that much background, so you may lack some context. On the other hand, with 35mm lenses, the background can get to messy. So, 40mm is something like a middle ground for Kai. It’s wide, but not too wide.

Of course, we all have our preferences when it comes to our favorite lenses or the best lenses for our genre. But, can the 40mm be the ultimate lens for street photography? What do you think?

Personal projects are the ultimate secret to developing your street photography