As film photography seems to be making a comeback, you may want to try it yourself. If you’ve never shot film before, choosing the right camera can be a confusing and intimidating process. But worry not: Jay P. Morgan and Kenneth Merrill will help you. In the latest video from The Slanted Lens, they discuss some of their favorite film cameras and why you should get them. If you’re still trying to decide which film camera is right for you, this video will help you pick.

Here are the cameras Jay and Kenneth mention in the video, with some of their pros and cons. 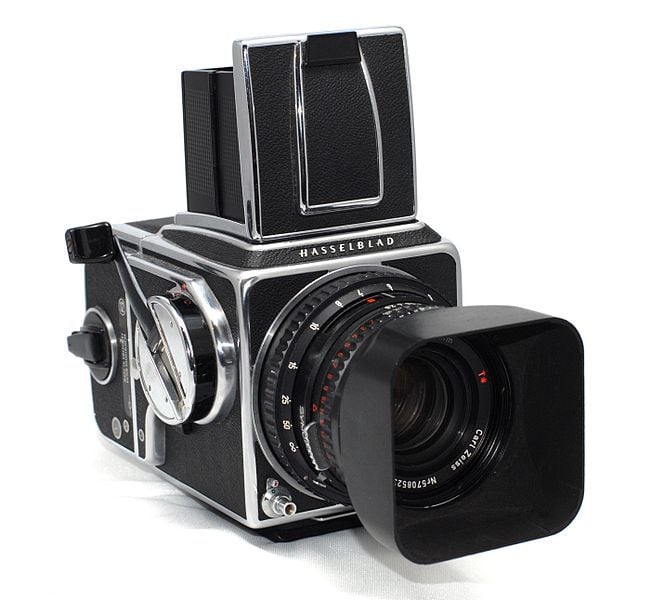 Jay’s favorite is the medium format Hasselblad 500CM. It produces square format images and combined with Hasselblad’s Zeiss lens, the photos will be razor sharp. Jay points out that this camera is great for weddings, and it has a removable back. On the minus side, it’s not very fast and it has no light meter. 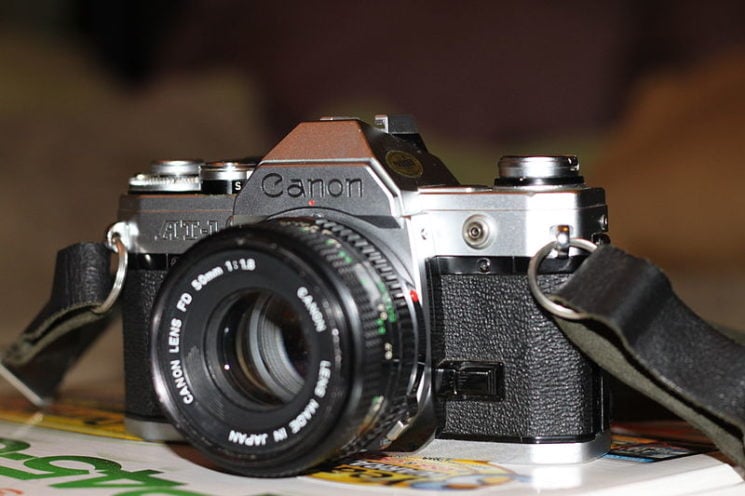 Kenneth’s number one film camera is the Canon AT-1. It’s a great starter camera due to its affordability. It’s cheap and pairs with Canon FD lenses (which are also very affordable). It shoots 35mm film which doesn’t take much money to develop. This camera needs a battery to work and has an internal light meter. 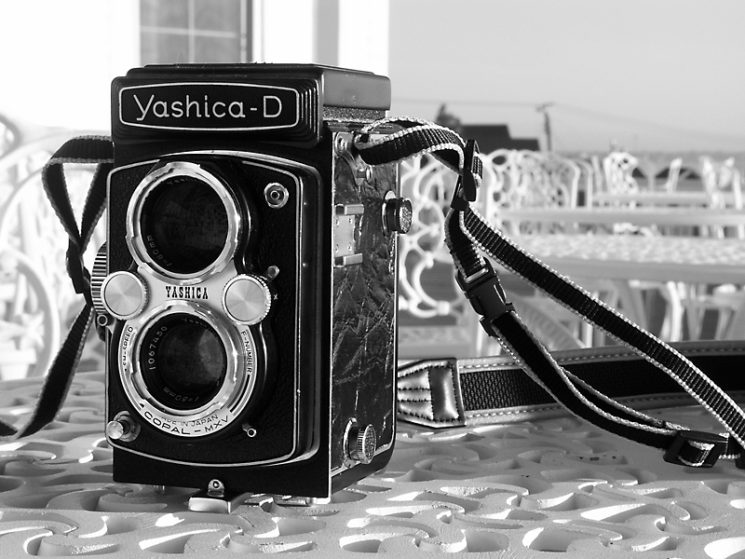 Another camera Jay recommends is a gorgeous, vintage Yashica-D. It uses 120mm film, but it’s an affordable camera you can find at $200-$400. On the minus side, just like Hasselblad – it doesn’t come with the built-in light meter. 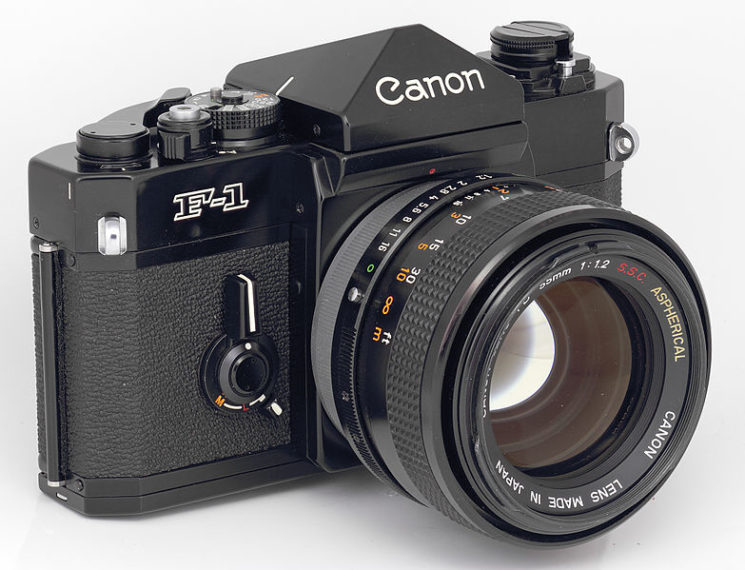 Canon F-1 is Kenneth’s choice and it’s a professional grade film camera. You can get a fully mechanical one or one with an electronic meter. A lot of photographers used it during the ‘60s and ‘70s because it doesn’t need a battery to work. It’s an affordable choice nowadays as it will cost you around $300-$350. 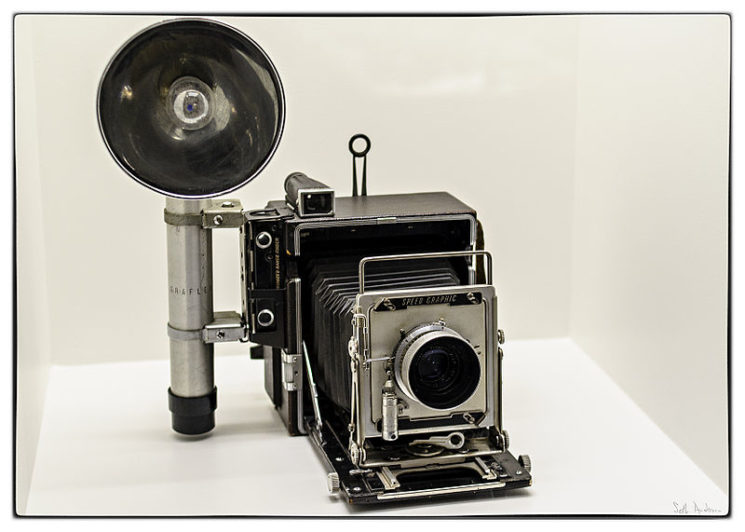 This is Jay’s “favorite camera ever made,” as he says in the video. Graflex Speed Graphic was the go-to camera from the 1940s to the 1960s. A flash handle from one of these was even used as Luke Skywalker’s lightsaber.

It shoots 4×5 negative film. It’s a pretty expensive choice because you’ll spend around $23 to develop a single photo. But, you’ll get images that are great for print. 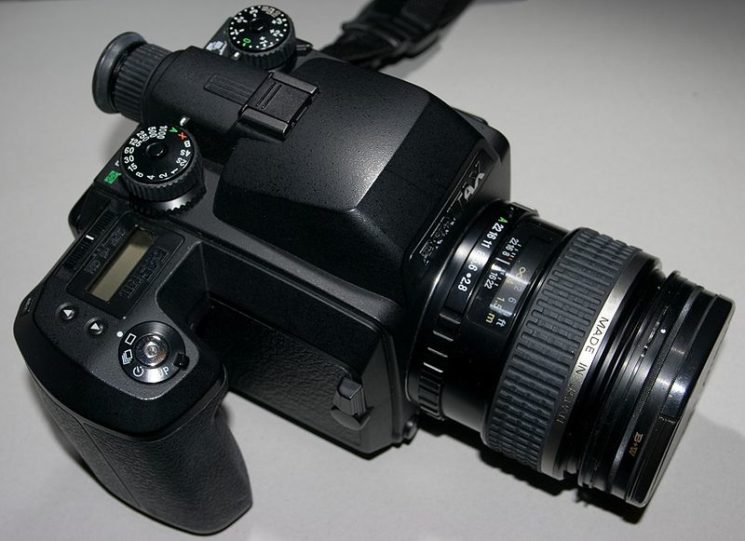 The next recommendation is Kenneth’s and it’s the Pentax 645NII.This is the last medium format camera Pentax made before switching to fully digital. It combines digital features like spot metering with shooting film. Kenneth says it’s great for weddings and events because it’s pretty fast – it shoots 3 frames per second. On the minus side, it doesn’t have a removable back. This setup will set you back for about $1,000. 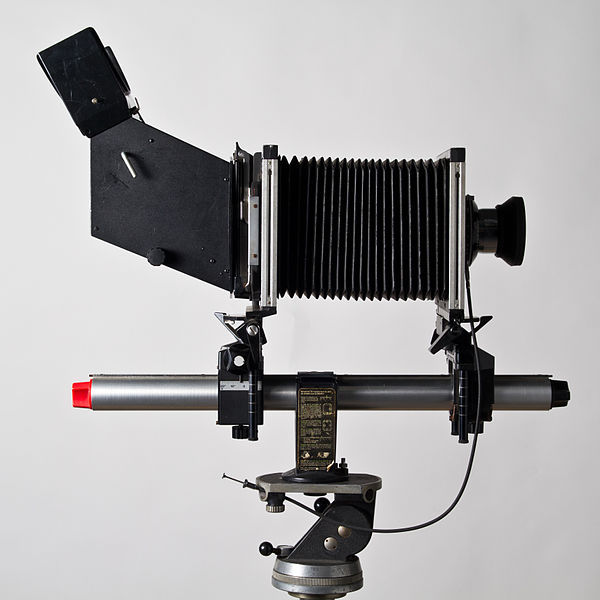 Sinar F is a 4×5 camera that you can get today for only $300-$400 for the body. Along with a lens, the entire setup will cost you $800 tops. It’s great for portraits, but it’s not really a field camera since it’s bulky and heavy.

The Pentax 67 is similar to the 645NII Kenneth previously mentioned but without all the bells and whistles. It comes with a wooden handle and shoots bigger negatives than Hasselblad, but smaller than 4×5. The negative side is its weight and size, as well as the limit of 10 about exposures. 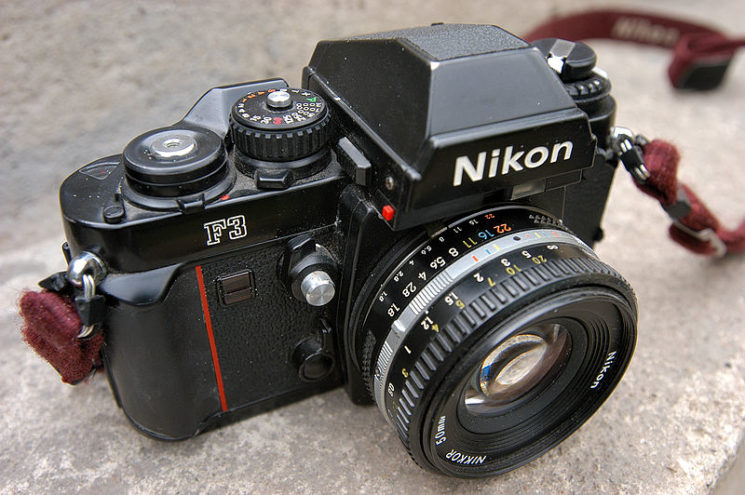 The last camera from Jay is Nikon F3. A great thing about Nikon film cameras is that they’re compatible with your Nikon lenses. So, if you already shoot Nikon, you can get the F3 for about $300 and you don’t need to worry about the lenses. 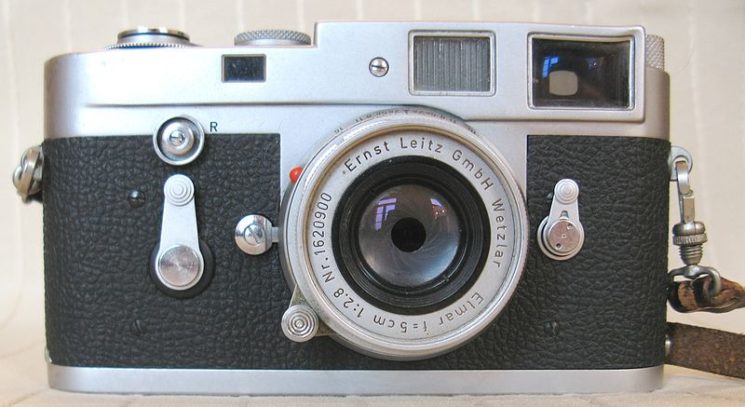 The last recommendation from Kenneth is the Leica M2 rangefinder camera. He says it’s great for street photography because it’s really quiet. Also, it has frame lines which help you compose the shot and see what’s going on outside of the frame.

O the minus side, like all Leicas, this one is also pretty expensive. Body only costs minimum $1,000 on eBay. But if you’re serious about film photography, maybe you should give it a shot and invest in this camera.

After these recommendations from Jay and Kenneth, all you have to do is think of your budget and what you want to shoot. I don’t shoot film too often (although I’ve rekindled my passion for it recently), so I’d go for one of the budget 35mm options. For now.

Which film camera would be your first choice? If you already shoot film (or you did before), what’s the camera you’d recommend?

These are the best consumer 360° cameras you can buy right

« This timelapse shows what New York City would look like without light pollution
First look at the Canon EOS M50 – The ideal beginner mirrorless camera? »