360° cameras have come far in the last couple of years. I remember trying out the first version of the Ricoh Theta and thinking that it was a cool idea, but the quality and feature set just wasn’t there. When the YI 360 VR was released, offering 5.7K resolution, I felt they were finally starting to hit that point. But the tech that goes into 360° cameras has come much further since then.

But what are the top consumer picks when it comes to 360° cameras? In this video, Daniel The 360 Guy shows us his top five 360° cameras that you can get today. Daniel points out the good, the bad and the “ok” for each of the cameras. Possibly not surprisingly, there isn’t really a single “best” camera that’s good for all uses, but each has its own advantages and disadvantages over the others for different needs. 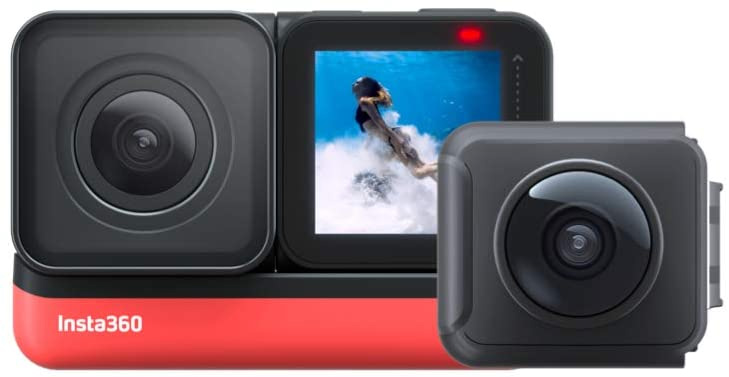 This is the newest kid on the block. The Insta360 ONE R was released earlier this year and is the first modular 360/action camera to be released by… well, anybody. I’ve got one myself, and I’ll have a review coming in the future, but you can see my first thoughts and impressions about it here.

As well as the 4K linear module, there’s a 5.3K 1″ Leica module, and a 5.7K 360° module, the latter of which is what’s being focused on in the video. It supports h.265 encoding, waterproof to a depth of 5 metres without any kind of external housing and has probably the best 360° video editing app for smartphones that exists.

As mentioned, it shoots 5.7K 360° video using h.265 encoding for the increased quality over h.264 with the same file sizes, and it features Insta360’s fantastic FlowState stabilisation which pretty much eliminates the need to use any kind of gimbal. It offers 18.4-megapixel stills that can even be saved as DNG raw files. It’s also the first Insta360 consumer camera to features a display that shows you what you’re shooting with an interactive touchscreen. 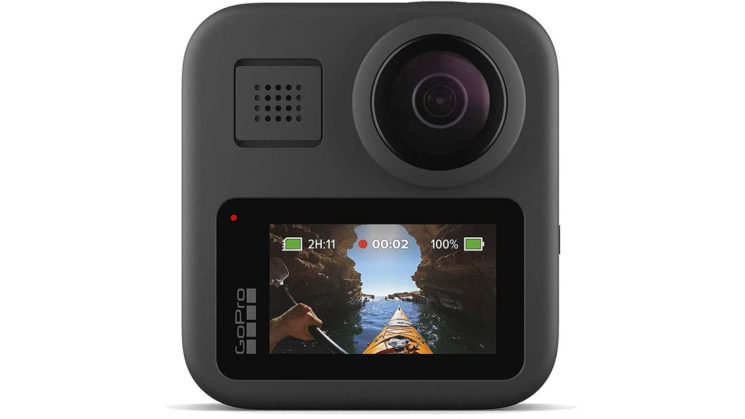 Like the Insta360 ONE R, the GoPro Max is waterproof to a depth of around 5 metres without any kind of external housing. It also offers 5.7K video at up to 30fps, although Daniel says that it’s the best quality video he’s seen in a 360° camera priced under $1,000.

There are no interchangeable modules, and the body of the camera is much larger, but that means it has a much bigger LCD, allowing you to see more of what’s going on and interact with the touch UI. Daniel also speaks very highly of the stabilisation in this camera, 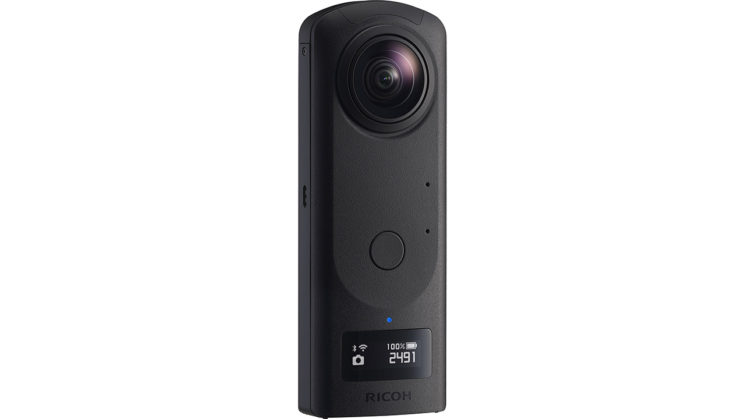 The Ricoh Theta Z1 made a splash when it was announced, due to the huge 1″ sensors contained underneath each lens. This increased sensor size allows it to perform much better in low light and produce high quality stills up to 23-megapixels in raw or jpg. But when it comes to video, it only shoots 4K UHD (3840 x 1920) video.

You can see in the video that the quality of the stills is very good, and if you’re doing any kind of architectural or virtual tour work, especially for paying clients, then this one is probably the way to go. They even offer a Lightroom plugin that lets you automatically stitch and process your images with the least amount of fuss.

But, you are limited to a fixed capacity 19GB internal storage with this camera, so if you’re shooting a lot out on location, you’ll need to find a way to pull those images and video off to keep freeing up your space. 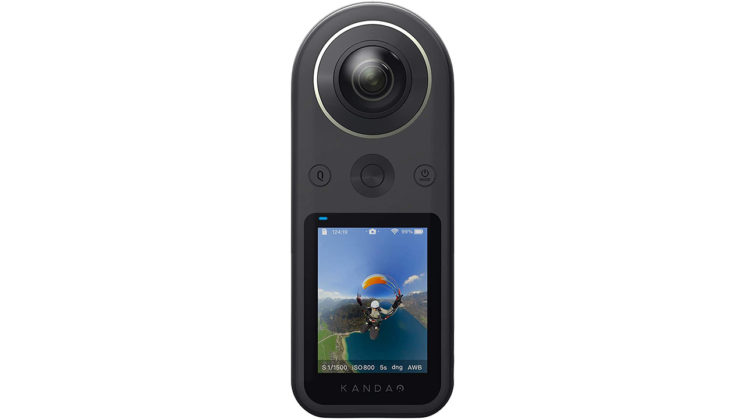 The Qoocam 8K is the highest resolution of these cameras, producing 8K footage with 10-bit colour. Daniel even says it comes quite close to the Ricoh Theta Z, despite the smaller sensors, thanks to a “DNG 8” feature in which the camera shoots 8 images as a single super-high-dynamic range file. Like some of the other cameras mentioned, it features a touchscreen which allows you to see what you’re shooting and rotate the view around to see other angles.

One big advantage the Qoocam 8K has over the Theta Z, though, is its storage. It also has built-in storage, like the Theta Z, except the storage in this one is 64GB. You can also expand it a further 256GB in the Qoocam 8K with a microSD card. 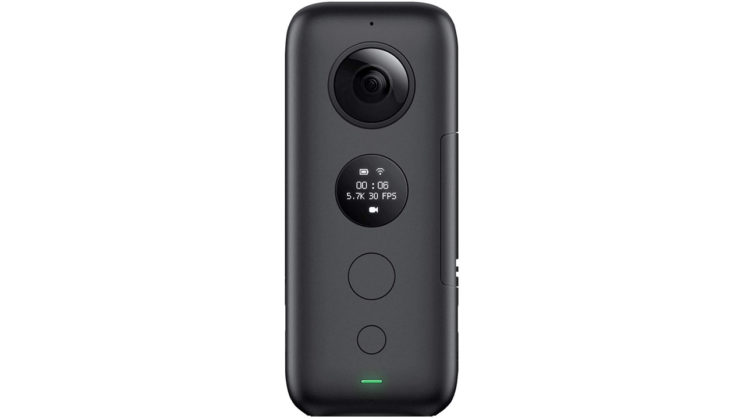 The Insta360 ONE X was one of the cameras that really took consumer 360° cameras forward by a pretty giant leap. Compared to the other cameras that were coming out at the time of its release, it was just leaps ahead of everybody. According to Amazon and B&H, the Insta360 ONE X has actually been discontinued and it’s listed as “Out of Stock” on Insta360’s own website.

I expect there will still be a lot of unsold stock out there if you look hard enough. The camera is still being supported by Insta360, with new firmware and app updates still being released. There was a new firmware update in March as well as smartphone and desktop app updates last month. 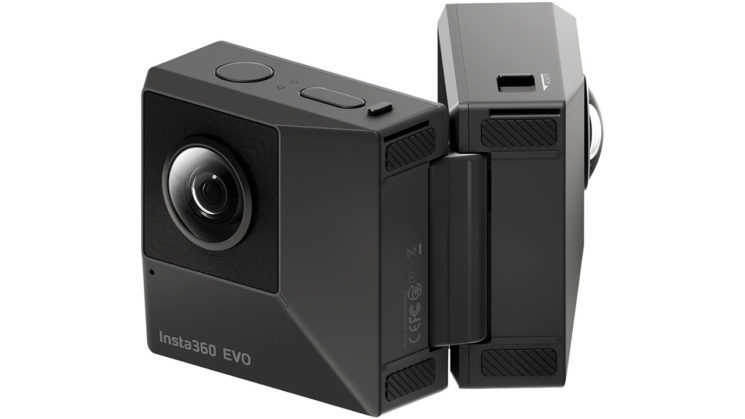 This one wasn’t mentioned in Daniel’s video, although it is shown in the thumbnail.  And I have one and I like it, so I’m adding it to the list.

The Insta360 EVO is essentially the guts of the Insta360 ONE X inside a different housing design. We interviewed Insta360 about the new camera at NAB last year. What makes it special over the ONE X is that it folds out from being simply a 360° camera to let you also shoot 3D 180° VR content as well.

Folded up, the EVO isn’t quite as thin as the ONE X (or any of the other cameras listed above) when shooting 360° content, so it doesn’t deal well with items that are really close to the camera on the seams, but when you’re exploring the great outdoors, it stitches the world together just fine.

Ultimately, as I mentioned, which one is going to be best really depends on you. Your needs will dictate which camera has going to suit your workflow the best. But the video up top should help arm you with a little more information to help you decide.