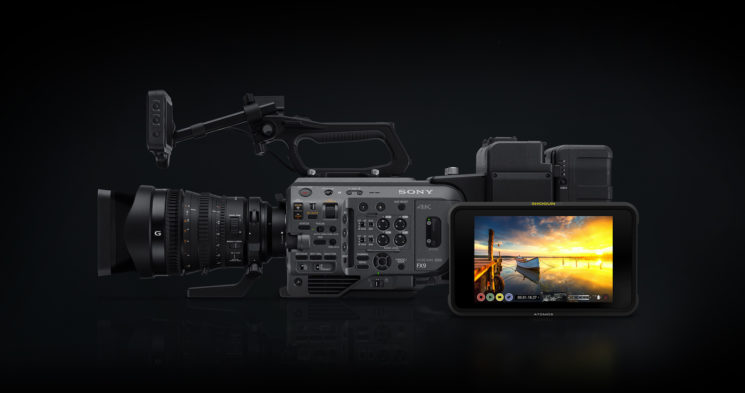 Atomos has announced that an update is coming for the Atomos Shogun 7 monitor recorder that adds ProRes RAW recording support when used with the Sony FX9 full-frame camcorder and XDCA-FX9 extension module. The FX9 is also soon to receive an update providing RAW video output over SDI in a variety of formats and frame rates. Initially, the Shogun 7 will offer ProRes RAW for 4K 60fps and 2K at up to 180 frames per second.

This new update expands the Shogun 7’s ability to record ProRes RAW from Sony cameras which already includes support for the FS7, FS7 II, FS5 and FS5 II. Unfortunately, though, it looks like FX9 shooters won’t get to try it until at least October.

The problem is, in order for the Atomos Shogun 7 to be able to record ProRes RAW with a feed taken from the Sony FX9, the FX9 has to actually support RAW output. Right now, it doesn’t, but Sony has also made an announcement stating that an update is coming for the FX9 which will offer 16-Bit RAW output over SDI when the camera is used in conjunction with the XDCA-FDX9 extension unit.

Sony has said, however, that the new update won’t be coming until October 2020. Atomos announced that their new update for the Shogun 7 will be also be released in October to coincide with the Sony release. Six months is a long time to wait, although I expect many FX9 owners aren’t exactly able to get out much right now anyway. But there is some good news. Both the Sony firmware update and the Atomos firmware update will be available free of charge when they’re released.

Keep an eye on the Atomos website for new Shogun 7 firmware releases, and for the FX9, keep checking the Sony website.

« These are the best consumer 360° cameras you can buy right
Pro photographer vs Fiverr vs AI: who can win this editing challenge? »