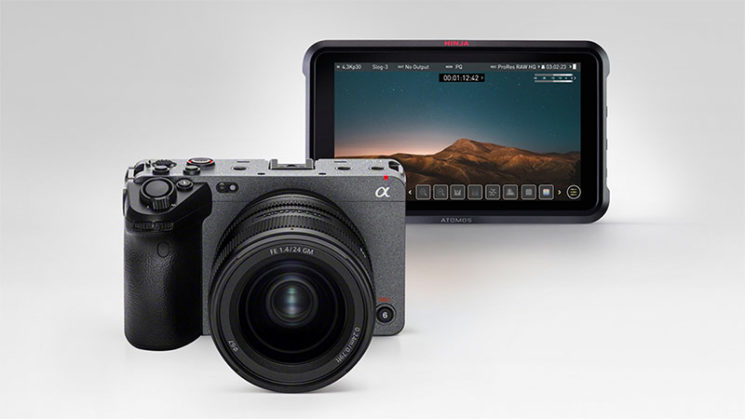 This announcement is probably a big surprise to absolutely nobody, but Atomos is bringing ProRes RAW support to the Atomos Ninja V when used in conjunction with the new Sony FX3 cinema camera. Atomos says this combo should allow users “the ability to record the camera’s 16-bit RAW output at up to 4K60p”.

Atomos has worded that bit very carefully because while the Sony FX3 does indeed put out 16-Bit RAW over the HDMI port, ProRes RAW on the Atomos Ninja V records “only” 12-Bit. But, it’s producing those 12-Bits from the best possible starting point, thanks to the 16-Bit feed out of the camera. And 12’s still plenty.

At the moment, this is only a development announcement to say that Atomos is working on it alongside the team at Sony to bring ProRes RAW to the new camera. There’s no indication as to exactly when it might actually be released and available to download. Usually, however, these things tend to go one of two ways.

Either way, we probably won’t have to wait all that long for it to be released.

There doesn’t seem to be any word yet from the Blackmagic camp about if or when we might see Sony FX3 support coming to the Blackmagic Video Assist 12G models to allow users to shoot BRAW with the FX3, but we’ve reached out to Blackmagic to find out if they have something on the way, too. We’ll update this post if and when we hear back from them.

Update: Blackmagic has responded to DIYP about FX3 support on the Video Assist 12G models. Here’s what they said…

We are working to make the performance of Blackmagic RAW as widely available through our industry as possible, and the software decoder for Blackmagic RAW is free and available in our camera SDK for any 3rd party to investigate and develop; and it is offered in many leading software platforms for use on-set or in post-production.

However, Blackmagic RAW’s hardware encoding is customised to each host camera – as we profile the characteristics of each sensor into Blackmagic RAW’s metadata and codec ensuring much greater precision in image and colour reproduction.

The unique design and greater performance of Blackmagic RAW over other RAW formats means we need 3rd party camera companies to co-develop with us, and so the development and availability of Blackmagic RAW throughout all camera ranges isn’t solely at our discretion or something we can independently plan and develop.

In short, Blackmagic saying they’d love to provide support for the FX3, but it needs some input and work from Sony, too. So, if you’re a Sony shooter that wants BRAW on your FX3 (or A7S III), start telling Sony! A petition has popped up on Change.org to try to catch Sony’s attention.