The Atomos name keeps popping up all over the place lately. They’re teaming up with a lot of different camera brands to try to give filmmakers the tools and features to best create what they want to create. We stopped by the Atomos stand at IBC 2019 to have a chat with their Founder & CEO, Jeromy Young about some of those collaborations, as well as some news on Atomos’ own products, including a free firmware update for the Shogun 7 which doubles its brightness from 1,500 nits to 3,000 nits.

Jeromy spoke about collaborations with several brands including Nikon. Sony, Canon, and others. When it came to Nikon, he wanted to clear up some confusion over a recent Nikon press release which suggested that the raw output firmware update would be a paid upgrade. Nikon isn’t always exactly great at communication, and it’s easy to see why many (including us) were confused. But Jeromy wanted to clear the air. As far as he aware, the only payment Nikon users may have to make is to ship the camera to the Nikon service centre. The sensor needs to be recalibrated in order to work with raw output over HDMI, and this is why it needs to be returned to get this functionality. If you live close enough to a service centre that you can just drop it off, he says this service is completely free. So, good news for those who bought the Z6 filmmakers kit! 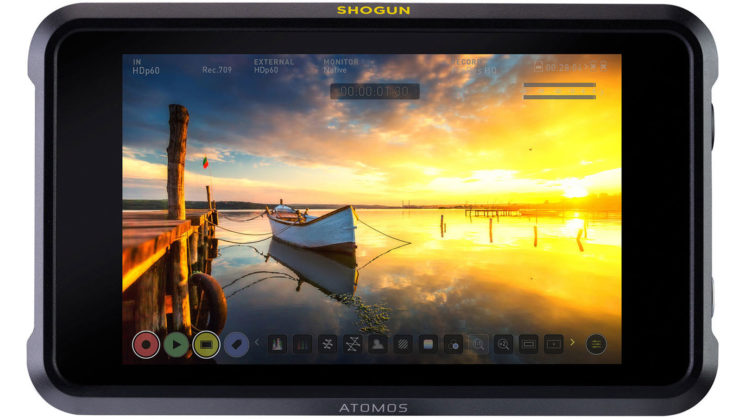 When it comes to Atomos products, first up was the Shogun 7, their 7″ HDR monitor/recorder. It’s been out for a while now, with a specced brightness of 1,500 nits. But soon a new free firmware is coming that will double this to a pretty crazy 3,000 nits, which should be more than plenty to deal with just about any bright outdoor conditions you might find yourself shooting in. Jeromy explained that the capability has always been there in the monitor, but they needed to do some more rugged and long term testing before they released this ability. There’s no word on a release date yet, and the Shogun 7 firmware page on the Atomos website said a new firmware was coming in June.

Another new firmware upgrade is coming for the Sumo 19 monitor/recorder as well, allowing you to record up to four streams simultaneously in HD. They’re calling the feature “Touch and Switch” and they acknowledge and apologise to those customers who expected to see this feature come a long time ago. 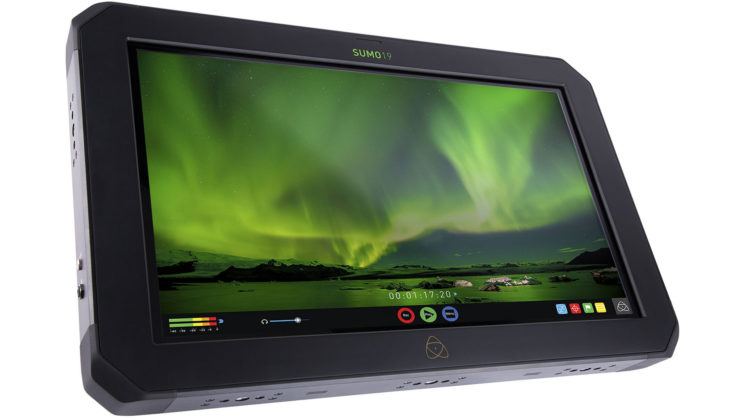 The touch and switch feature is designed primarily for multicam setups so that you can “live mix” between the cameras while you’re actually filming. It records all four camera streams simultaneously, and it saves a separate XML file which you can then import into your favourite non-linear editing application with all of the camera switches automatically arranged on your timeline. From there, you can keep making adjustments and tweaking until you get the final edit that you wanted. This feature is also going to be coming to the Shogun 7 in a firmware update, shortly after. Perhaps the same one that includes the 3,000 nit brightness upgrade.

« The super small and lightweight Insta360 GO really might be the “Action Camera Killer” we’ve been waiting for
Feelworld’s LUT7 monitor features waveform, vectorscope and has a superbright 2,200 nit touchscreen display »