I’ve become a big fan of Feelworld’s monitors over the past few months. While they don’t always offer the bells and whistles of some higher-end field monitors, they’re excellent value for money, especially if all you need a monitor for is to check composition and focus. But Feelworld has stepped up their game now with the new LUT7 monitor, offering a touchscreen UI, waveform, vectorscope, and LUT support. We stopped by their stand at IBC 2019 to find out more about it. 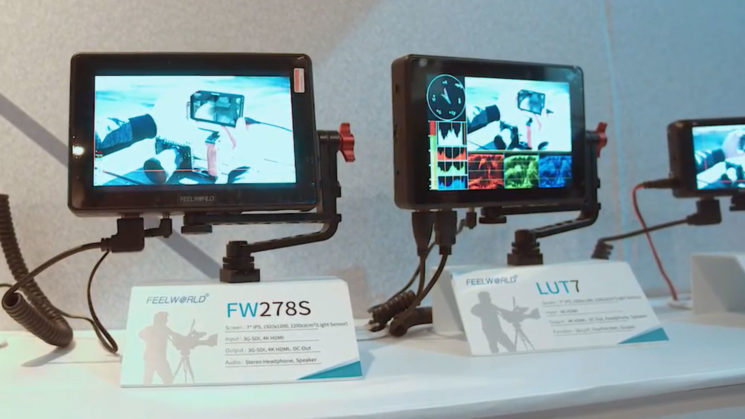 The Feelworld LUT7 is, as the name would suggest, a 7″ field monitor with a wide-angle of view, thanks to the IPS panel display with 2,200 nits of brightness (the same as the FW279 we recently reviewed). It’s 1920×1200 resolution, but will accept 4K signals and offers 4K HDMI passthrough. As well as HDMI, it also has SDI in/out. 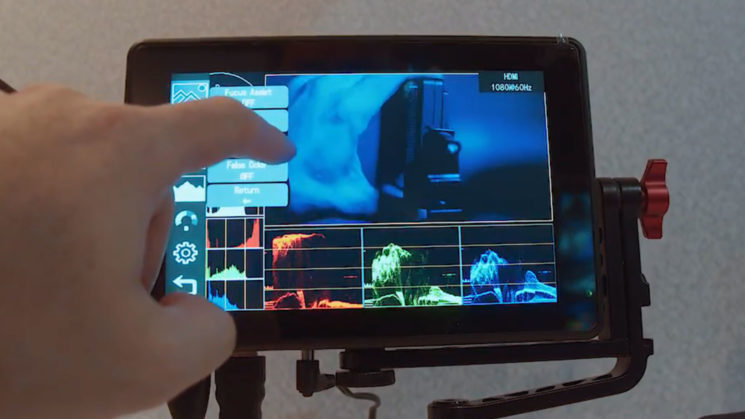 The name would also suggest that the camera supports 3D LUTs, and indeed it does. Custom LUTs can be loaded through SD cards via an SD card slot built into the monitor. LUT support is just one advantage that the LUT7 offers over the FW279, though. The 2,200 nit IPS panel built into the LUT7 is also a touchscreen display, featuring a couple of “virtual sliders” for quickly adjusting the brightness and volume of the monitor, as well as on-screen menus to change settings or enable and disable assist features. And when it comes to assist features, as well as the usual histogram, focus peaking, zebra stripes, false colour, and so on, the LUT7 also offers waveform and vectorscope display. A big advantage over their entry-level monitors. 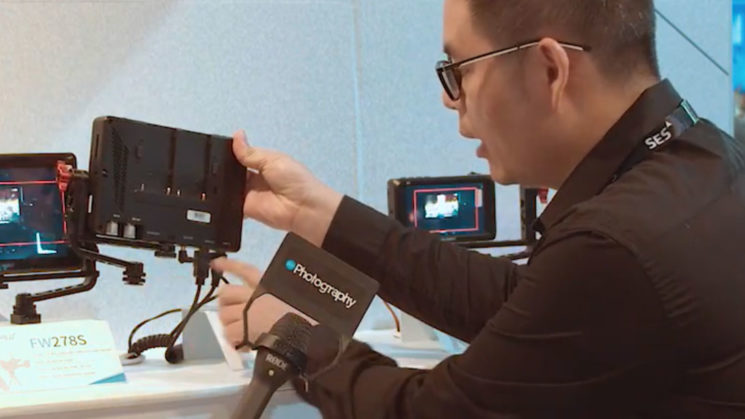 The LUT7 also offers some power advantages. On the back are a pair of slots for Sony NP-F style batteries. You don’t need to have two batteries plugged into the camera at once, though. The monitor first uses one battery slot, and then the other, meaning you can hot-swap batteries as you work to prevent a loss in power. This can be quite important as the monitor also has a DC output jack for powering your camera or other devices.

Feelworld also showed us the FW278S. It’s a slightly cut down version of the LUT7. It’s basically identical in outward appearance and also offers a 7″ IPS screen, but it has a slightly dimmer display, although it still boasts a pretty impressive 1,200 nits of brightness. It doesn’t have the touchscreen features, nor does it have LUT support, waveform or vectorscope of the LUT7, but it will also come at a lower price point than the LUT7.

Feelworld is also working on both an external recorder and an HDMI transmitter. There’s no information on those yet except for the fact that they’re coming. The prices and exact release dates for both monitors are still yet to be announced, but we’ll keep you updated on all of these topics as we find out more.