When I saw the first reviews of the Osee 4k UltraHD monitors, I was impressed. I really wanted to get a unit and see if the price tag (more than Lilliputs and Feelworlds, less than Atomos) made sense. It had a lot to offer, at least on paper: 3000 NITS, both HDMI and SDI pass-through loops, and an IPS panel. We got a G7 kit and used it for a month. Our tl;dr – it’s awesome; for a full breakdown, hit the jump.

Generally speaking, the monitor market is split. You have your cheap off-brand run of the mill sticker monitor. And then you have your big brands like Blackmagic, SmallHD, Atomos, and so on. Pretty much nothing in the middle. And while the generic brands do offer a good starting point, there is a good chance you’ll realize that you to up in quality.

The first good signed came when we put the G7 next to an Atomos Shogun 7 and a Liliput 3000 NITS monitor. Basically, three equivalent monitors if you take away the Atomos ability to record.  We did not use any pro equipment and kind of eyeballed the results, but for the most part, even just eyeballing the monitors gave a good indication. 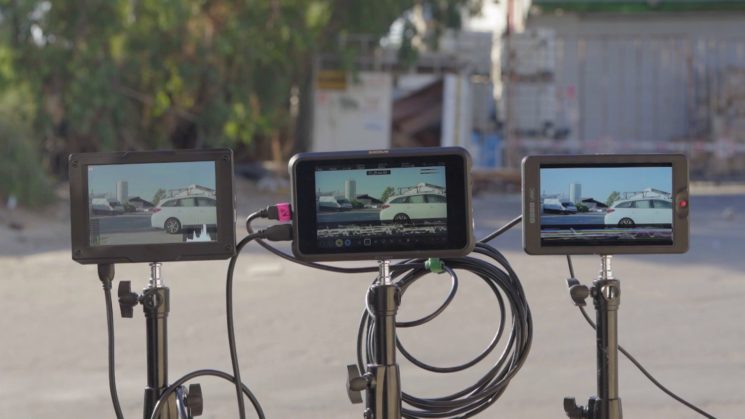 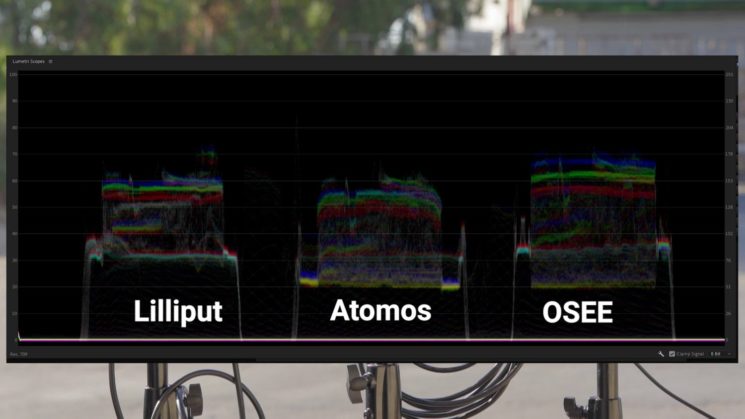 Colorwise, the G7 seems pretty on spot. I am not sure if it’s better than the Liliput and shogun, but it is certainly not worse. And to the immanent question, yes, each of the monitors had all assists features, and LUTs turned off, getting only a clean feed from the camera. 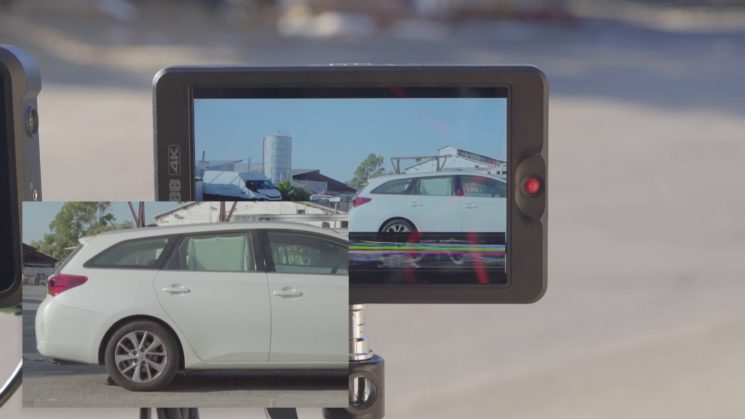 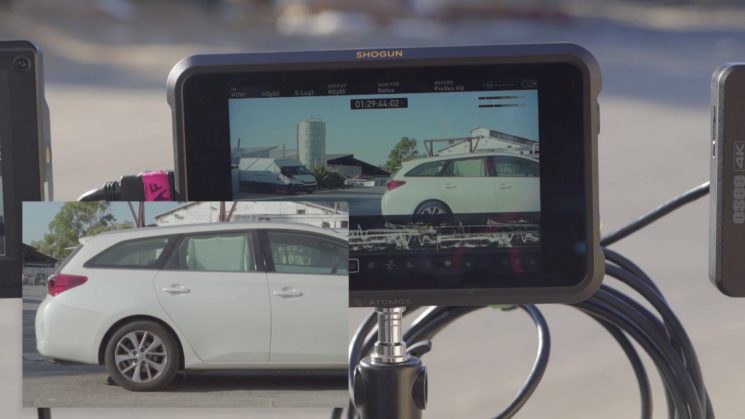 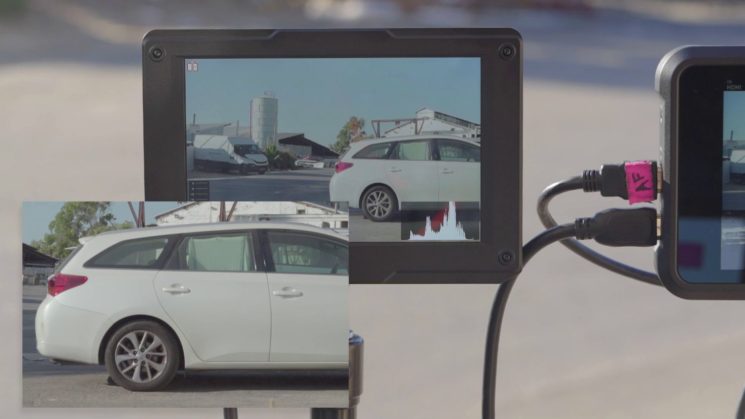 Lastly, viewing angle. Good panels will allow viewing from multiple angles. It’s impressive to see the G7 stretches almost to 180 degrees with no loss of clarity. 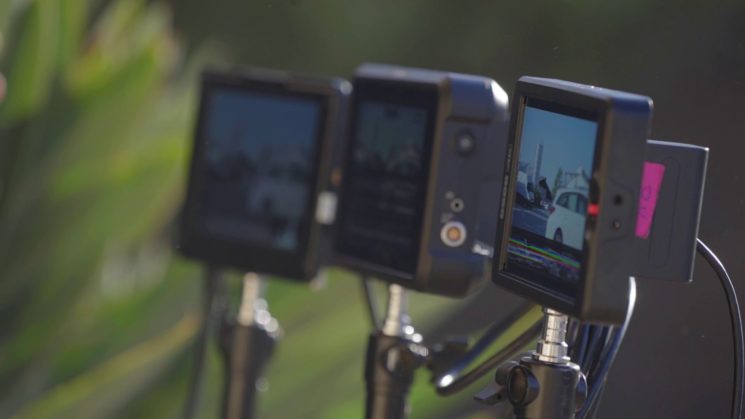 The G7 is made of plastic, but it’s not your typical cheap “glossy plastic”. It’s polycarbonate, and it feels rugged. It has top and bottom metal mounting ports with ARRI locking pins. The sides have no mounting pots and are used for I/O: 3.5mm headphone jack, an SD slot for loading LUTs, and a remote port. I think it’s for Tally, though I never actually used it. 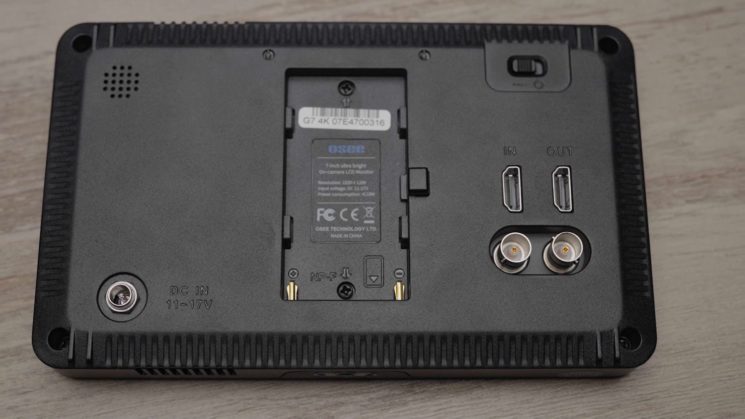 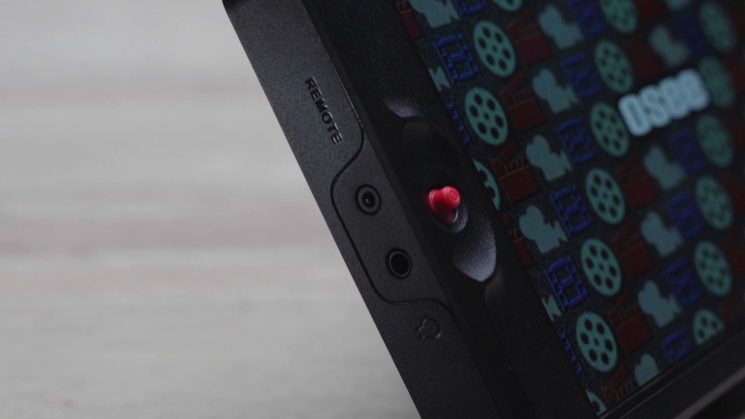 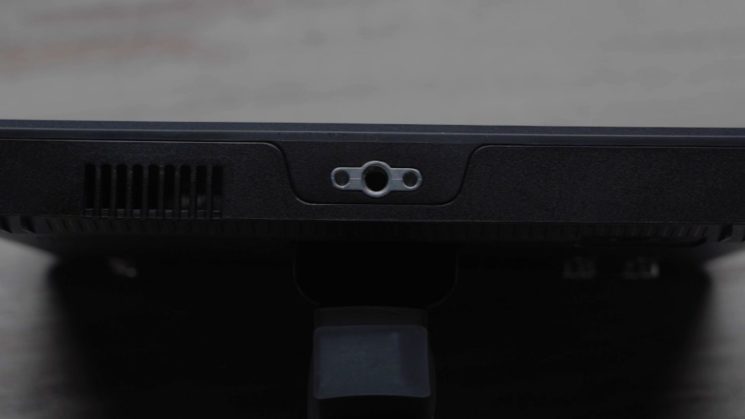 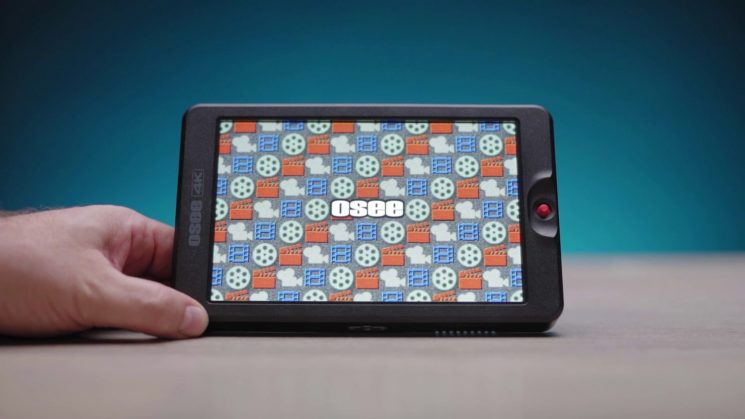 On the back, there is a built-in speaker, a DC port, HDMI in/out, SDI in/out, a power switch, and an NPF battery slot. The switch is a nice touch. Not only does it feel snappier, but it also has zero battery drain when the monitor is off.

More and more companies are now delivering their gear in hard cases. The G7 also comes in a hard case. It not that it a delicate piece of kit, but this way, it can take a lot of travel abuse. In the hard-case, you’ll find a bunch of accessories. A multi-national power adapter, An nicely built articulating arm, a sunshade, and a plate for a V mount battery. (The battery life is stellar even with a single NPF, though) 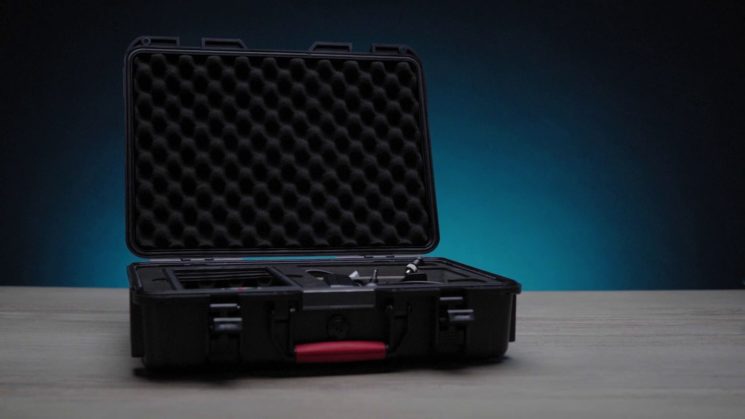 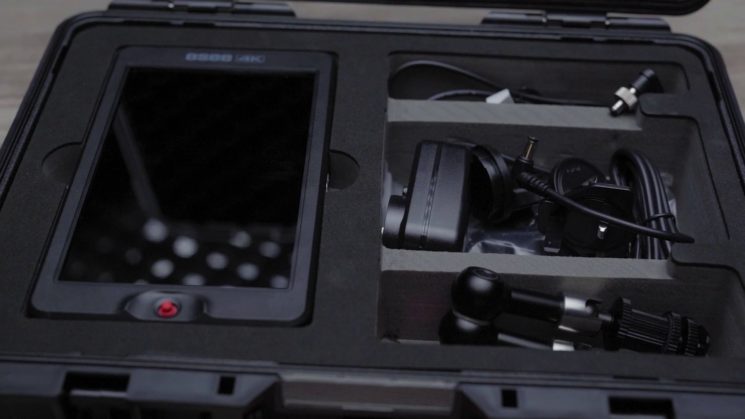 In terms of features, the monitor offers everything that you’d expect from a decent monitor in 2020: false color, zebra, histogram, waveform, vectorscope, audio monitoring, all kinds of parades. If there is a feature that I missed, it’s not because it’s not implemented. It’s because it has them all.

Today, most monitors are controlled with a set of buttons or a touch panel, which works very well for me. If you’re taking those away, there has to be a good reason for it. This is my biggest complaint with the monitor; the menu system is far from intuitive. Some actions you control with going left and right, some with up and down, and some with a press. It is just not trivial and takes away time. I assume that you can get used to it at one point, but I’ve been using the thing for over a month, and I still don’t have a good handle on the logic.

On the other hand, you can resize the image on the screen and layout your tools in custom positions and proportions. This is not a common feature, but I found it very useful.  You can also have different layouts for your tools. These are called scenes in the “Osee language”. (kinda like the pages on small HD monitors). 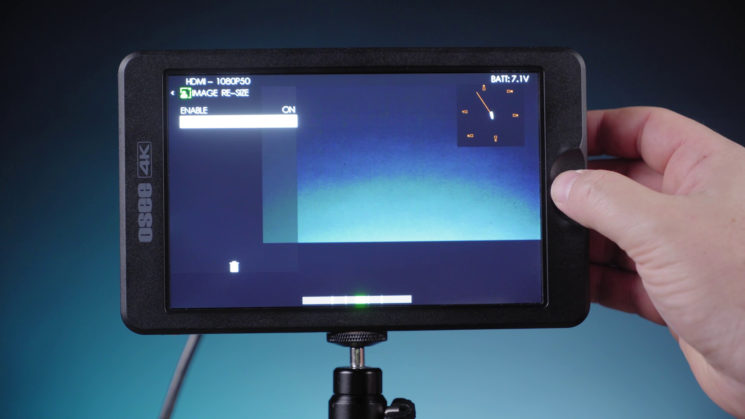 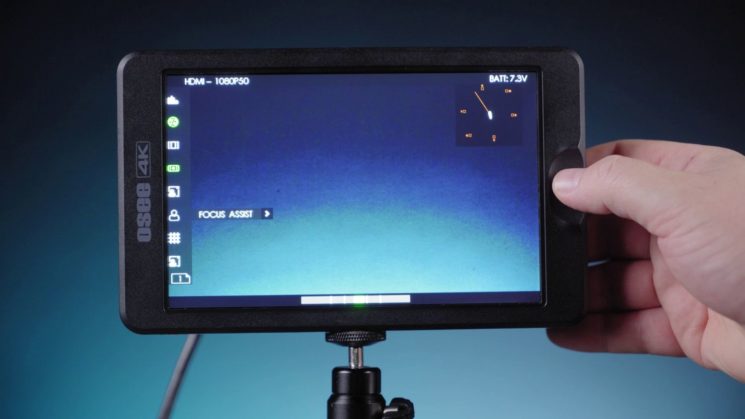 Another minor downer is that there’s no cross convert between HDMI and SDI. It’s not the end of the world for me, but I like to have it as an option.

We were kind of annoyed with not having hot-swappable batteries. For a 7 inch monitor, I would say it’s pretty uncommon not to have two batteries. To their credit, Osee does provide a V mount plate that attaches to the back of the monitor.

It turns out we didn’t even need it. A single 6600 milliamps NPF battery lasted over 2 and a half hours. I have never seen a monitor that lasts this long on a single battery. Our top tier comparison lasted less than half the time. I assume it has to do with the OS running in the background, but man, it’s impressive.

At the end of the day, this monitor costs 700 dollars. So let’s talk about the things that you are not getting. We talked about the menu system. In the field, this translates to wasted time. It’s a shame that we couldn’t have a more efficient system to navigate the monitor. I’ve been using the g7 for about a month, and I still get confused and cancel stuff constantly.

The Osee G7 4k ULtra HD monitor is a fantastic powerhouse. You get pro features and a pro-feel for the very affordable price of $720. There definitely are other monitors with similar features that are even cheaper, but you’re sacrificing build quality, battery time, and brightness. If you don’t need a recorder and don’t want to compromise on features this monitor seems to be the best bang for your buck. The monitor is already available for purchase here.

NASA Photographs Supersonic Schockwaves From Earth; Says You Can Too With Only $3000 Of Consumer Level Gear