We’ve been fans of the Feelworld F6 Plus here at DIYP for a while. It’s a great monitor for what it costs, offering a 1080p IPS touchscreen display, LUTs and 4K HDMI support. We first saw it a year ago at NAB 2019 in Las Vegas. I finally got my hands on one about six months ago and posted my complete review back in November. Or at least, it was complete then. Now, that review is a little incomplete. So, let’s call this Review Part 1.5.

Two of the things I mentioned in my review that the Feelworld F6 Plus was lacking were a waveform and a vectorscope. Well, it looks like Feelworld has listened because a recently released firmware has just added both of those features to this inexpensive monitor. This might just make it the best value on-camera monitor on the market today. 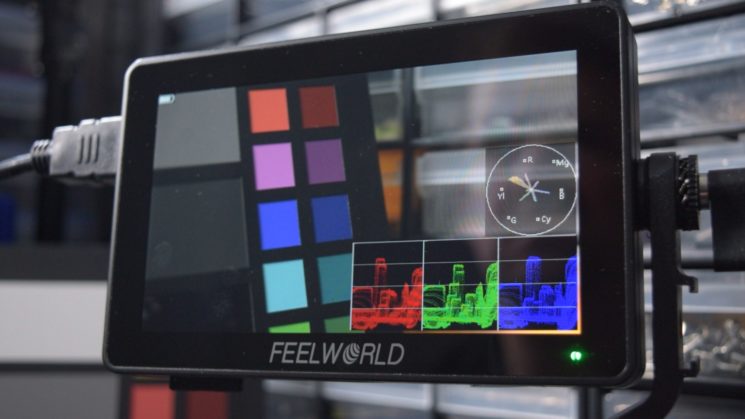 Both the Vectorscope and Waveform can be displayed at once.

The Feelworld F6 Plus typically ships with v1.0.6 firmware. v1.0.7 firmware released in November expanded the amount of LUTs able to be stored in the monitor’s memory from 8 to 50 (perhaps a little excessive, but who doesn’t like options?). The waveform and vectorscope were initially added to v1.1.0 firmware in January, but it contained a bit of a bug which has now been addressed and the latest version, v1.1.2 has been released. 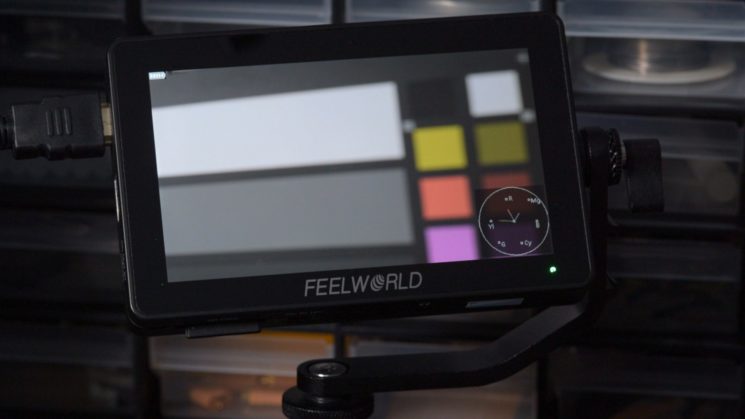 The Vectorscope is a very welcome addition!

For existing F6 Plus owners, the process to update the firmware is simple, and I go through it in the video above. But essentially it’s just a case of downloading it from the Feelworld website, copying it to an SD card, inserting it into the slot underneath the monitor, and then tapping update through the on-screen menus. Wait for it to install and reboot itself, and you’re done. You’ve got access to the new features, which are available via the swipe-up menu at the bottom of the screen. 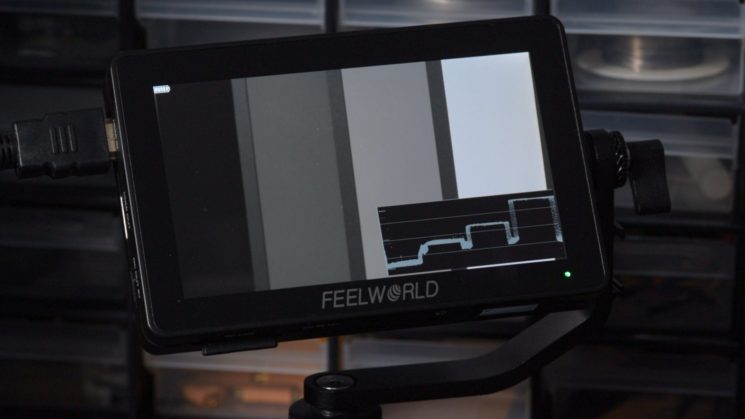 You can overlay either the vectorscope or waveform individually overlaid on top of your shot or both of them simultaneously. The waveform also allows for “Y” (monochromatic overall brightness), YUV (combined RGB waveform) or a full RGB parade. 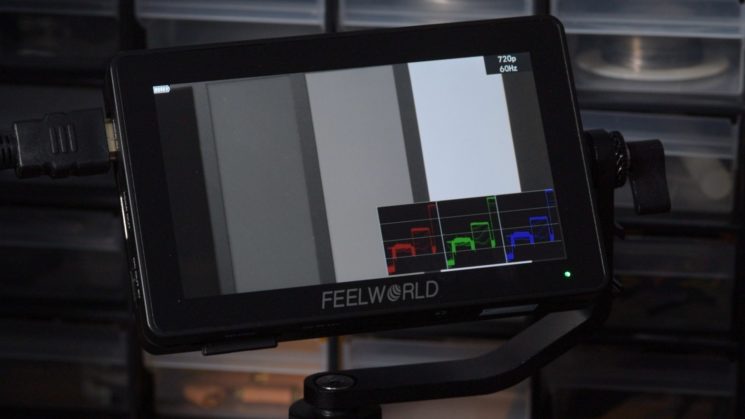 Or, you can go into “All Scopes” mode which brings up both the vectorscope and waveform, along with the more basic histogram and your audio level meters. 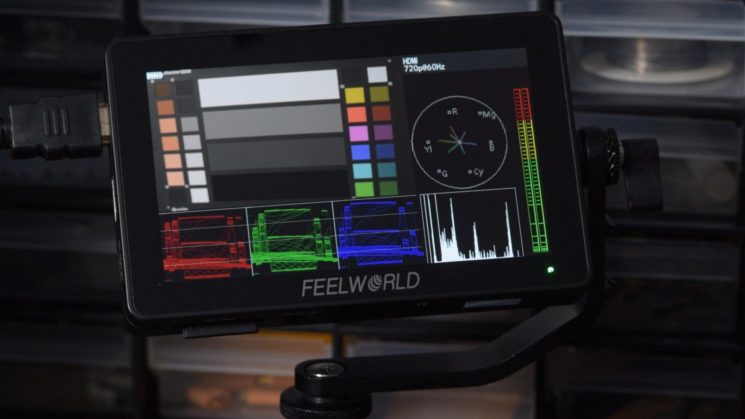 While these features themselves aren’t all that revolutionary, seeing them in a monitor this inexpensive kinda is. Typically, you’d expect to pay quite a bit more to get a monitor that offers 1080p resolution, 4K HDMI passthrough, LUT support and a 5.5″ touchscreen IPS display, with vectorscope and waveform. Even the respectable Atomos Shinobi 5 doesn’t quite offer all this for its price tag of $299. That’s also an extremely good monitor, but it’s a little smaller, and there’s no HDMI passthrough.

This new firmware update definitely kicks the Feelworld F6 Plus up a notch or two. At $229, I think you’ll be hard pushed to find a better value on-camera field monitor. It’s become my new favourite on-camera monitor all over again.

You can download the new v1.1.2 firmware here or buy the Feelworld F6 Monitor here.