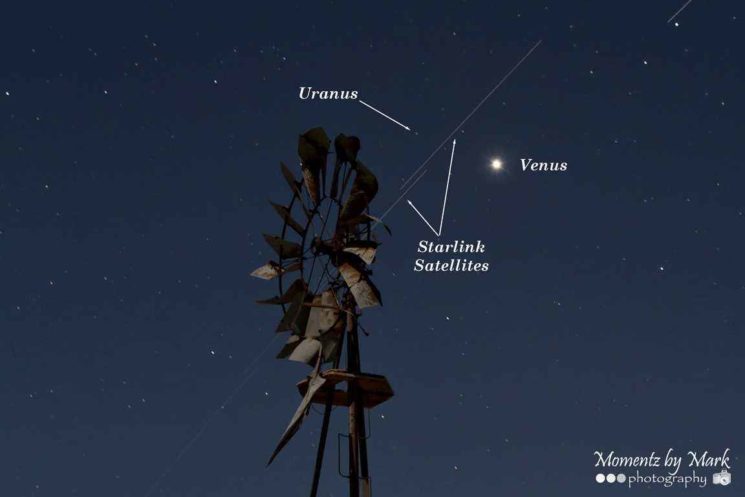 Astronomers have been worried about the effect of satellites, as heir increasing number in the orbit is posing a problem for night skies observation. We can’t do anything to remove them – but we can now help monitor the problem. With its new project Satellite Streak Watcher, NASA asks everyone to help to track the population growth of satellites over time. And all you need is a smartphone camera.

“In the coming years, thousands of satellites will be deployed into low Earth orbit as part of the new internet mega-constellations,” NASA writes on the website of the project. Indeed, we’ve already seen footage of the first 60 Starlink satellites launched by SpaceX in May last year. Another 182 have been launched since then, and the plan is to form a constellation of about 12,000 satellites orbiting the Earth. While these satellites provide internet access, which is certainly a good thing, they make a significant impact on night sky observations. And it’s a bad one.

“In the three hours after sunset and before sunrise, these bright streaks from reflected sunlight will crisscross the night sky and wreak havoc with astronomers trying to photograph astronomical objects from the ground. It will also be a problem for amateur astronomers for the same reasons.”

The damage is already visible, and there are thousands of satellites yet to come. So, NASA asks everyone to help them track the progress of this issue. Here’s what you need to do, according to the project:

The project is aimed at the general public, so it’s focused on smartphone photos and inexpensive gear. After all, smartphones aren’t all that bad at astrophotography anymore. But of course, if you’re a professional photographer or an astronomy enthusiast; if you have expensive cameras, lenses, and telescopes – you can also join the project. Also, it doesn’t matter where in the world you are. The photos are shared on Satellite Streak Watcher website, and there are 37 of them at the time of writing this. All of them show how the satellites orbiting the Earth affect the night sky, and to be honest – some of them are pretty worrying.

Sadly, it doesn’t seem that we can do much about reducing the number of satellites by simply photographing them. But we can track their impact and show how they affect the lives and jobs of astronomers and astrophotographers. After all, maybe that will ultimately make a difference because it could draw attention to the problem.

So, are you joining the project?