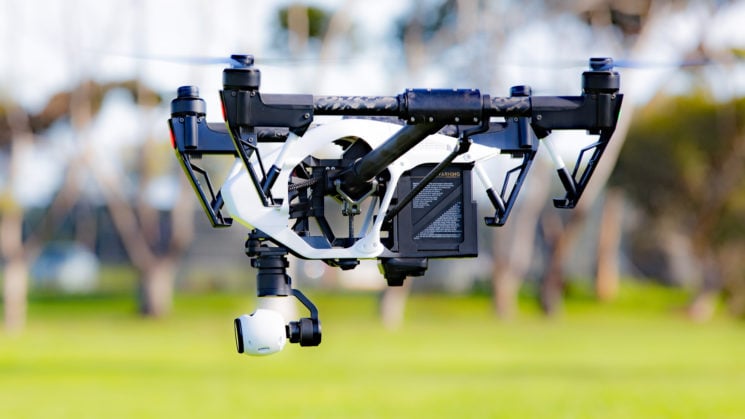 DJI is developing technology to allow anybody with a WiFi-enabled smartphone to access information on unmanned aerial vehicles (UAVs) flying in your vicinity. The reasons why this is a good idea are quite obvious. To increase safety and security. But there are definitely going to be some privacy hurdles to overcome.

The system seems like an extension of their AeroScope system, although without being quite as powerful. AeroScope was designed for officials at airports, military installations and other restricted areas to spot unauthorised drone use. After events such as those seen at Gatwick, Heathrow and Frankfurt airports, though, more obviously needs to be done in order to help identify drone owners causing havoc in the skies.

Today @DJIGlobal demonstrated our direct drone-to-phone system to remotely identify airborne drones. If you're curious about a drone in the sky, you can identify and track it with a free app. Coming next year, pending regulatory approval. Pretty cool: https://t.co/fJEXaMHELi

This new system, which Reuters reports is currently being tested, won’t have the range of AeroScope, which has the ability to spot drones several miles away. The new app would work on drones within a 1km (0.62 miles) distance from the device. They say that the system will work with all drones made in the last few years, not just DJI’s drones, although a list of compatible drones has not yet been released.

Remote ID functions as an electronic license plate for drones, allowing anyone who is curious about a drone in the sky to learn more about what it’s doing.

DJI aims to release the app during 2020, pending regulatory approval. I don’t know exactly what the legal hurdles might be in the USA with regards to privacy, but I would imagine there will be some conflicts across the EU with regard to the General Data Protection Regulation (GDPR) laws that have been implemented throughout each member nation.

Surely publicising tracking data to anyone who wants it without consent is illegal. It will be open season for thieves and put operators at risk of being robbed. I have no problem being tracked by police only and air traffic control but not by anybody else it’s just dangerous

As I said, the positive implications of such a system are obvious, and definitely a step in the right direction to prevent idiots with drones from doing something stupid and/or illegal. Most responsible UAV operators flying completely legal also likely won’t care that the police, aviation or other authorities will be able to identify their systems and find out personal details about who is flying it.

But for any random person with a smartphone? With thieves getting more tech-savvy (admittedly, not all of them), the potential for tracking drone operators (not just the drones) and even reverse-engineering the protocols to build “drone scanners” (probably not too difficult for somebody with the right know-how using a microcontroller like the ESP32) to target multiple people in popular flying areas is a very scary thought for drone owners.