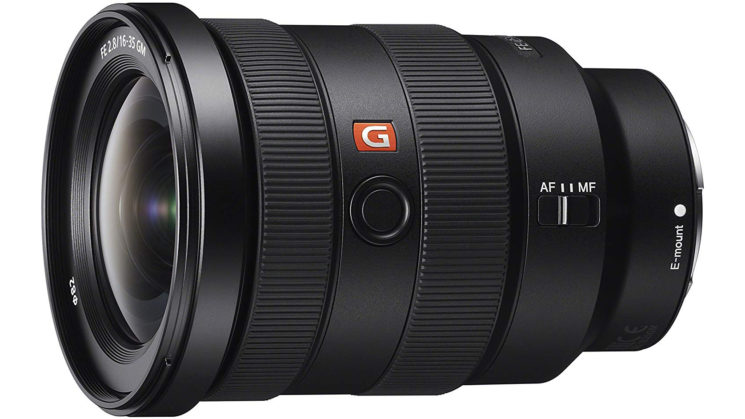 Sony Japan has issued a service advisory for their 16-35mm f/2.8 G Master series lens. From what I can make out of the Google-translated advisory, the camera appears to lock up when an affected lens is attached, and the screen no longer displays properly.

Judging by the range of serial numbers targeted by the advisory, there are potentially around 22,500 lenses affected – assuming they’ve produced the lenses without any breaks in the number sequence. But, Sony will fix it for free.

Thank you for your continued patronage of Sony products.

In some products of our FE 16-35mm F2.8 GM “SEL1635GM” lens for our digital single-lens camera α ™ [E mount] released on July 28, 2017, the camera is operated when this lens is installed. It has been confirmed that events such as not accepting may occur.

Therefore, we will inspect and repair the target product free of charge. Please confirm the following contents and contact us. You can also apply from this website.

It isn’t clear if the events described by the advisory are possible or certain to happen with affected lenses. It may be a fault that the lens has from day one, or it might be something that randomly pops up one day while in use. But according to the advisory, (again, Google translated), this is what you will experience.

The serial numbers targeted by the recall start at 1,800,502 and end at 1,823,192. Sony posted an image detailing exactly where you can find the serial number for your lens.

A form at the bottom of the advisory allows you to enter your lens serial number to confirm and book a service., Sony says that the repair service is completely free of charge until March 31st, 2023.

So far, this advisory has not shown up on Sony sites elsewhere in the world, so it’s possible that these serial numbers are limited to lenses destined for sale in Japan. But, if you’re a buyer of grey imports residing elsewhere in the world to try to save a little on the purchase price, then it’s probably worth checking if yours is on the list. You might have bought a lemon.