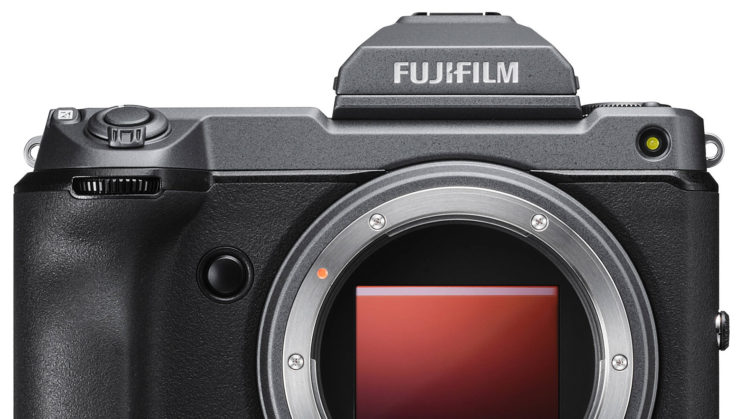 Fujifilm has issued a service advisory for the recently announced Fuji GFX 100, citing issues with the “Lock” function on the side shutter located on the vertical grip. According to the advisory, some GFX 100 bodies have an issue which prevents the lock mechanism from functioning, to prevent accidental shots being taken when that button is not in use.

Included in the service advisory is a range of serial numbers for potentially affected bodies. I say potentially as Fuji note that some bodies have already had the issue addressed before being sold and are not affected. So they say to contact your local Fuji support/service centre to confirm.

FUJIFILM Corporation has become aware that some users of the new FUJIFILM GFX100 have experienced a loosening of the side shutter release “lock” function contained on the built-in vertical grip. The result of this loosening is that the side shutter will no longer effectively lock, and photo capture may be triggered unintentionally. Another result is that tiny parts could become loose within the camera body and potentially interfere with camera functionality.

We anticipate that only a very small percentage of GFX100 cameras that have been shipped to date worldwide (products within the serial number range described below) may be affected by this loosening. Still, we apologize for any inconvenience this may have caused to our loyal customers, and we recommend that any owners of the FUJIFILM GFX100 with the serial number in question promptly reach out to their local Fujifilm support center/ Fujifilm service center to make arrangements for a free examination and repair of the side shutter release mechanism. A production line adjustment has been made such that future shipments of the GFX100 will not be affected by this phenomenon.

Please note that some cameras within this range were modified before sale, so please contact your local Fujifilm support center/ Fujifilm service center to reconfirm whether adjustments should be made to your camera, quoting the serial number, which can be found on the back side of the LCD (please see diagram below). 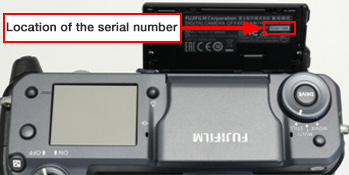 If you have any questions relating to this issue, or otherwise your GFX100, please contact your local Fujifilm support center/ Fujifilm service center.

You can rest assured that Fujifilm is absolutely committed to quality and service excellence, with respect to the GFX100, and with respect to all other FUJIFILM products.

It’s not the first time a manufacturer has sent out a new camera with issues right off the bat. The D800 had problems right away that Nikon eventually sort-of acknowledged, as did the D600, which was ultimately replaced in Nikon’s lineup quite quickly by the D610, with Nikon even offering free D610 replacements for some D600 customers.

And while it’s not nice to hear such news about your new pride and joy, it’s nice when companies act on issues quickly, rather than pretend they don’t exist for a couple of years. So, for that, Fuji is to be commended.

What’s most interesting, though, is that they’re sending out this advisory before the camera has even shipped to customers. B&H doesn’t even have an expected shipping date for the GFX 100 yet and is still listed as pre-order. But this advisory does suggest that it’s already gone out to retailers and that the GFX 100 should start arriving at customers soon.

You can read the complete advisory on the Fujifilm website, and you can find your local service & support centres here.

Springs, levers and electromagnets are what makes a DSLR shutter mechanism work