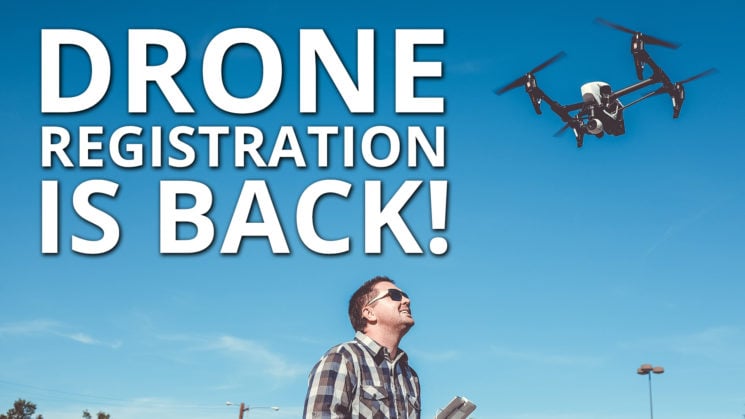 Yes, that’s right, the drone registry introduced in 2015, and deemed unconstitutional back in May of this year is now back. When the drone registration system was first introduced it was met with mixed response. On the one hand, there’s those worried about privacy, and on the other the “Well, if you’re not doing anything illegal, what do you have to worry about?”

Now, it seems privacy be damned, thanks to a bill signed into law yesterday by President Trump. The reinstated registration rules are a small part of a much larger $700bn National Defense Authorization Act. TechCrunch suggests that this was such a small part of the bill it likely slipped through unnoticed.

TechCrunch report that they spoke to the FAA, and in a statement they were told…

We welcome the reinstatement of registration rules for small unmanned aircraft.

The original registration system was shut down earlier in the year, after the appeals court determined that the FAA didn’t have the authority to regulate model aircraft. Over 836,000 people had registered their drones by this point, and the FAA expected sales of 2.3 million consumer drones this year in the US. 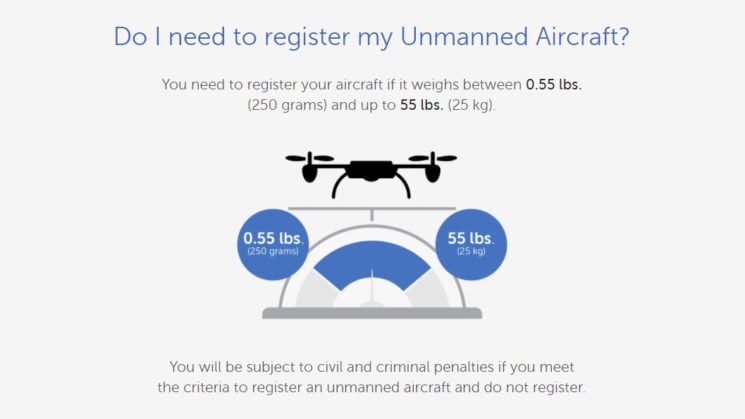 The FAA now once again requires that all drones weighing between 0.55 and 55lbs be registered, and the full list of the rules is available here.

The news will likely be praised by some and criticised by others. Whether or not it can be beaten again, though is another matter.