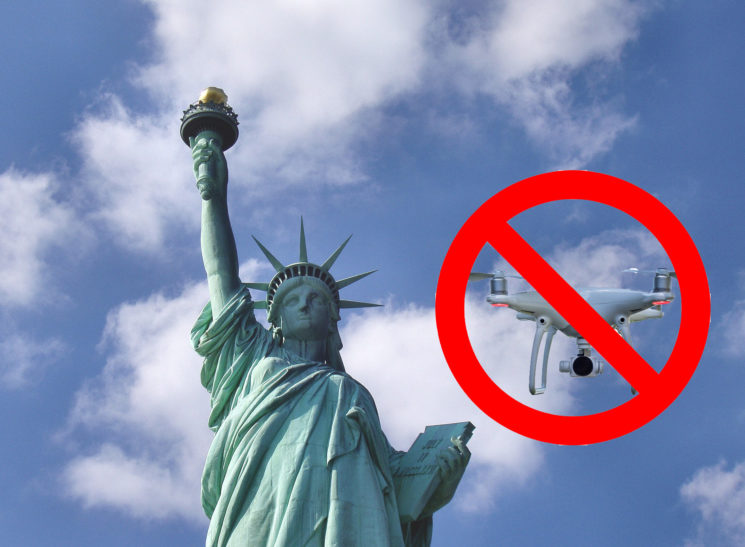 FAA has announced that they are restricting drone flights over 10 major landmarks in the U.S. As stated, they are concerned about unauthorized drone operations over these landmarks, so they are imposing restrictions. From October 5, 2017, drone operators will not be able to fly their aircraft over 10 Department of the Interior (DOI) sites. The Statue of Liberty, Mount Rushmore and Hoover Dam are some of the landmarks where the drone use will be prohibited from now on.

As noted on the FAA’s website, The FAA and DOI have agreed to restrict drone flights up to 400 feet within the lateral boundaries of the following sites:

The flights over these sites are forbidden up to 400 feet. But, keep in mind that flying above this altitude is also against the FAA rules. They have created an interactive map to show the users the restricted areas, and the link to them is also added to their B4UFLY mobile app. Drone operators who violate these restrictions may face civil penalties and even criminal charges.

Despite the prohibition, there are a few exceptions that permit the drone flights over the landmarks in question. FAA writes that they must be coordinated with the individual facility and/or the FAA. However, they don’t give any further details about what it takes to get the permission.