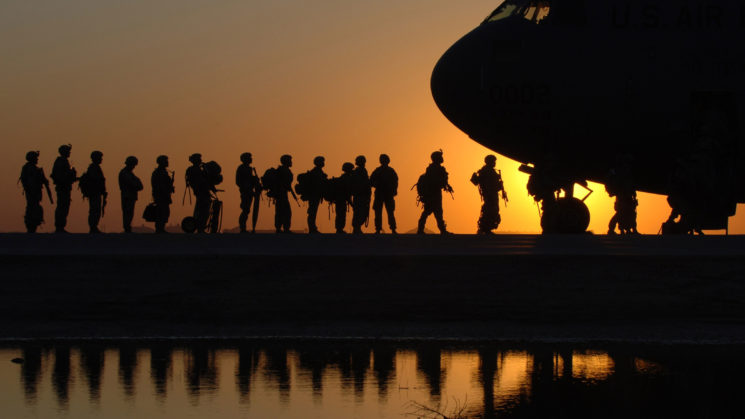 Well, it looks like the US Army aren’t too happy with DJI, after releasing a memo stating their discontinued use of DJI products. They quote “cyber vulnerabilities” as the reason, although they don’t say specifically what those vulnerabilities are.

What’s interesting is that it doesn’t seem to target a specific drone. In fact, while it does mention “DJI Unmanned Aircraft Systems”, the ban doesn’t seem to be restricted to just drones, at all. The memo specifically states that the Army must “halt use of all DJI products”. 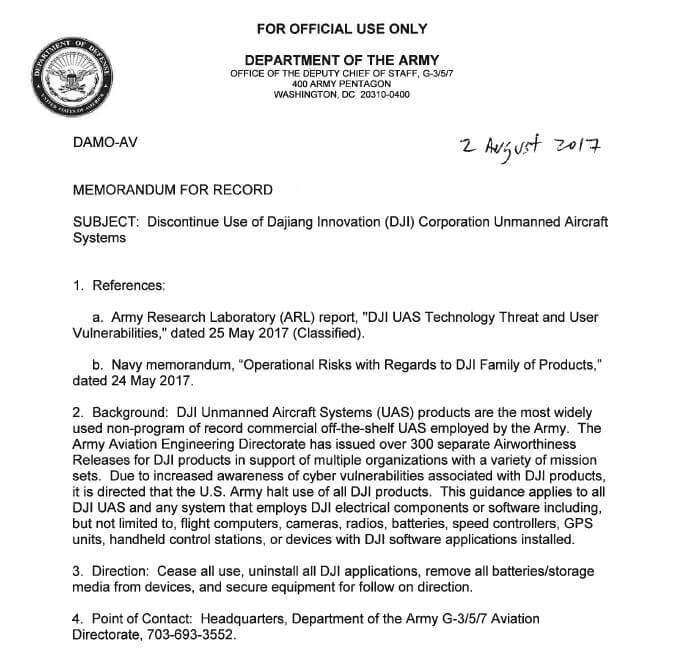 According to the memo, the Army Aviation Engineering Directorate has issued over 300 separate Airworthiness Releases for DJI products. But now it’s pulling them all back.

The wording suggests that vulnerabilities and exploits in DJI products are starting to become more well known. Such vulnerabilities are already known that allow malicious individuals to do things such as take control of the drone during flight. What other vulnerabilities the Army may know of is unclear.

The Army are directing all to cease the use of DJI equipment, uninstall DJI applications, and to remove all batteries and memory cards from DJI products until further notice. That the ban extends to all of DJI’s products is interesting. It may suggest that the issues are with DJI’s mobile software, rather than the drones themselves.

We are surprised and disappointed to read reports of the U.S. Army’s unprompted restriction on DJI drones as we were not consulted during their decision. We are happy to work directly with any organization, including the U.S. Army, that has concerns about our management of cyber issues.

We’ll be reaching out to the U.S. Army to confirm the memo and to understand what is specifically meant by ‘cyber vulnerabilities’.

If you’re interested in finding out more about the current state of drone security, sUAS News recently put up this video going into quite some depth on the topic. It’s about an hour long, so you’ll want to settle in for this one, but there’s a lot of information in it. Information that most drone users are probably unaware of.

When contacted for comment, the US Army told sUAS News…

We can confirm that guidance was issued; however, we are currently reviewing the guidance and cannot comment further at this time.

You can find out more information about this ban on the sUAS News website.

It does make one wonder what information may be out there that might affect the drones we fly with that we don’t know about. Not to get paranoid, but if the Army are worried, shouldn’t we be, too?