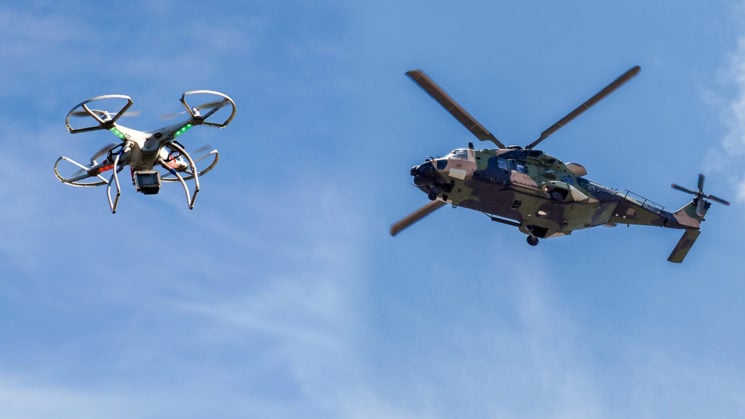 Drone restrictions and regulations across the world often cite theoretical collisions with “real aircraft” as justification. Although it’s not so theoretical this time. The National Transportation Safety Board (NTSB) have released a report detailing an incident involving a DJI Phatom 4 and a US Army Black Hawk helicopter. Although it didn’t end in the destruction and devastation often portrayed on TV, it did leave a 1.5″ dent in the chopper’s propeller.

According to the NTSB report, on September 27th, 2017, drone owner Vyacheslav Tantashov flew his drone at around 280 feet in the air to capture views of the skies above New York. He flew his drone approximately 2.5 miles away, far beyond his line of sight. Then, as the battery started to get low, he told the DJI GO4 app to return “home” and send his drone back to him. Ars Technica reports that when the drone did not return after 30 minutes, he gave it up as lost and went home.

The following day, Tantashov received a call at work. It was the NTSB calling to ask if he was the owner of a Phantom 4 drone. He stated that he was and that he had recently lost it near Verrazano Bridge. This was when the NTSB informed him that his drone had not crash landed into the river, as he’d thought, but it had collided with a US Army Sikorsky UH-60M Black Hawk helicopter. It had been patrolling for the UN General Assembly in Manhattan. 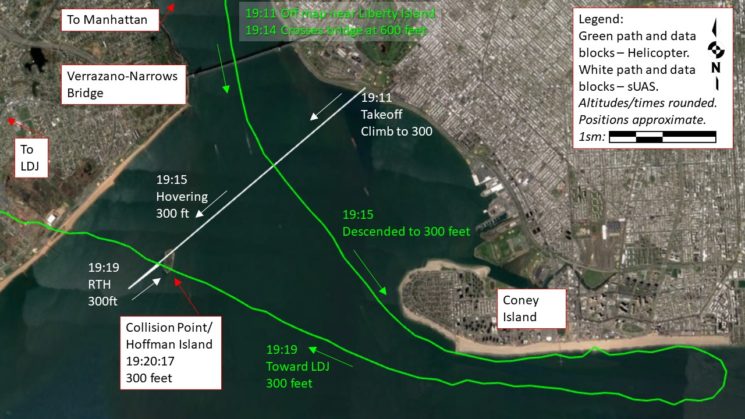 The flight paths of both the drone and the helicopter / NTSB

While it didn’t result in the rain of fire coming down from the sky that many might have us believe, it did cause damage to the helicopter. It left a dent in its main rotor blade and sustained damage to the window frame and transmission deck. 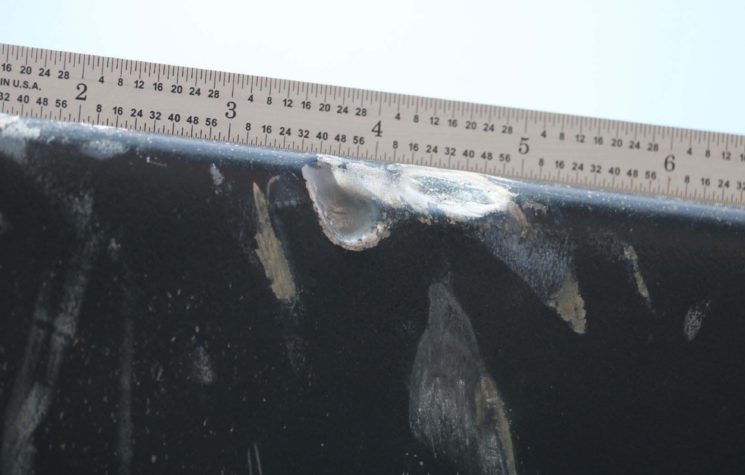 How did they identify the drone owner? Well, during the incident it appears the helicopter’s rotor blade snapped clean through the DJI’s arms and one of its motors ended up lodged in a cooling fan. The piece had the drone’s serial number on it, so they contacted DJI. As Tantashov had acquired his drone directly from DJI they were able to provide the NTSB with his details.

Ars Technica reports that Tantashov is an experienced drone pilot. He’d made 38 flights alone within the previous 30 days, and had owned two other drones before the Phantom 4. When the FAA were asking drone pilots to register, he had done so and was generally aware of the rules. He knew to stay away from airports, that there was Class B airspace nearby and to stay below 400ft. 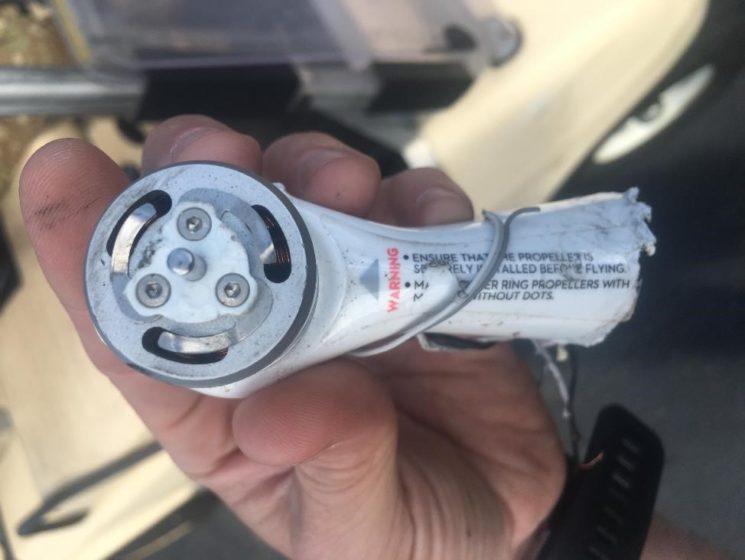 What he didn’t know about, however, were Temporary Flight Restrictions (TFRs). He relied on the app to tell him when and where he could fly and it didn’t give him any warnings on the evening of the collision. He was not aware of the TFRs in place for the UN meeting or the president’s movement and violated them with his flight.

DJI’s “GEO” system does offer some TFR guidance, however the feature was disabled in August 2017 due to some issues and not re-enabled until October. So, during September when this happened, the feature didn’t exist. Of course, DJI do stres that this only an advistory feature even when it is enabled. Drone pilots are responsibile for confirming this information for themselves. Just because the app doesn’t explicitly tell you that you’re not allowed to fly, it doesn’t mean you’re allowed to fly.

Fortunately, there was no serious damage. Probably expensive, but not fatal. But as more drones enter our skies, and fewer people seem to know all the ins and outs of drone regulation, incidents like these are likely to become more common.

So, make sure to read and understand the rules. Check the areas you wish to fly before you take off. Don’t go out of line of sight (barring any possible FPV excemptions).

And, whatever you do, don’t rely on apps to fly your drone back to you unattended.

You can read the full report on the NTSB website.

« Look at these photos of unbelievable animals before they become extinct
Photoshop tutorial: five ways to make colors pop »