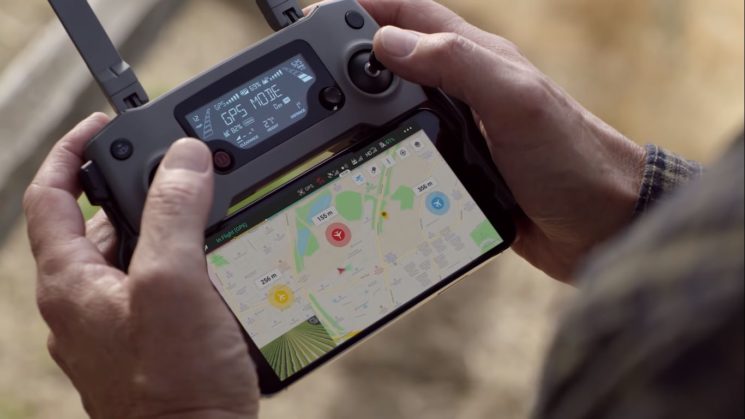 Starting from next year, all DJI consumer drones are going to become safer. DJI has announced that it’s adding airplane and helicopter detection to all its drones weighing more than 250g (0.5 lb). This way, the drones will be able to avoid collisions, making the skies safer for everyone.

DJI writes that all drone models released after 1 January 2020 will be equipped with AirSense technology. It receives ADS-B signals from nearby airplanes and helicopters and can detect them from miles away, farther than a drone pilot can hear or see them. When an aircraft is located, its location is displayed on the screen of the pilot’s remote controller. The pilot gets a warning if their drone appears to be on a collision course. Still, it’s in the pilot’s hands to ground the drone when the warning arrives.

The feature has previously been available only on some professional-grade DJI drones, and this is the first time it will be added to consumer drones. In the video below, you can see how it will work:

DJI explains that its AirSense commitment is the first step of the ten-point “Elevating Safety” plan. This is the company’s new plan for “how DJI, other drone manufacturers, and government officials around the world can maintain drones’ admirable safety record.” These are the ten points of the plan:

This is certainly a smart move from DJI, considering that the number of drone owners is still on the rise and DJI is the current leader in the drone industry. Although the FAA predicts a decline in the consumer drone market, the commercial drone market is expected to triple by size by 2023. All in all, steps are definitely needed to make the skies safer and to avoid the incidents such as those at Gatwick, Heathrow, and Frankfurt Airport.