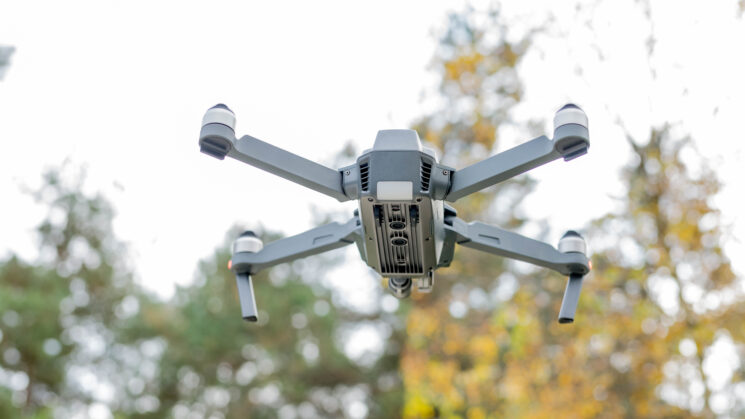 Drone company DJI has recently confirmed that it is no longer shipping its products to either Russia or Ukraine, in a bid to stop the drones from being used as weapons.

The Chinese company will also withdraw support for existing drones meaning that Aeroscopes which help people find the location of a drone pilot, could expire.

Now into its 64th day, the Russian invasion and war in Ukraine sees no sign of abating. DJI’s decision is apparently the first time the company has responded to Ukraine’s Vice Prime Minister’s accusation that the company is helping to kill civilians with their Aeroscopes system. Something for which the technology was never intended, nor had DJI ever anticipated that it could be used for hunting people down during times of conflict.

Both Russia and Ukraine are using drones for reconnaissance flights and there have been reports of  Ukraine resistance fighters building makeshift weapons out of them.

Many other companies have already removed their products and stopped sales in Russia, however, most have continued to supply Ukraine. In an unusual response, DJI has removed itself from both countries in an effort to appear to be neutral.

“For 15 years, DJI has tried our best to stay out of geopolitics,” spokesperson Adam Lisberg told The Verge. However, in an effort to remain neutral, the company decided to remove itself from both countries simultaneously. While DJI isn’t specifically able to stop sales altogether (sales are made through third parties in those countries), it has pledged to stop further products being shipped, and has pulled all existing support.

“But we have to do something, because we don’t like seeing anyone use our products to hurt people,” he added.