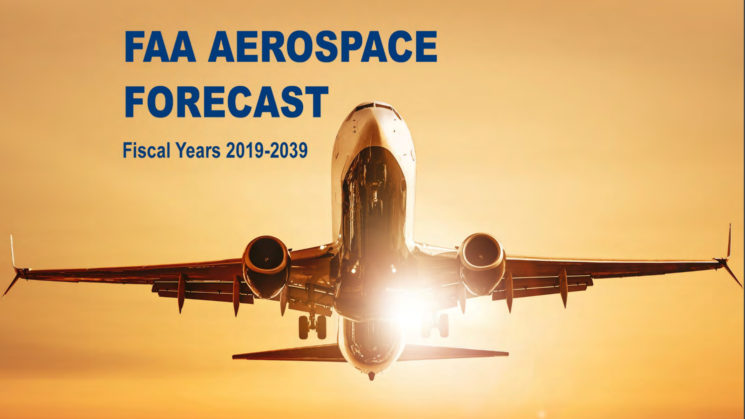 The Federal Aviation Administration has just released its 20-year forecast predicting what may happen in the world of aviation between now and 2039. It covers a number of topics from international and domestic travel to commercial aircraft and UAVs.

Of particular note is that the commercial drone market appears to be expanding rapidly. In fact, they expect it to triple in size by 2023. They also say that consumer drone demand has “slowed considerably” and that they expect it to continue doing so.

The FAA’s online registration system went into effect on Dec. 21, 2015. In May, 2017, a U.S. Appeals Court Order caused a temporary halt in UAS registration. Subsequently, the registration requirement for all model aircraft owners was reinstated in December 2017 with the 2018 National Defense Authorization Act (NDAA). Despite the temporary halt, registration’s pace continued beyond May, 2017.

So, consumer demand is dropping. At least, the number of consumers appears to be dropping, year-on-year. The FAA does not require drone owners to register each individual machine. So, some people own multiple drones and are likely planning to purchase more. But the number of new pilots is losing pace.

Perhaps the novelty is wearing off? All those who were interested have gotten one, got it out of their system now and got rid? Maybe the regulations are becoming too much for them to want to deal with? Have you bought a drone and then got rid of it to never fly again? Why?

For commercial users, though, each individual drone is required to be registered, and the pace of monthly registrations, they say, is at almost 3 times higher than last year. By the end of 2018 the FAA reports that there were “more than 277,000 non-model aircraft registered since registration opened” with 14,600 registrations per month during 2018.

It’s an interesting report, that’s well worth a read, with a lot of statistics for you to sift through showing the trends in drone ownership in the USA.

« Nikon stops forcing Snapbridge on users – unlocks real WiFi on the D850, D500, D7500 and D5600
These are the nine worst habits for landscape photographers »