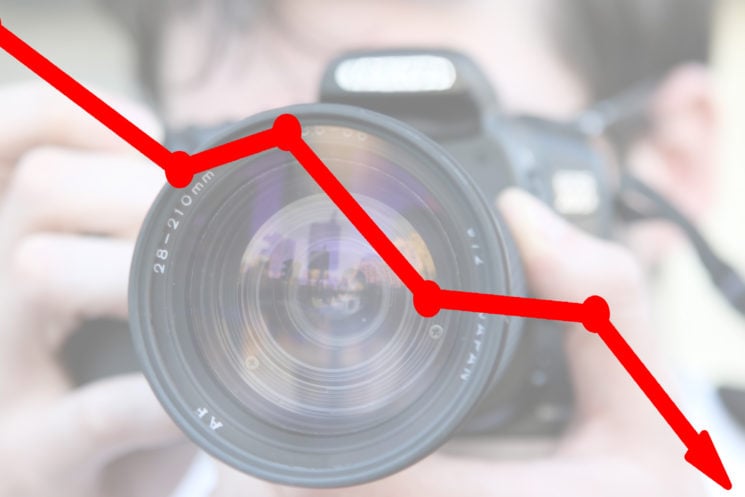 In a recent interview, Canon’s president Fujio Mitarai expressed not-so-optimistic predictions for the future of the camera business. He admitted that Canon’s sales have declined by around 10% in the past couple of years, and he believes that it will get even worse. According to Mitarai, the digital cameras market could shrink by as much as 50% within the next two years.

The interview was published on the Japanese website Nikkei, where Canon’s president talked about the company’s plans, as well as his predictions and expectations for the future. Mitarai said that Canon plans to shift focus to corporate customers when it comes to the camera business. He believes that application of cameras will increase in industrial fields such as surveillance and medical care, and he showed the idea of providing lenses and other technologies to these customers.

As for the digital camera market, it has admittedly decreased within Canon, but also in general, Mitarai explains.

“In our company cameras have declined at around 10% a year (sales volume) in the past few years (combined with single lens reflex and mirrorless) The world market for interchangeable lens cameras is around 10 million, but decreased the mirrorless product is growing, but it is a replacement with a single lens reflex, it is not adding to the market as a whole. (Google translated)”

Mitarai adds that people nowadays usually shoot with smartphones, which could be the reason for the decrease in the digital camera market. According to him, this market will keep falling for about two years, when it will “hit the bottom.”

Another reason why the sales may be dropping is that people simply have no need to upgrade, especially when it comes to DSLRs. Most companies launch a new flagship DSLR every two to three years, and they only have minor changes compared to the previous generation. Take Nikon D5300, D5500 and D5600 as an example – they’re all practically identical. So, if you own a D5300, you likely won’t have the desire to upgrade, at least not to the newer flagship model.

It’s probably why camera companies are switching to mirrorless now. Currently, it’s probably the only way to offer something new, considering that most of them have got as far as possible when it comes to DSLRs.