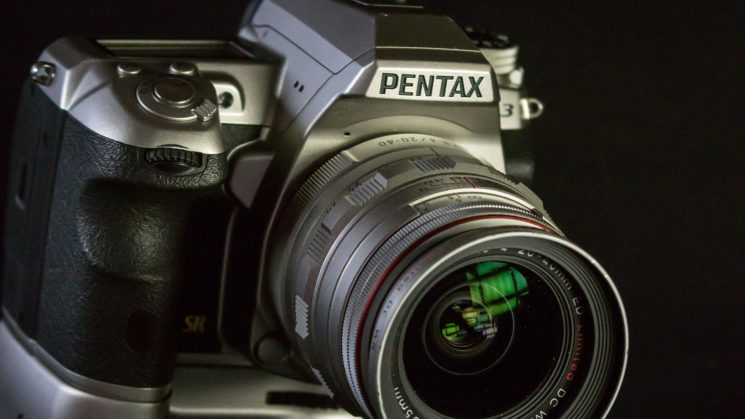 Imaging Resource recently published their interview with Ricoh execs at the CP+ trade show in Tokyo. They spoke about Ricoh’s plans for Pentax. But in amongst the conversation was Ricoh’s thoughts on the whole mirrorless vs DSLR debate. And, apparently, they think that the people who have switched to mirrorless will switch back to DSLRs within a couple of years.

It’s an interesting conversation, and I sort of see where he’s coming from, but it sounds to me like the folks at Ricoh just haven’t really tried any recent mirrorless cameras, or really sat down and compared them in the real world.

This is maybe just another way of asking the question about mirrorless, but while the overall market for interchangeable-lens is decreasing, DSLR is decreasing more rapidly. How has that been felt within Ricoh, and what are the ways that you intend to combat that general decline?

Hiroki Sugahara: Currently, mirrorless is a newcomer, so of course many users are very interested in the new systems, they want to use [them]. But after one or two years, some users who changed their system from DSLR to mirrorless come back to the DSLR again.

Hiroki Sugahara: I believe. Because as I said before, each system has its own benefits or appealing points. The mirrorless camera is very convenient to shoot, because users can [preview the final] image before shooting. But I believe the DSLR has its own appealing point, because users can create their own image from the optical viewfinder. People can see the beautiful image through the optical viewfinder, and then think how they can create their pictures — for example, exposure level setting or white balance or ISO [sensitivity] — and then imagine how they can get [the result they’re seeking].

Hiroki Sugahara: That is one of the big [advantages] of shooting [DSLR] cameras, so some users will come back to the DSLR system. But it might be they use both systems, DSLR and mirrorless. Because each system has its own benefits.

Hiroki Sugahara: So the DSLR market is currently decreasing a little bit, but one year or two years or three years later, it will [begin] getting higher.

Dave Etchells: You think it will return, will start growing again.

There are definitely certain circumstances where DSLRs win out over mirrorless. Of that, there is no doubt, especially if you use flash and rely on a mechanical shutter. DSLRs also have a good track record of reliability now, spanning a couple of decades. That being said, the kinds of people who need that aren’t switching to mirrorless, so they won’t be switching back to DSLRs. They’ll just keep shooting DSLRs.

The statements made feel very much like simple nostalgia and a hope rather than an actual prediction on the future of camera technology.

Let’s humour him, though. Let’s say, just for a minute, that he’s right. That countless mirrorless owners will switch back to DSLRs in a couple of years. They’re still not going to be buying Pentax.

The only reason I’m still shooting DSLRs is because mine haven’t died yet. I have no need to “upgrade” to mirrorless. It would be a needless expense right now. But when my DSLRs shuffle off their mortal coil, mirrorless is where I’m going to be looking for replacements if the state of mirrorless at the time can give me all I need (global shutter, please).

From Canon to Sony: what I learned four years after switching systems

Seven things nobody told you about switching from DSLR to mirrorless

« Use these three simple tricks to awaken and improve your creativity
Concert photography tips: from getting a pass to editing photos in under four minutes »