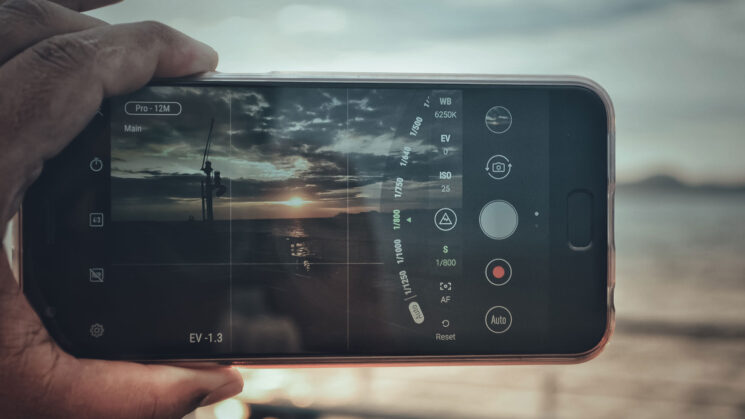 Echoing the words of Sony president and CEO, Terushi Shimizu, Qualcomm’s vice president of product management and cameras, Judd Heape, believes that AI-powered smartphones are going to overtake DSLRs in terms of image quality in the next few years. His estimate is a little longer than the 2024 date mentioned by Sony, offering 3-5 years as a timeframe, but he believes the sensors area already there and that now AI capabilities will push it over the edge.

It’s a bold claim, from both individuals, but are they right? Well, I think context matters. For 99 percent of people who just want to quickly whip out a camera and take a half-decent photo on a walkabout, yes, they probably are. But can they really usurp DSLRs and mirrorless cameras for all situations? No, I don’t think so.

There is no doubt that smartphone cameras and AI technology is improving at an unprecedented rate. They’re improving far more quickly than DSLRs ever did or mirrorless cameras today. The sensors and computational photography technologies are already far beyond what anybody expected just a few short years ago. In speaking with Android Authority, Heape said that “In terms of getting towards the image quality of a DSLR, yes. I think the image sensor is there”.

He also said that “the amount of innovation that’s going into mobile image sensors is probably faster and more advanced than what’s happening in the rest of the industry”, and I don’t think there’s much doubt that that is true. And it’s not really a surprise. Everybody owns a smartphone. Not everybody owns a DSLR or mirrorless camera. The market is far larger and it makes sense to invest in those tiny smartphone sensors.

And it’s not just the sensors but the processors. Snapdragon processors, produced by Qualcomm and found in probably the majority of smartphones out there in the world, far surpass the capabilities of the processors found in most cameras. This, too, is logical, because they have to perform more demanding tasks than simply shooting photos. But when you need to shoot photos with it, all that processing power is just sitting there and available for use.

Which is exactly what the AI capabilities on the newer phones is doing, tapping into all of that processing power to ultimately produce a final result that for most people competes with images shot by a DSLR or mirrorless camera. Smartphones encroaching on DSLR and mirrorless territory wasn’t entirely unexpected. They did away with compact cameras pretty much overnight and with the power that smartphones have available to them, it’s simply a matter of time.

Even if smartphones manage to eventually overcome some of their limitations – like shooting fast-paced events in low-light situations, there’s still the issue of ergonomics, connectivity and technical capability for more advanced techniques. Sports and wildlife shooters, I think, would struggle to adapt a smartphone to their long lens needs. Working with flash is also another huge hurdle that I don’t think smartphones will ever be used for in a serious capacity amongst the masses. And there are plenty of other techniques and genres where I don’t think smartphones will ever give us what we need.

It’s not because I don’t think they’d never be capable of such tasks, I just don’t think the motivation is there for smartphone companies to work on them. Like with flash, for example. I think just about every smartphone on the market today is capable of working with just about any flash system from a hardware and technical standpoint, just not software. But there’s just no motivation for smartphone manufacturers to really develop it because it’s such a relatively small sector of the smartphone-owning market. Sure, Profoto has their app, but they’re not a smartphone company and it only works with their lights, iPhones and a handful of select Samsung devices, not all smartphones across the board.

Ultimately, I think it boils down to control. The more responsibility and functionality we offload to AI, the less control we ultimately have because the processor’s doing it all for us, guessing at what we want. And for the vast majority of smartphone users, that’s just fine. That is, after all, who the smartphone companies develop for. But the “niche” capabilities that only DSLRs and mirrorless cameras can provide? I don’t think that will change for a long, long time, if ever. If it does, I think it’ll only be because they need to unlock a certain capability for one thing and third-party developers take it upon themselves to exploit that capability for more niche use cases and features.

I have to admit that I do find myself using my smartphone for more and more of my general photography these days. Exploring a new city or heading out into the wilderness to go camping. It’s just more convenient and the images are already plenty good enough to document our lives. But for more creative things, where I want to have control over every aspect of the shot and possibly interface with other hardware, I’m still taking my DSLRs and mirrorless cameras and probably always will.

What do you do with your DSLR and mirrorless cameras that a smartphone could never replace?