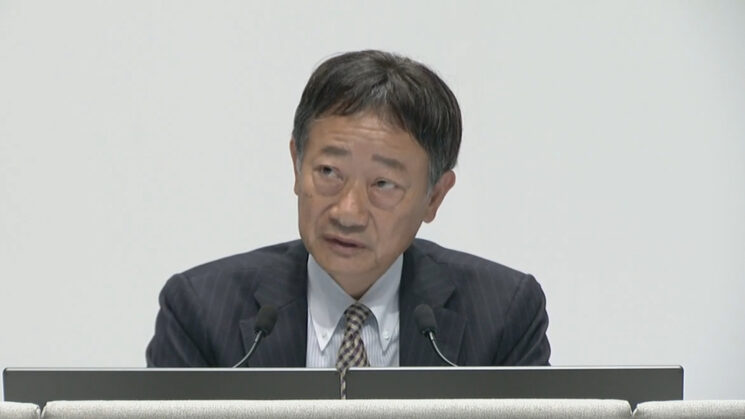 Well, this is a bit of a surprise statement from Terushi Shimizu, President and CEO of Sony Semiconductor Solutions during a recent briefing. According to an article on Nikkei Japan, he made the statement that smartphone image quality will exceed that of DSLRs “within the next few years”, although an image accompanying the presentation suggested a more specific timeframe with a 2024 date.

If anybody would know about the image quality of sensors inside DSLRs and smartphones, it’s Sony. After all, they’ve arguably made most of them. But it’s not all about the sensor. He believes that along with new sensor technologies, computational photography will be the defining factor that brings the image quality up to par with DSLRs.

The statement came as part of Sony Group’s business briefing for the company’s Imaging & Sensing Solutions division. And he believes that the biggest growth in smartphone technology will appear in the cameras they contain. Given a lot of the smartphone announcements lately in collaboration with high end camera companies like Leica, Hasselblad and others, it’s a pretty logical assumption to make.

Around 2019, it was said that the three elements of the battery, display, and camera will evolve in smartphones. While the other two are technically saturated, there are still expectations for the camera to evolve.

You also have to bear in mind here that he’s talking about Sony’s DSLRs – Yup, there’s always a caveat with Sony – and they haven’t made one of those since 2010. So, it won’t be beating the latest and greatest cameras just yet – or by 2024. But even back in 2010, DSLR image quality was pretty good. Sure, you probably didn’t want to raise the ISO up too high back then – unless you owned a Nikon D3s – but it felt like DSLRs were finally at a point where they’d matured and were starting to be adopted by more of the general public over point & shoots or film cameras as a result.

There are obvious physical limitations between the relatively tiny smartphone camera sensors and even the APS-C sensors most DSLRs used back then, let alone full-frame sensors. But sensor technology has come a very long way in the last dozen or so years and it shows no signs of slowing down. AI and computational photography is also playing a big role in smartphone imagery, too, which is also only going to get better.

It will be interesting to see if the belief proves out to be true in a couple of years. Personally, I think there will always be things you can do with a DSLR that you can’t really replicate computationally. But what would be nice to see is some of that computational AI tech inside today’s (or tomorrow’s) mirrorless cameras. While it wouldn’t affect the raw images, it would potentially mean that we can get some decent in-camera jpgs for those times when shooting raw just really isn’t that important.