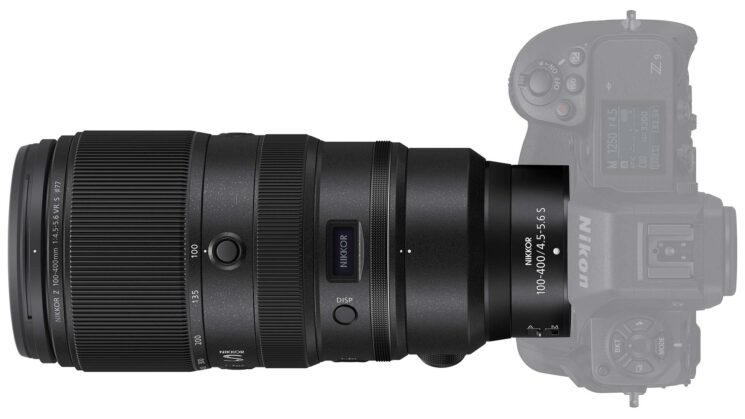 I don’t know how long camera manufacturers will continue to think that we believe their “we didn’t know it was going to be so popular!” excuse. Of course, they knew it was going to be popular. because its predecessor was also extremely popular. Still, Nikon has posted an announcement stating that demand “exceeds our expectations”, so they’ve suspended sales of the new Nikkor Z 100-400mm f/4.5-5.6 VR S lens.

All I hear when companies claim they “didn’t anticipate the demand” is Homer Simpson saying, “It’s my first day“. Fortunately, some sellers still have them in stock for now. But once they sell out, it might be a while before they get more. It’s not even a new lens, either. It was announced last October. Here’s what Nikon has to say…

We have received a large number of orders for the “NIKKOR Z 100-400mm f/4.5-5.6 VR S”, which exceeds our expectations. We have decided to temporarily stop accepting orders from Friday, December 2, 2022. We are considering increasing production due to the favorable reception of orders, but we sincerely apologize for causing a great deal of inconvenience to customers who are waiting for this product.

We will continue to monitor the situation and make an announcement as soon as it is confirmed.

We will do our best to deliver it as soon as possible, so we appreciate your understanding.

It’s a common thread over the last couple of years, but not making enough to meet demand is really not a surprise. There’s still a global silicon shortage going on, there are still lockdowns in China, where they likely source many of the electronics components and the logistics of shipping isn’t as easy as it was pre-plague. But the fact that they keep telling us this same old story basically says one of two things. Either camera manufacturers are incompetent – and even though this is Nikon we’re speaking about in this case, I find this unlikely – or they think we’re idiots.

The truth of the matter is that with reduced resources and increased costs due to the pandemic – and that’s before we even think about the general global economy and cost of living issues happening right now – they’re limiting their manufacturing to produce the bare minimum on a product launch to see how well it does before they put some real effort into it.

They don’t usually underestimate demand at all, though. They know exactly what the demand is going to be, but they’re playing it safe. After all, in this case, we’re not dealing with a brand-new type of lens. Sure, it’s a new lens, but it’s basically the replacement for the old Nikon AF-S 80-400mm f/4.5-5.6G ED VR for Nikon’s F mount DSLRs, and they KNOW how exactly how popular that was. There’s no real reason to expect its successor would be any different.

It’s damage mitigation, is all. They’re keeping production low in the event that they release a product that they do think will be popular but falls flat on its face once it hits retail, and they’re not stuck with a warehouse full of gear they can’t sell using materials that could’ve been put to use elsewhere. They’re manufacturing just enough to keep the instant gratification early adopters happy (and to get them saying how good it is and essentially marketing for them for a few months) while they ramp up production.

The other thing in this particular case, though, is that this lens was announced over a year ago. Had the last 14 months’ worth of pre-orders and sales not given them some indication as to future demand? Maybe Nikon is just incompetent, after all.

There’s absolutely nothing wrong with the reality of the situation. It’s not the manufacturers’ fault that there are global shortages of raw materials. We’ve kind of come to expect that this is going to happen with most new gear being released these days. But just be straight up with us and tell us what’s really going on.