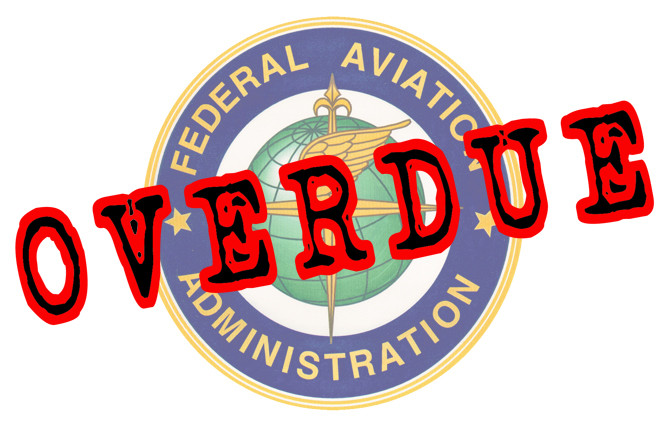 Three days ago the Federal Aviation Administration proposed an industry-record fine of $1.9 million against an aerial photography company claiming their drone broke the law and posed a safety threat.

What the FAA isn’t being as outspoken about is that on October 1, 2015 it missed a congressionally mandated deadline to set safety rules for drones and integrate them in US airspace.

Making things even worse, according to Aviation Week the FAA expects as many as one million unmanned aerial vehicles will be sold during the upcoming US holiday season.

Back in 2012 Congress passed the FAA Modernization Act at which point the FAA was given until September 30, 2015 to fully regulate drones in US airspace and provide some sorely needed safety restrictions.

As things stand at the moment, the FAA is far from meeting the deadline and is only issuing permits that exempt users from the existing (and very lacking) regulatory system. According to the FAA, 1,800 of the Section 333 exemptions have been issued so far.

We’ve seen plenty of safety and legally-questionable incidents involving drones over the past few years (near miss with an Airbus A320 airplane, drone flying over wildfire, drones being shot down, etc…) and at this rate it seems like it’s just a matter of time until something more serious happens.

Despite that, the FAA seems to be in no rush. An FAA spokesperson told NBC News that the final regulations should be in place “late next spring” adding that the FAA’s main, ”overriding goal is safety”.

Following the missed deadline, a group of 29 organizations sent a letter to the FAA urging it “to use all available means to finalize the small UAS rules immediately without any further delays and move ahead with the next regulatory steps on the path for integrating all UAS into the NAS [National Airspace System]”.

According to the letter, the drone industry could create 100,000 jobs and $82 billion in economic impact in the first ten years following integration.

The coalition goes on to say that the numbers could be even higher “with the right regulatory environment”, but warns that “with each passing day that commercial integration is delayed, the United States continues to fall behind”.

“We have been consistent in saying that we’re going to move as quickly as possible,” the FAA spokesperson concluded, “but the integration of unmanned aircraft into the nation’s airspace is going to have to proceed on an incremental basis.”

NBC News adds that the FAA is currently reviewing approximately 4,500 public comments it received over the preliminary rules that were proposed back in February so it could still take quite a while.

That being said, with one million new drones expected to be entering the nation’s airspace this holiday season, one can’t help but wonder if the FAA won’t show up too late to the party and lead to disaster?

Planning to travel with a drone? These are the drone regulations around the world