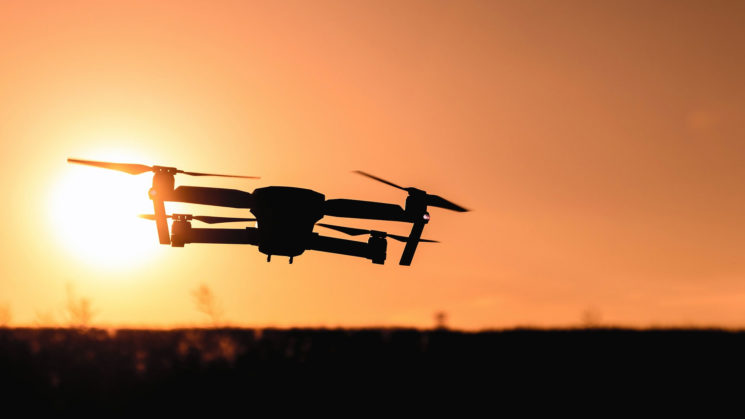 The FAA has relaxed his drone regulations a little in the USA. People no longer have to register them, and guidelines for hobbyists and professionals are quite clear. When Newton Massachusetts attempted take things further with local regulation, though, one resident fought back. Dr Michael Singer, a professor at Harvard, claimed the proposed ordinance was preempted by federal law and violated his rights.

His case won. The court ruled that it was indeed in violation of his rights. sUAS News went live on Google hangouts today with Dr Singer, along with Loretta Alkalay and attorney Jonathan Rupprecht. It’s a very interesting discussion going over what happened and the potential implications for the rest of the USA.

Michael Singer filed suit against the City of Newton, claiming that a proposed ordinance was in violation of his rights. He claimed that it was also preempted by federal law, as well as state privacy law.

On December 19, 2016, Newton’s city council enacted Section 20-64 of the City of Newton Ordinances, entitled Pilotless Aircraft Operation (the “Ordinance”). The Ordinance relates to small unmanned aircraft and their use in the national airspace system,’” says the complaint. “This is an action …seeking declaratory judgment that the Ordinance is preempted by federal law, violates Plaintiffs statutory rights of navigation, and violates Plaintiff’s rights under the First, Fifth, and Fourteenth Amendments and the Massachusetts Privacy Act, M.G.L. C. 214 §1B.

Essentially, the City decided that airspace the FAA allows users to fly in was under control within their city. It forbid flying below 400ft without permission. But here’s the thing, the FAA don’t, as a rule, let people fly higher than 400ft. It also requires that drone operators register with the city clerk for a $10 fee – something which was deemed unconstitutional when the FAA were doing it.

The court agreed that four provisions of the ordinance were preempted by federal law. In short…

The final one, there does not define the term “operator”, nor does it set an altitude limit. Now, it might seem an obvious point, but it doesn’t take POV flyers into account.

So, drone registrations, drone bans, regulating FAA airspace or limiting the methods of piloting a drone are all “conflict preempted” by federal law.

While the case is only binding in the federal district court of Massachusetts, and only struck down 4 provisions of the ordinance, other jurdictions are not required to follow suit. That being said, Jonathan Rupprecht believes that they will.

Courts from other jurisdictions can look at this ruling but do NOT need to follow it. I suspect, however, other courts will likely follow the same rational and invalidate state and local drone laws on the grounds they are conflict preempted ONLY. They will likely not answer field preemption questions.

The complete text of the ruling, as well as Newton’s ordinance, are available on Jonathan Rupprecht’s website, and it makes for an interesting read. Even if only to illustrate to other cities what to not do.

Dear drone pilots, some tips from a private pilot