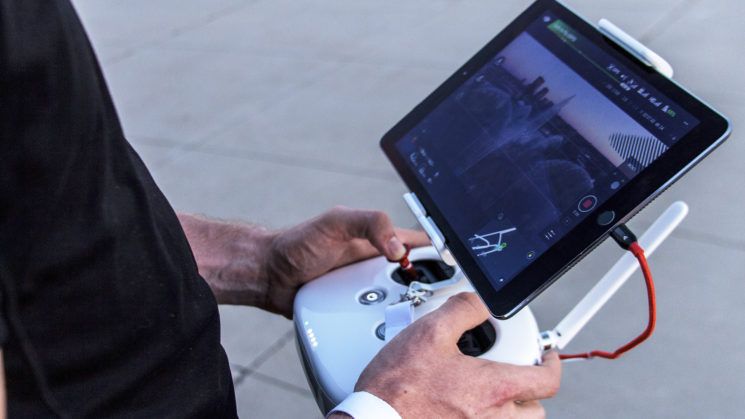 I hold a private pilot certificate, as well as a remote pilot certificate; I am also a photographer. I just wanted to share with you some advice from a budding pilot who comes from the much larger world of flying that is general aviation. I hope this helps you understand basic components of what us normal pilots deal with, while also helping you understand how we operate and how to avoid us. Understanding is critical to safety in many instances.

This is not intended to be a know all be all to flying drones in the States. Most of this information is supplemental, and, again, is intended to help you understand how airspace works, and to help you find what you are looking for. As with anything else, do your own research.

If you are flying drones for hire, you will need a Remote Pilot certificate from the FAA, and this is where the bulk of your drone operation regulations will be. I highly recommend reading the whole thing. If you have questions about whether or not something is legal, this will be your bible. Here’s a “short” and sweet summary of Part 107. Further, make sure to check out the Know Before You Fly Airspace Map before you fly.

If you are flying drones for fun, this is where your rules will be. Here is an FAA interpretation of these rules to help you further understand its meaning. Hopefully it will take care of any ambiguity. As with the above, be sure to check out the Know Before You Fly Airspace Map before you fly.

Look here prior to flying for any and all resources regarding small UAS operation. The FAA has also created a phone app called “B4UFLY” to help plan your drone flights. Very helpful to staying out of trouble.

This is where you will find the contact information to any publicly owned airport, heliport, military facility, and seaplane bases throughout the United States. It will make your life much easier when seeking permission to operate a drone within the vicinity of an airport.

These are imperative for you as a drone pilot understand on at least a basic level. While I don’t recommend relying on it, and instead using the Know Before You Fly Airspace Map, I still feel it important to know. These contain outlines of the airspaces surrounding controlled airports, as well as prohibited and restricted areas.

These are the same charts that many private pilots and even commercial use when flying in visual conditions. As soon as a plane goes into a cloud, the rules of flying change. You can buy VFR sectionals are just about any airport. Use Skyvector for reference. Make sure to click “World VFR” in the top right. Here’s a brief summary on the different kinds of airspace surrounding airports in the United States.

First you must understand that there are two kinds of airports: Towered and Non-Towered (also called Controlled and Uncontrolled, respectively).

Non-Towered airports (also known as uncontrolled airports) have no air traffic control tower. On a VFR sectional, they are noted by a magenta airport symbol.. Further, they may also look like this. Regardless of the features of the airfield symbol, if it’s magenta, then the airport itself is uncontrolled. Non-towered fields usually don’t have controlled airspace surrounding it, but in some instances may. You will not need permission from ATC to operate a drone in vicinity of an uncontrolled airport, as there is no ATC, however, you should try to get the permission of the airport manager prior to operating in the area. The safe rule is that if you are operating a drone for hire, avoid operating that drone if within a 5 mile vicinity of a non-towered airport to avoid a potential violation of Part 107.43; “No person may operate a small unmanned aircraft in a manner that interferes with operations and traffic patterns at any airport, heliport, or seaplane base.” Exercise judicious common sense with interpretation of this rule. If you are operating a drone recreationally, you must stay 5 miles away from any airport, regardless of class.

Towered Airports (also known as controlled airports) do have an air traffic control tower. There are three kinds of airspaces for controlled fields:

Class D airspace: This kind of airspace usually surrounds smaller busy airports. The airports usually have the name “executive” or “regional” somewhere in it, but not always. Class D airports often look like this. Note the blue dashed circle surrounding it, and the numbers reading [28]. [28] means that the airport is controlled from the surface up to and including 2,800 feet MSL (mean sea level). If there is a minus sign in front of the 28, e.g. [-28], then that would mean that the airport is controlled up to but not including 2,800 feet, so effectively, the field is controlled from surface up to 2,799 feet. So take off one foot if there is a minus.

If you are wanting to operate in class D airspace, you need prior authorization. You can find information on this authorization here: Request a Waiver/Airspace Authorization. If authorized and flying within any airspace, I highly recommend you get one of these, tune to and monitor the tower frequency for the airport. Please do not transmit on any of these frequencies; only monitor for situational awareness.

Class C airports: Bigger than Class D. Denoted by a blue airport symbol surrounding by magenta colored circles with markings reading 47/SFC, 47/22, etc. They look like this. Those outer circles are called “shelves”. There is a surface area, which extends from the surface (SFC) to 4,700 feet (47), hence SFC/47. Do not operate drones within the surface area of an airport without ATC authorization. Further out, there is a shelf which extends from 2,200 to 4,700 feet. Below 2,200 is uncontrolled. You are allowed to operate drones below 2,200 feet without ATC authorization. Use caution.

Class B airports: Much bigger than Class B. Usually surround major metropolitan areas. LAX, Las Vegas, Atlanta, Miami, Seattle Tacoma, etc. are all Class B airports. They are depicted by a blue airport symbol with blue shelves surrounding them. They look like this. Same rules as Class C. Do not operate within the surface area of a Class B airport without ATC authorization. They will most likely say no. Same rules with the shelves. On the left, you see 100/40, which means from 4,000 feet to 10,000 feet, Class B airspace exists. You may operate below that. Again, use extreme caution. Often times smaller airplanes operate below these shelves to stay out of the airspace.

Restricted and Prohibited Airspace: You need very explicit permission to get into these airspaces, even as a pilot. Depending on where it is located, there are “hot” and “cold” times where this airspace is in use. Finding these times can be very confusing, and I often second guess myself with determining whether or not I’m able to fly through them, so as a rule, I avoid them all together. I recommend you do the same. Restricted airspace looks like this on a VFR sectional. Prohibited airspace looks like this on a VFR sectional.

Please bear in mind that all airspace is in MSL (mean sea level), basically barometric altitude above sea level. Drone altitudes are all AGL (above ground level), which is your level above the ground. You cannot operate a drone higher than 400 AGL (above ground level). Basically, you can’t fly it higher than 400 feet over whatever your drone happens to be flying over. You may also not violate Class B, C, or D airspace in exercising this rule. So if a building is 2,000 feet and a class C shelf begins at 2,100 feet, it would behoove you not to fly a drone 400 feet above that building, as you would be at 2,400 feet, which would be within class C airspace, which you need a waiver to operate within.

Further, please understand that the National Airspace System (NAS) is complex. There are many aspects of it which are not covered here. Please do not determine whether you can fly in a certain area solely from a VFR sectional and go fly in it. As previously recommended, http://knowbeforeyoufly.org/ is an incredible resource for drone pilots.

All in all, the main thing is that you utilize common sense and follow the rules. If you do both, you will be fine. If you see an airplane flying around at 1,000 feet, it’d be best to bring your new DJI down until the airplane passes. Albeit the temptation for getting those sick urban shots is strong, and can very well be rewarding, keep in mind that you are often sharing the skies to some degree with other airplanes, as well as potentially posing a hazard to people and property below. Don’t fly over large groups of people, or traffic congested highways/freeways. And please, please, please for God’s sake do not break any of these rules. They are not only there for your safety, but more importantly, the safety of the people around you. You could literally kill someone by breaking these rules. No one wants that.

I hope this helps. I’m open to questions, so feel free to ask.

As well as being a licensed private pilot, Ngaio is also a portrait and commercial photographer based in Las Vegas, Nevada. You can find out more about him on his website, follow his work on Instagram, or reach out to him through Facebook. Also published here and shared with permission.

Disclaimer: The goal posts are always moving, and so are the rules. The laws around drone usage also vary greatly around the world. So, don’t take this guide as being 100% applicable to everybody and every situation. Check your country’s and local laws before you fly, so that you know you’re doing so safely and legally.